Abstract
While traditionally species recognition has been based solely on morphological differences either typological or quantitative, several newly developed methods can be used for a more objective and integrative approach on species delimitation. This may be especially relevant when dealing with cryptic species or species complexes, where high overall resemblance between species is coupled with comparatively high morphological variation within populations. Rock lizards, genus Darevskia, are such an example, as many of its members offer few diagnostic morphological features. Herein, we use a combination of genetic, morphological and ecological criteria to delimit cryptic species within two species complexes, D. chlorogaster and D. defilippii, both distributed in northern Iran. Our analyses are based on molecular information from two nuclear and two mitochondrial genes, morphological data (15 morphometric, 16 meristic and four categorical characters) and eleven newly calculated spatial environmental predictors. The phylogeny inferred for Darevskia confirmed monophyly of each species complex, with each of them comprising several highly divergent clades, especially when compared to other congeners. We identified seven candidate species within each complex, of which three and four species were supported by Bayesian species delimitation within D. chlorogaster and D. defilippii, respectively. Trained with genetically determined clades, Ecological Niche Modeling provided additional support for these cryptic species. Especially those within the D. defilippii-complex exhibit well-differentiated niches. Due to overall morphological resemblance, in a first approach PCA with mixed variables only showed the separation between the two complexes. However, MANCOVA and subsequent Discriminant Analysis performed separately for both complexes allowed for distinction of the species when sample size was large enough, namely within the D. chlorogaster-complex. In conclusion, the results support four new species, which are described herein. 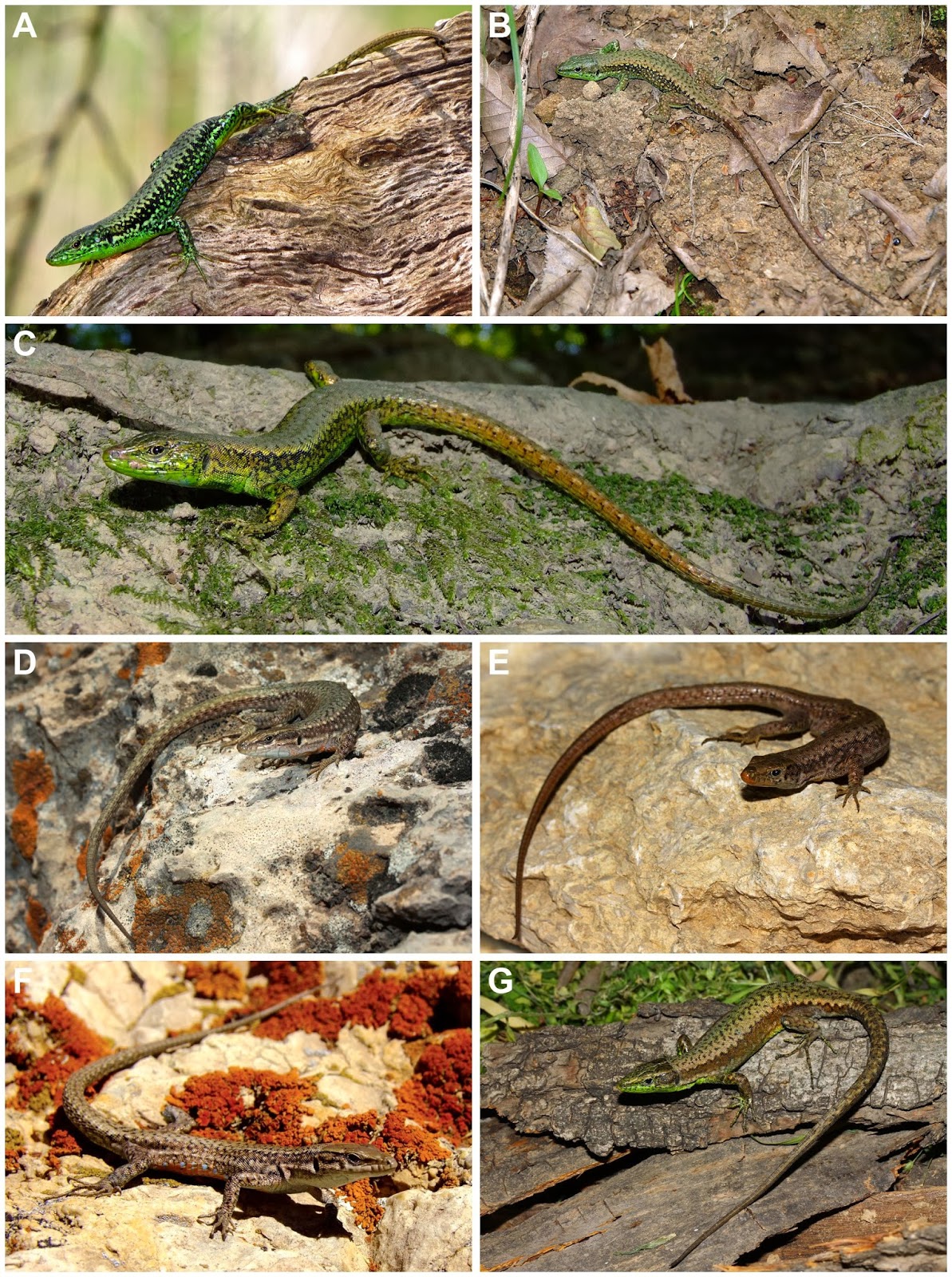