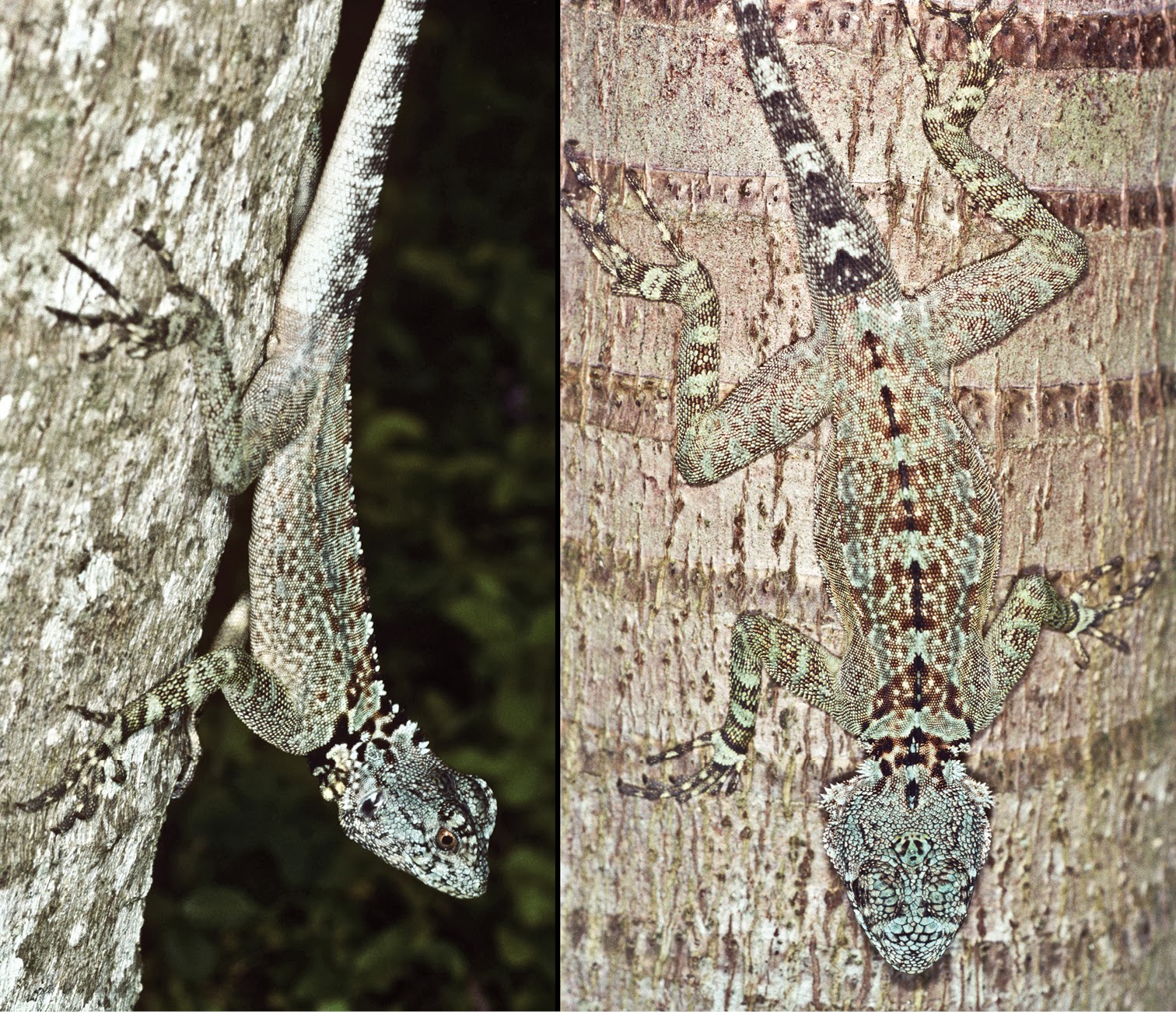 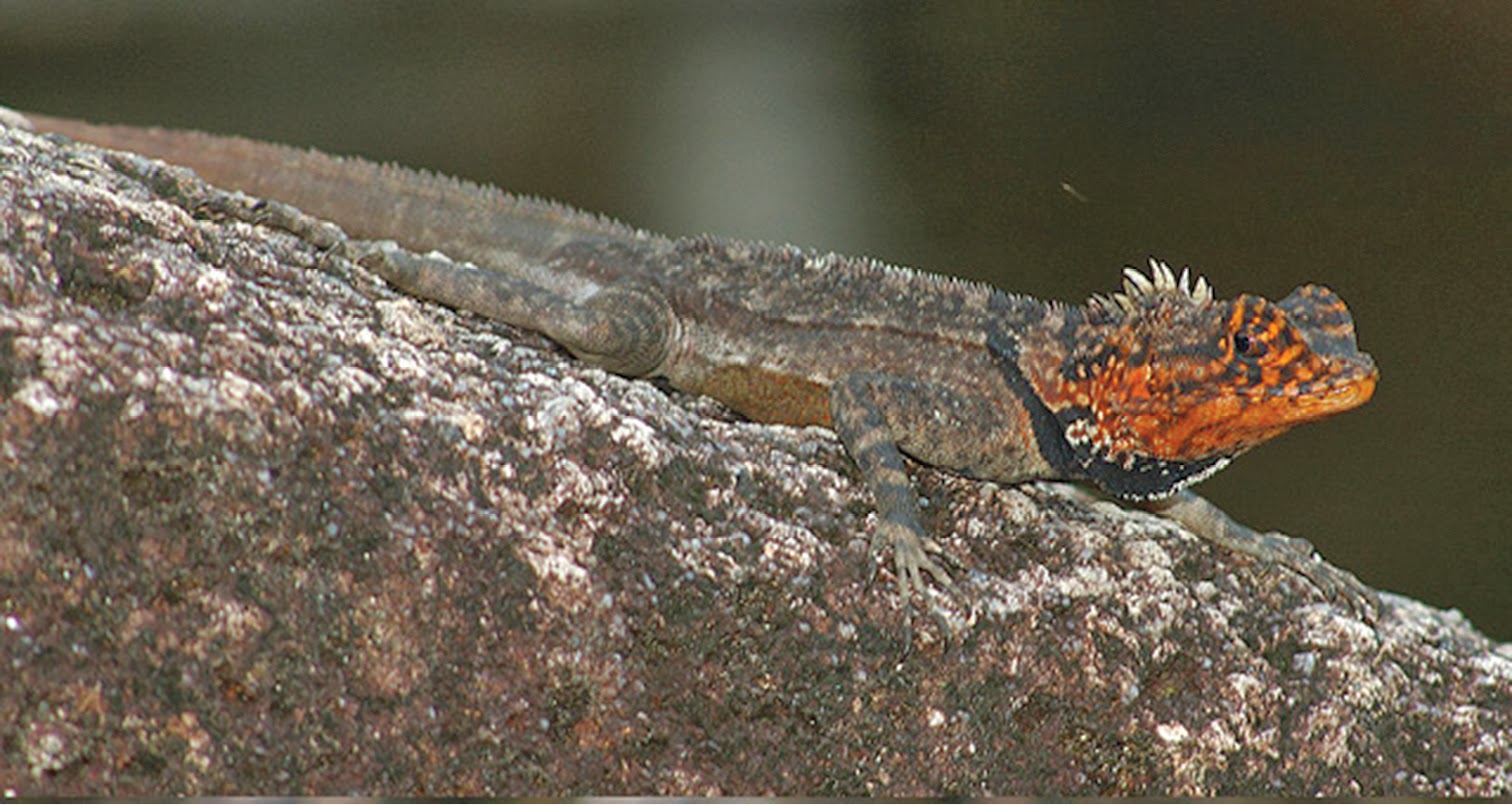 Abstract
The arboreal, Neotropical lizard Plica plica (Linnaeus, 1758) has been long considered a widespread species with a distribution east of the Andes. A preliminary examination of 101 specimens from about 28 locations mostly north of the Amazon suggests that Plica plica is a cryptic species complex with taxa that can be distinguished on the basis of the number of scale rows at mid-body; the arrangement, shape and ornamentation of scales on the snout; the number of lamellae on the fourth toe; the number of subocular plates; as well as other commonly used external morphological traits. The allopatric species discussed here are concordant with northern South American geography. Plica plica (Linnaeus, 1758) is associated with the Guiana Shield (Suriname, Guyana and Venezuela). A second species, P. caribeana sp. n. is associated with the Caribbean Coastal Range of Venezuela including Trinidad and Tobago. A third, distinctive species, P. rayi sp. n. is associated with the middle Orinoco at the eastern edge of the Guiana Shield. Two other species, P. kathleenae sp. n. and P. medemi sp. n., each based upon a single specimen, one from the Sierra Acarai Mountains of Guyana, and the other from southern Meta, Colombia are described. In addition to morphological analyses, we sequenced 12S and 16S rDNA gene fragments from one Plica plica from Trinidad to assess its relationship and taxonomy to other mainland Plica cf. plica. The results suggest Plica caribeana sp. n. likely diverged prior to the separation of Trinidad from northern Venezuela. Isolation in the Caribbean Coastal Range during its rapid uplift in the late Miocene, combined with a marine incursion into northern Venezuela may have contributed to their genetic divergence from other populations.

Etymology: Named in honor of Kathleen Kelly, Division of Amphibians and Reptiles, Field Museum of Natural History, for her interest and effort on behalf of herpetology.
Distribution: Known only from the type locality in the Acarai Mountains of Guyana.

Etymology: The lizard is named in honor of Colombian herpetologist Fredrico Medem.
Distribution: Known only from the type locality at Angostura No. 2, Cerro de las Pinturas, Lower Guayabero, and Meta, Colombia.

Etymology: This lizard is namedin honor of Ray Pawley, former Curator of Reptiles at Brookfield Zoo, for his lifelong interests and work on amphibians and reptiles. Suggested common name: Ray’s Treerunner.
Distribution: Known from two localities along the Orinoco River:Puerto Ayacucho, Amazonas, Venezuela and Puerto Carreno, Vichada, Colombia. The distance between these two locations is about 65 km. They have also been observed at Tobogan de la Selva and Raudal de Danto at Autana.