Many species travel in highly organized groups. The most quoted function of these configurations is to reduce energy expenditure and enhance locomotor performance of individuals in the assemblage. The distinctive V formation of bird flocks has long intrigued researchers and continues to attract both scientific and popular attention. The well-held belief is that such aggregations give an energetic benefit for those birds that are flying behind and to one side of another bird through using the regions of upwash generated by the wings of the preceding bird, although a definitive account of the aerodynamic implications of these formations has remained elusive. Here we show that individuals of northern bald ibises (Geronticus eremita) flying in a V flock position themselves in aerodynamically optimum positions, in that they agree with theoretical aerodynamic predictions. Furthermore, we demonstrate that birds show wingtip path coherence when flying in V positions, flapping spatially in phase and thus enabling upwash capture to be maximized throughout the entire flap cycle. In contrast, when birds fly immediately behind another bird—in a streamwise position—there is no wingtip path coherence; the wing-beats are in spatial anti-phase. This could potentially reduce the adverse effects of downwash for the following bird. These aerodynamic accomplishments were previously not thought possible for birds because of the complex flight dynamics and sensory feedback that would be required to perform such a feat. We conclude that the intricate mechanisms involved in V formation flight indicate awareness of the spatial wake structures of nearby flock-mates, and remarkable ability either to sense or predict it. We suggest that birds in V formation have phasing strategies to cope with the dynamic wakes produced by flapping wings.
.....
2014. Nature. 505, 399–402.
doi: dx.doi.org/10.1038/nature12939 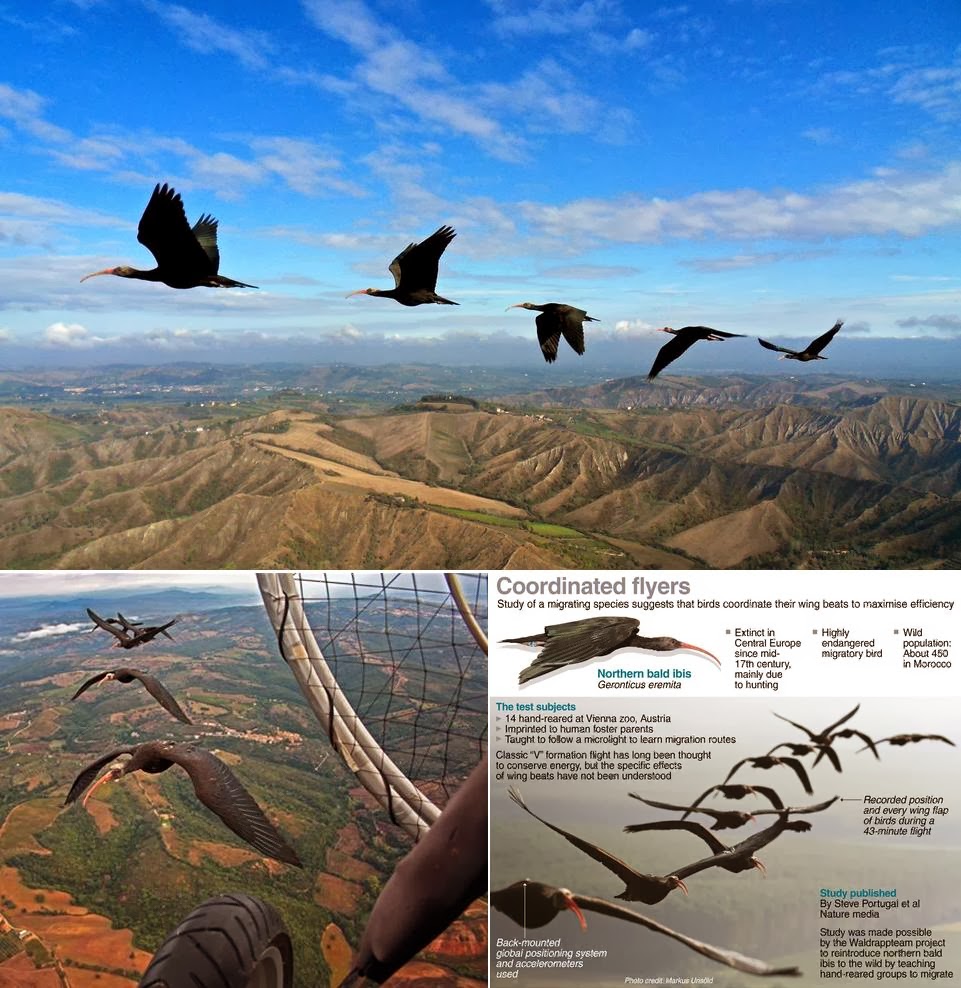 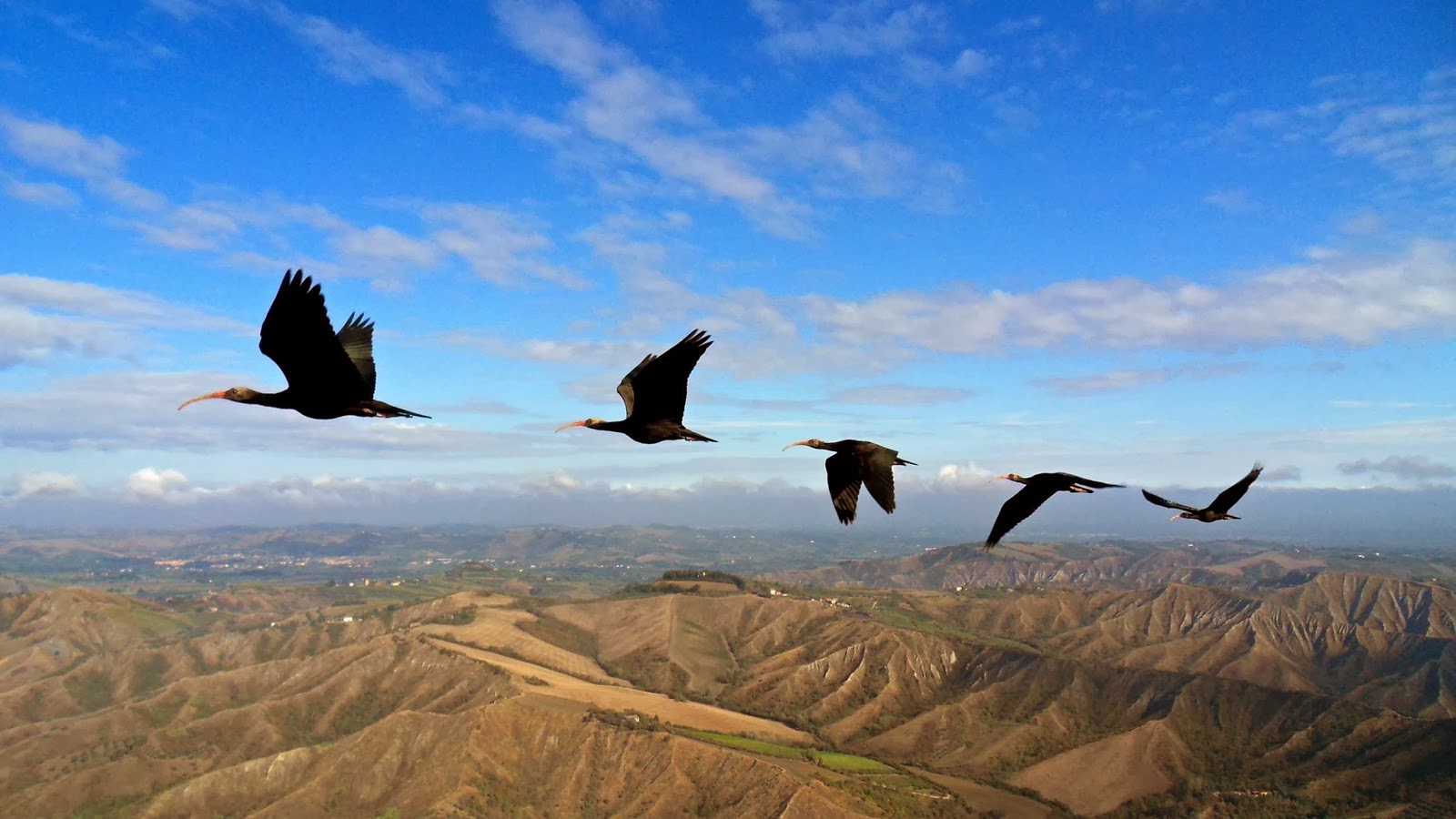 V is for vortex
An endangered species helps scientists to learn why migrating birds fly in a familiar formation.
doi: dx.doi.org/10.1038/505262a