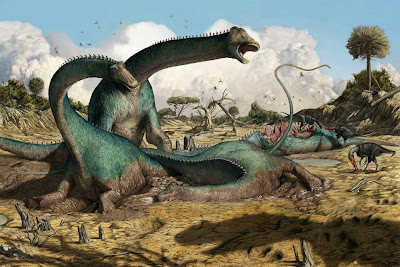 Abstract
A new taxon of diplodocid sauropod, Kaatedocus siberi gen. et sp. nov., is recognized based on well-preserved cervical vertebrae and skull from the Morrison Formation (Kimmeridgian, Late Jurassic) of northern Wyoming, USA. A phylogenetic analysis places it inside Diplodocinae (Sauropoda: Flagellicaudata: Diplodocidae), as a sister taxon to a clade uniting Tornieria africana and the classical diplodocines Barosaurus lentus and Diplodocus. The taxon is diagnosed by a unique combination of plesiomorphic and derived traits, as well as the following unambiguous autapomorphies within Diplodocidae: frontals separated anteriorly by a U-shaped notch; squamosals restricted to the post-orbital region; presence of a postparietal foramen; a narrow, sharp and distinct sagittal nuchal crest; the paired basal tuber with a straight anterior edge in ventral view; anterior end of the prezygapophyses of mid- and posterior cervical vertebrae is often an anterior extension of the pre-epipophysis, which projects considerably anterior to the articular facet; anterodorsal corner of the lateral side of the posterior cervical vertebrae marked by a rugose tuberosity; posterior margin of the prezygapophyseal articular facet of posterior cervical vertebrae bordered posteriorly by conspicuous transverse sulcus; posterior cervical neural spines parallel to converging. The inclusion of K. siberi and several newly described characters into a previously published phylogenetic analysis recovers the new taxon as basal diplodocine, which concurs well with the low stratigraphical position of the holotype specimen. Dinheirosaurus and Supersaurus now represent the sister clade to Apatosaurus and Diplodocinae and therefore the most basal diplodocid genera. The geographical location in the less known northern parts of the Morrison Fm., where K. siberi was found, corroborates previous hypotheses on faunal provinces within the formation. The probable subadult ontogenetic stage of the holotype specimen allows analysis of ontogenetic changes and their influence on diplodocid phylogeny. 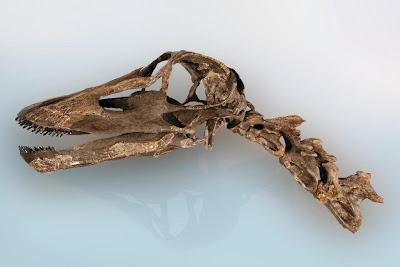 Etymology. ‘Kaate’ means small in the Crow (Absaroka) language, one of the Native American tribes of northern Wyoming. ‘Docus’ is an allusion to Diplodocus and the Greek dokos/δoκoς ‘beam’. ‘Siberi’ is after Hans-Jakob ‘Kirby’ Siber, b. 1942, doctor honoris causa of the University of Zurich, Switzerland. Siber is the founder and director of the Sauriermuseum Aathal, Switzerland, and organized and funded the excavation, preparation and curation of the holotype specimen of Kaatedocus siberi. 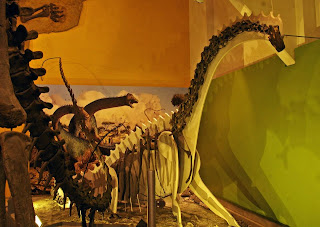 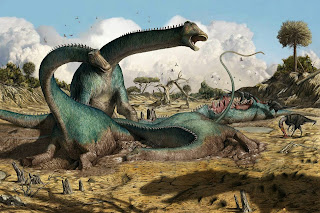 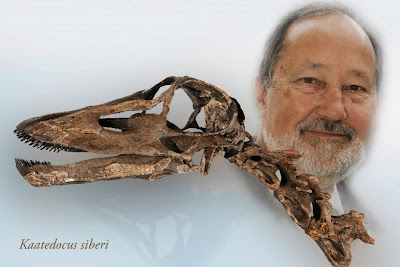 Hans-Jakob ‘Kirby’ Siber, b. 1942, doctor honoris causa of the University of Zurich, Switzerland. Siber is the founder and director of the Sauriermuseum Aathal, Switzerland, and organized and funded the excavation, preparation and curation of the holotype specimen of Kaatedocus siberi.
http://www.sauriermuseum.ch/de/home/ | http://facebook.com/Sauriermuseum 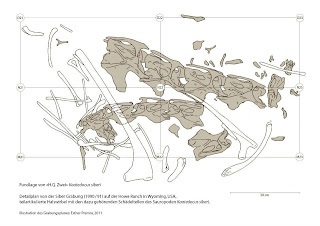 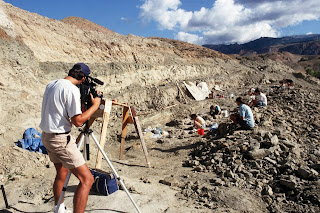 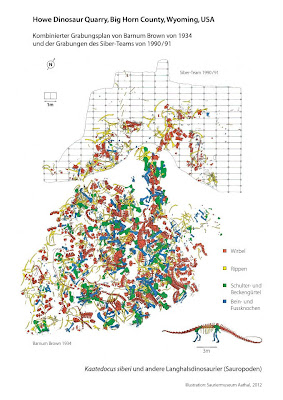 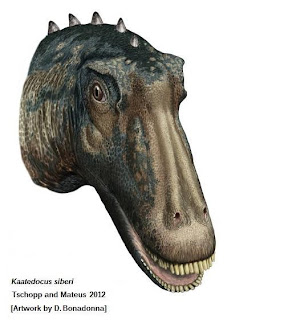