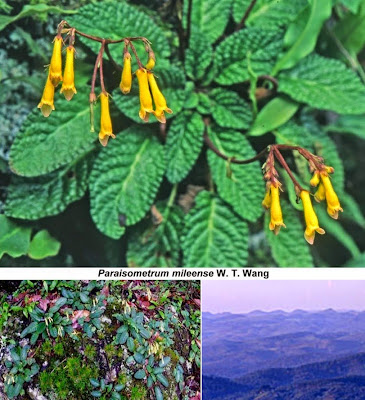 The karst regions in South China have an abundance of endemic plants that face high extinction risks. The Chinese Gesneriaceae endemic Paraisometrum mileense ( = Oreocharis mileensis), was presumed extinct for 100 years. After its re-discovery, the species has become one of five key plants selected by the Chinese forestry government to establish a new conservation category for plants with extremely small populations. For conservation purposes, we studied the phylogenetic and population genetic status of P. mileense at the three only known localities in Guangxi, Guizhou and Yunnan.

We collected 64 samples (52 species) of Oreocharis and 8 samples from three provinces of P. mileense and generated molecular phylogenies, and inferred that P. mileense represents a relatively isolated and derived taxonomic unit within Oreocharis. Phylogeographic results of 104 samples of 12 populations of P. mileense indicated that the populations in Yunnan have derived from those in Guangxi and Guizhou. Based on AFLP data, the populations were found to harbor low levels of genetic diversity (He = 0.118), with no apparent gradient across the species’ range, a restricted gene flow and significant isolation-by-distance with limited genetic differentiation among the populations across the three provinces (FST = 0.207, P<0.001). The 10 populations in Yunnan were found to represent two distinct lineages residing at different altitudes and distances from villages.

The low levels of genetic diversity found in P. mileense are perhaps a consequence of severe bottlenecks in the recent past. The distribution of the genetic diversity suggests that all populations are significant for conservation. Current in situ and ex situ measures are discussed. Further conservation actions are apparently needed to fully safeguard this conservation flagship species. Our work provides a model of an integrated study for the numerous endemic species in the karst regions with extremely small populations. 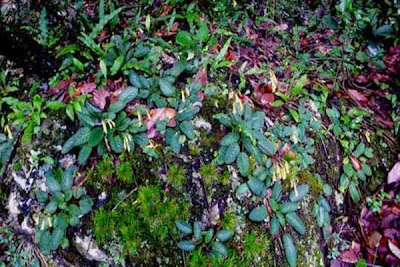 Paraisometrum mileense, an "extinct" plant rediscovered
A wild population of P. mileense, thought to be extinct in the wild for 100 years, has been rediscovered in Yunnan, China by the Millennium Seed Bank Partnership.
http://www.kew.org/discover/news/plant-story-paraisometrum-mileense-extinct-plant-rediscovered