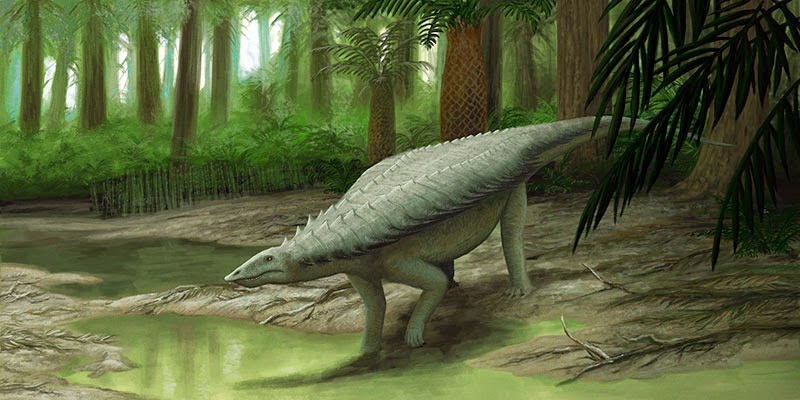 ABSTRACT
Aetosaurs are an extinct clade of quadrupedal, heavily armored archosaurs that had a worldwide distribution during the Late Triassic. Aetosaur fossils from the Upper Triassic Pekin Formation in the Deep River Basin of North Carolina (U.S.A.) consist primarily of isolated osteoderms and, rarely, more associated material. Here we describe a new genus and species, Gorgetosuchus pekinensis, based on an associated incomplete anterior carapace, consisting of a total of 19 nearly complete paramedian and lateral osteoderms from the first 10 rows of armor as well as some associated fragments. An important feature of Gorgetosuchus is that an articulated fifth row of cervical osteoderms almost encloses the neck, with prominent spines on both the dorsal and lateral osteoderms. This is a novel configuration among aetosaurs. Otherwise, NCSM 21723 preserves a mosaic of character states found in Longosuchus, Lucasuchus, or both taxa while simultaneously preserving several more plesiomorphic character states, such as cervical osteoderms that are wider than long. Our reevaluation of other Pekin Formation specimens that various authors have assigned to Desmatosuchus, Longosuchus, or Lucasuchus confirms that some possess characteristics of Lucasuchus, whereas others are not generically determinate. Incorporating Gorgetosuchus into existing phylogenies of aetosaurs results in a reshuffling of basal aetosaur relationships, but a variety of analyses consistently place Gorgetosuchus as a basal desmatosuchine. Using current taxonomic practices, there are at least three aetosaur genera in the Pekin Formation: Lucasuchus, Coahomasuchus, and Gorgetosuchus. 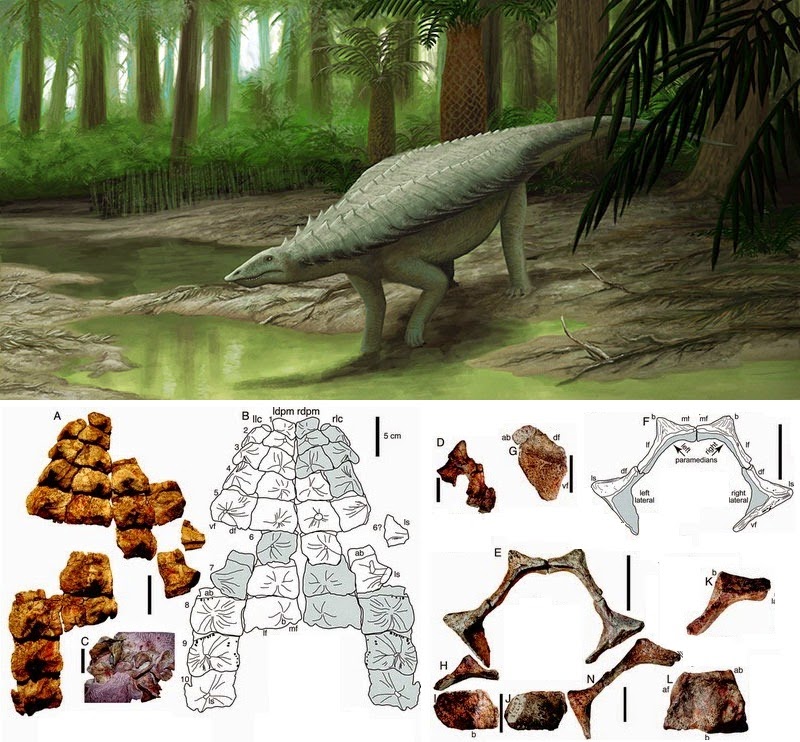