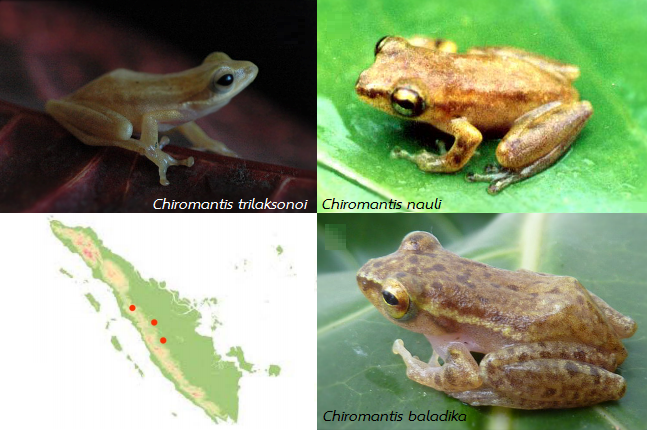 We described three new species of the genus Chiromantis, one added as a member of Javan frogs and two others as new members of Sumatran frogs. Discovery of the new frogs from Sumatra and Java is not surprising. Because Sumatra is one of the biggest islands in Indonesia with varied habitat types, herpetofaunal survey especially on frogs in this island is still insufficient. As for Java whose herpetofauna has been relatively well studied, the present finding of a new species suggests occurrence of more undescribed species and/or future record of taxa occurring elsewhere.