[Herpetology • 2015] An Integrative Taxonomic Review of the Agamid Genus Bronchocela (Kuhl, 1820) from Peninsular Malaysia with Descriptions of New Montane and Insular Endemics; Bronchocela shenlong & B. rayaensis

An integrative taxonomic analysis is used to identify and describe two new species of the agamid genus Bronchocela (Kuhl) from Peninsular Malaysia: an upland species Bronchocela shenlong sp. nov. from Bukit Larut, Perak in the Bintang Mountain Range and Parit Falls, Cameron Highlands, Pahang in the Titiwangsa Mountain Range and an insular species, Bronchocela rayaensis sp. nov., from Pulau Langkawi, Kedah off the northwest coast on the border with Thailand. Both species are diagnosed from each other and all other species of Bronchocela on the basis of body shape, scale morphology, and color pattern. The analysis also demonstrates the remarkable genetic similarity of B. cristatella (Kuhl) throughout 1120 km of its range from northern Peninsular Malaysia to western Borneo despite its highly variable coloration and pattern. The two new species are appended to a rapidly growing list of newly described lizard species (60 to date) from Peninsular Malaysia tallied within the last decade. 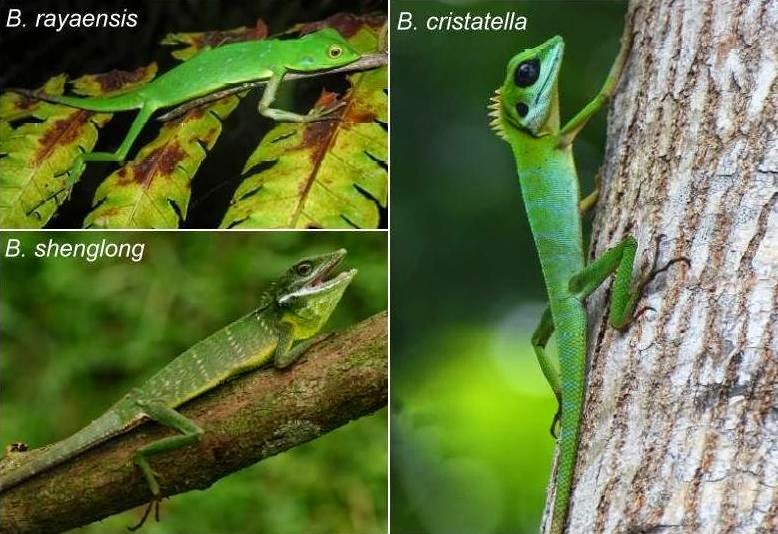 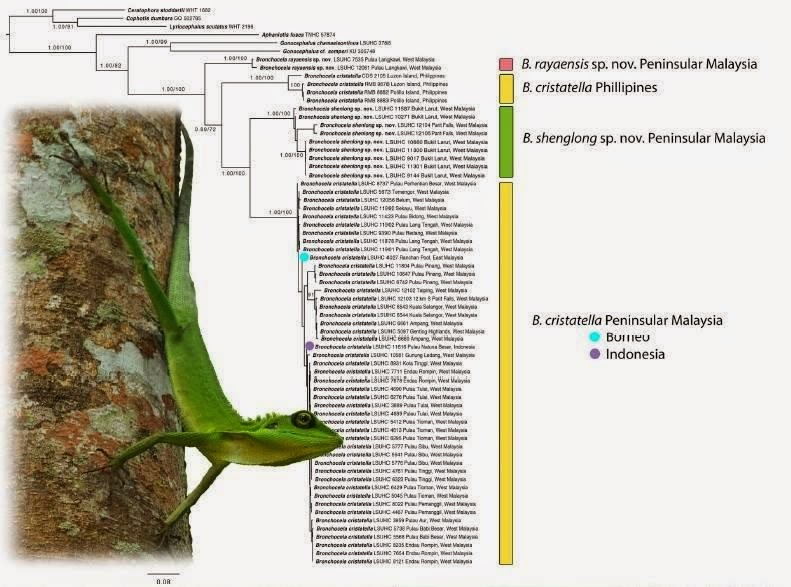 Etymology. The specific epithet shenlong is used here to indicate this species’ morphological and ecological similarity to the “Shen Long” or “Spirit Dragon” of Chinese mythology. Shen Long is a wingless, five-toed, azurecolored reptile that resides in mountains and controls the wind, thunder, rain and clouds. As the epithet is used here, shenlong refers to this species’ upland, cloud forest habitat as well as its general dragon-like appearance.

Distribution. Bronchocela shenlong sp. nov. is known only from Bukit Larut, Perak in the Bintang Mountain Range and from Parit Falls, Cameron Highlands, Pahang in the Titiwangsa Mountain Range (Fig. 1).


Distribution. Bronchocela rayaensis sp. nov. is confirmed only from Pulau Langkawi, Kedah, Peninsular Malaysia (Fig. 1). However, B. cristatella has been reported from Pulau Singa Besar, a small satellite island off the southern coast of Pulau Langkawi (Grismer 2008; Lim et al. 2009). The specimens on which these reports were based (DWNP 2250, 2997) should be re-examined as they may be B. rayaensis sp. nov.

Etymology. The specific epithet is derived from the Malay word raya meaning “great” and the Latin suffix -ensis meaning “originating in” and refers to this species discovery at the type locality on Gunung Raya. 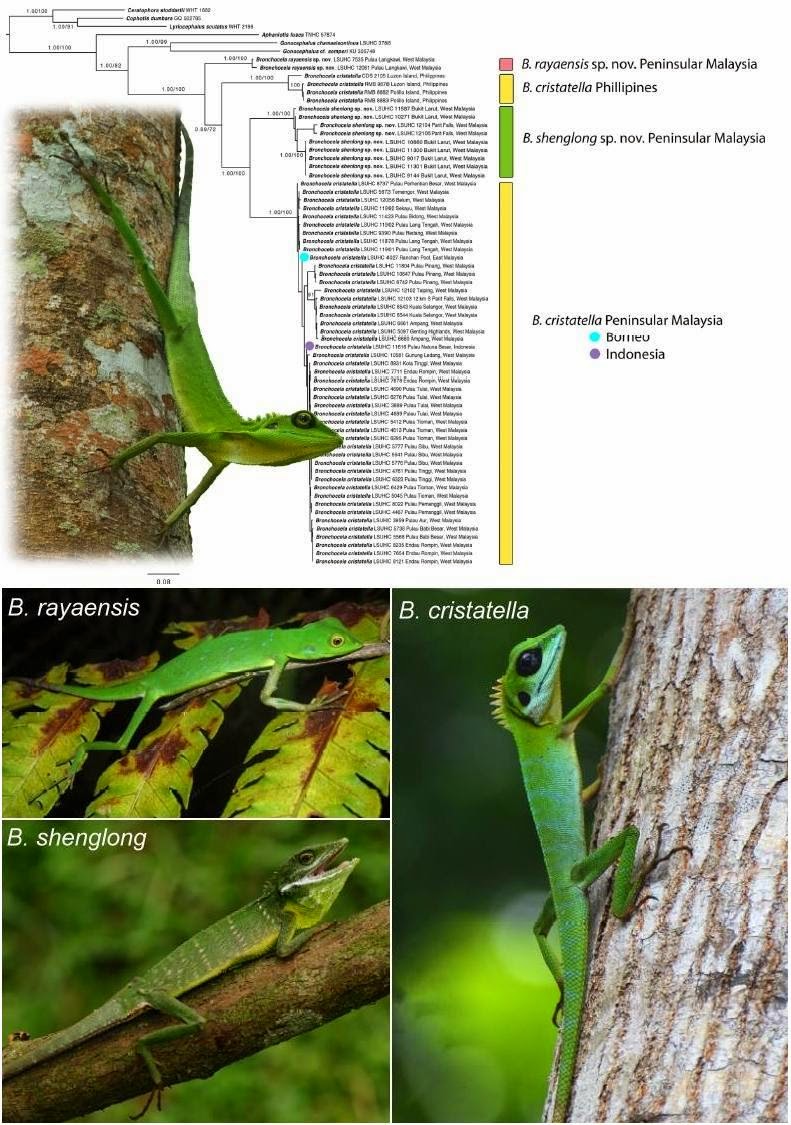