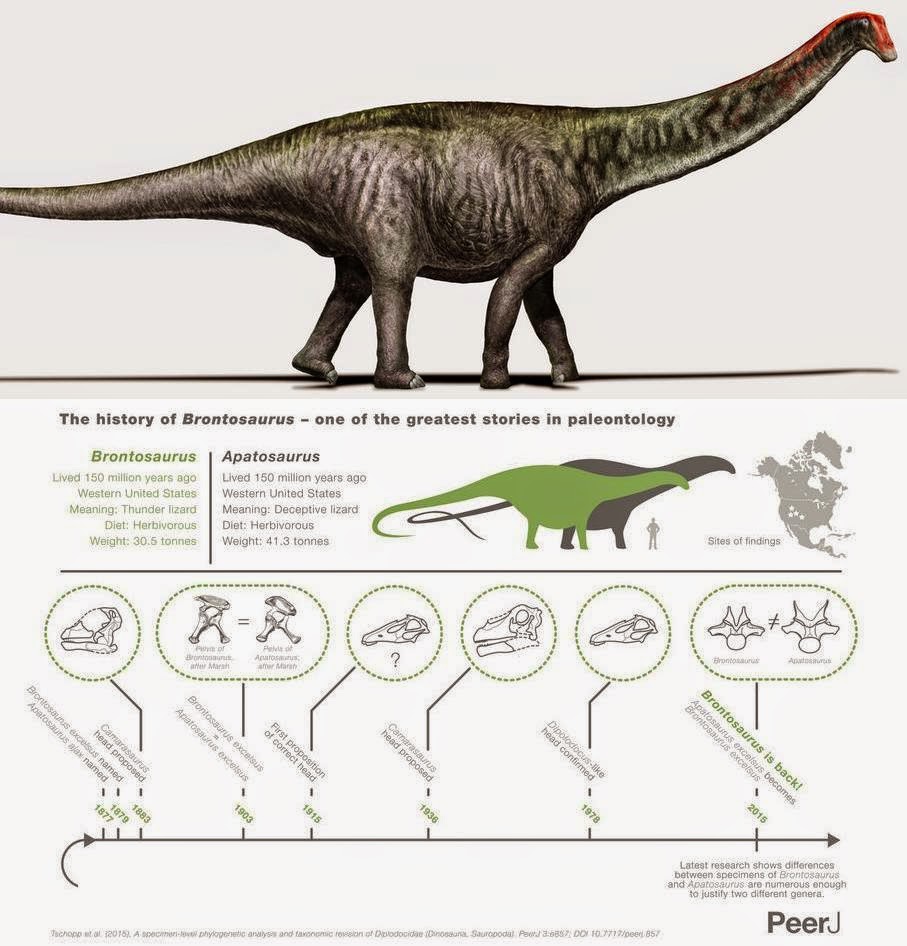 Diplodocidae are among the best known sauropod dinosaurs. Several species were described in the late 1800s or early 1900s from the Morrison Formation of North America. Since then, numerous additional specimens were recovered in the USA, Tanzania, Portugal, and Argentina, as well as possibly Spain, England, Georgia, Zimbabwe, and Asia. To date, the clade includes about 12 to 15 nominal species, some of them with questionable taxonomic status (e.g., ‘Diplodocus’ hayi or Dyslocosaurus polyonychius), and ranging in age from Late Jurassic to Early Cretaceous. However, intrageneric relationships of the iconic, multi-species genera Apatosaurus and Diplodocus are still poorly known. The way to resolve this issue is a specimen-based phylogenetic analysis, which has been previously implemented for Apatosaurus, but is here performed for the first time for the entire clade of Diplodocidae.

The analysis includes 81 operational taxonomic units, 49 of which belong to Diplodocidae. The set of OTUs includes all name-bearing type specimens previously proposed to belong to Diplodocidae, alongside a set of relatively complete referred specimens, which increase the amount of anatomically overlapping material. Non-diplodocid outgroups were selected to test the affinities of potential diplodocid specimens that have subsequently been suggested to belong outside the clade. The specimens were scored for 477 morphological characters, representing one of the most extensive phylogenetic analyses of sauropod dinosaurs. Character states were figured and tables given in the case of numerical characters.

The resulting cladogram recovers the classical arrangement of diplodocid relationships. Two numerical approaches were used to increase reproducibility in our taxonomic delimitation of species and genera. This resulted in the proposal that some species previously included in well-known genera like Apatosaurus and Diplodocus are generically distinct. Of particular note is that the famous genus Brontosaurus is considered valid by our quantitative approach. Furthermore, “Diplodocus” hayi represents a unique genus, which will herein be called Galeamopus gen. nov. On the other hand, these numerical approaches imply synonymization of “Dinheirosaurus” from the Late Jurassic of Portugal with the Morrison Formation genus Supersaurus. Our use of a specimen-, rather than species-based approach increases knowledge of intraspecific and intrageneric variation in diplodocids, and the study demonstrates how specimen-based phylogenetic analysis is a valuable tool in sauropod taxonomy, and potentially in paleontology and taxonomy as a whole. 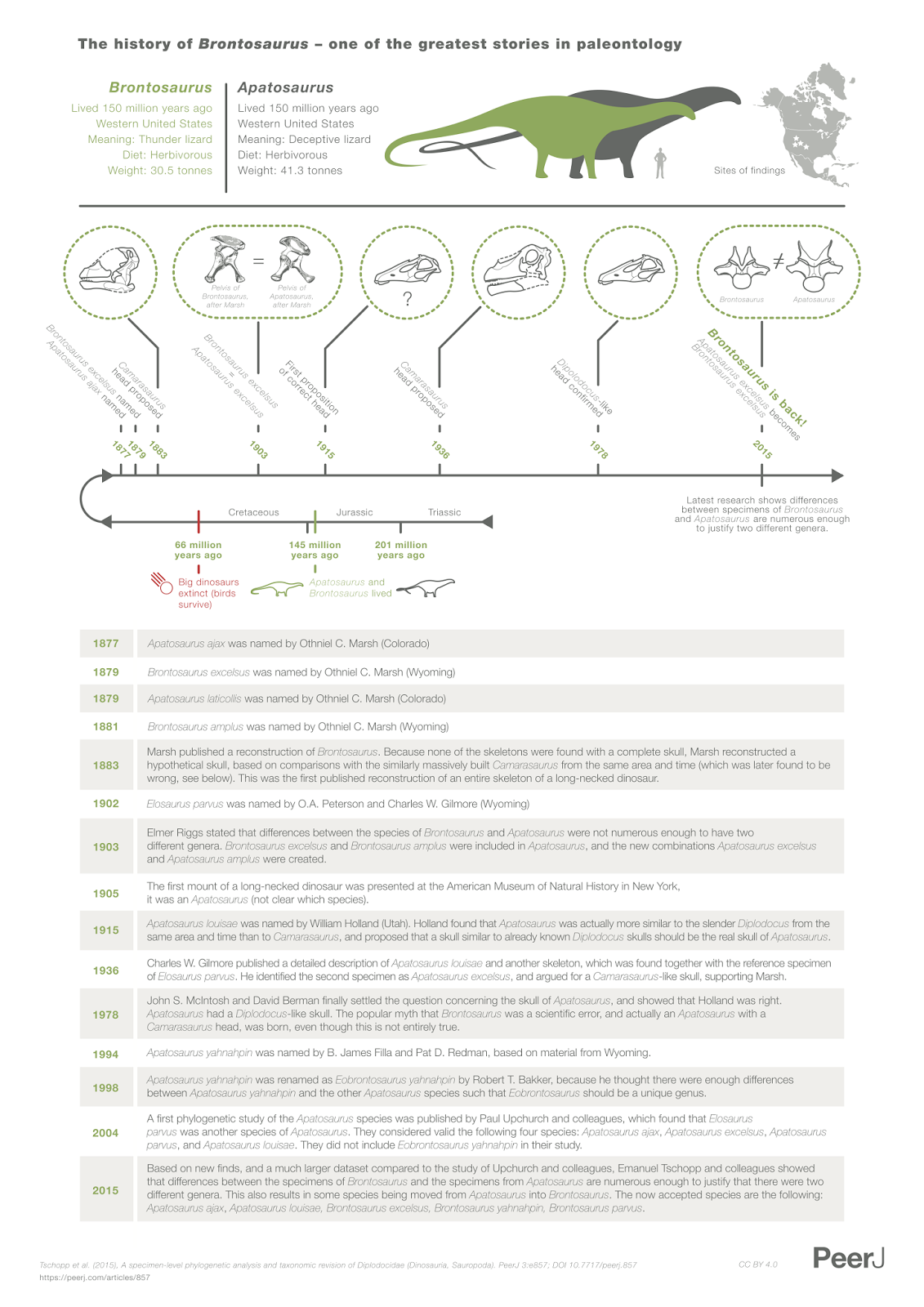 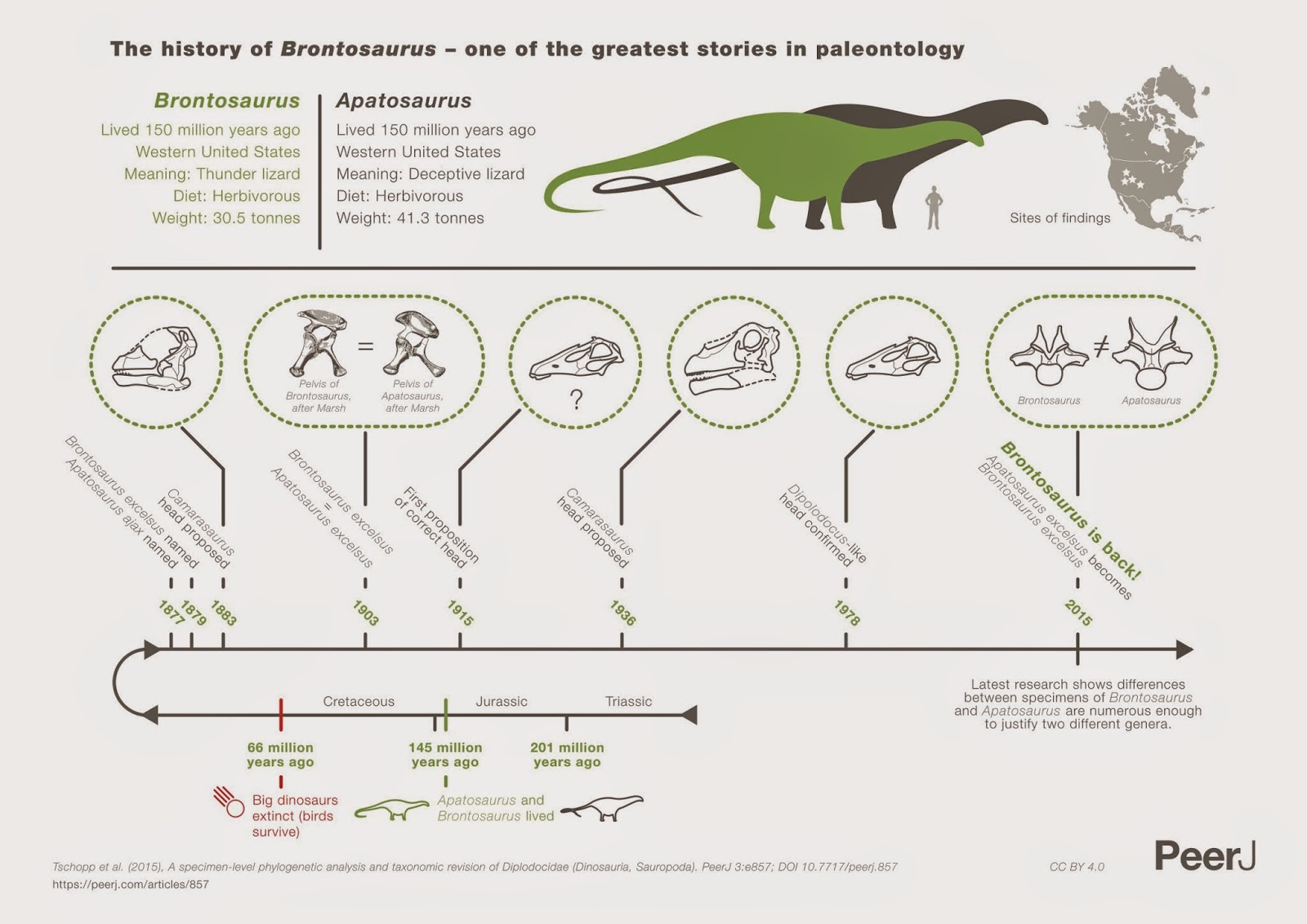 Etymology: ‘Galeam’ means helmet, and ‘opus’ need, necessity in Latin, which literally translates to the German name Wilhelm (meaning “want helmet, protection”) and its English translation William. Galeamopus remembers and honors the two ‘Williams’ intimately connected with the genoholotype specimen HMNS 175: William H. Utterback and William J. Holland. Utterback found HMNS 175 in 1902 and Holland described its braincase in 1906, and named the holotype species G. hayi as Diplodocus hayi in 1924—although already stating that the morphological differences between G. hayi and Diplodocus might be enough to allow the erection of a new genus in future. Galeamopus is also an allusion to the fact that the fragile braincase is the only described part of the holotype skeleton to date.

Comment: Given the possible occurrence of a second species within Galeamopus, the diagnosis of G. hayi is here restricted to its holotype, which is the only specimen definitely referrable to this species. 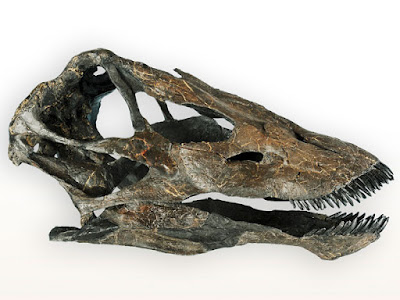 Forget Extinct: The Brontosaurus Never Even Existed http://n.pr/THDv0O @nprnews
The Brontosaurus is Back – Author Interview https://peerj.com/blog/post/111369042783 @ThePeerJ
Why Brontosaurus is no longer a dirty word for dinosaur hunters http://theconversation.com/why-brontosaurus-is-no-longer-a-dirty-word-for-dinosaur-hunters-39760 via @ConversationUK