Sauropterygia is a diverse group of Mesozoic marine reptiles that includes the Plesiosauria, one of the most successful clades from the Jurassic to the Cretaceous. The body plan of the Plesiosauria differs from that of basal sauropterygians by adaptations for life in the open ocean, as expressed by the propulsive, paddle-like limbs (Storrs, 1993; Sato et al., 2010; Benson et al., 2012). Triassic pistosauroids are believed to be important in the search for the origin of Plesiosauria (Rieppel et al., 2002; Sato et al., 2010). Until recently, the sister-group relationship between them was mainly based on cranial information, because of the generally poor preservation of Triassic pistosauroid specimens. Eight genera have been reported so far (Meyer, 1839; Yang, 1959, 1965; Storrs, 1991; Rieppel, 1997, 1998, 1999; Sander et al., 1997; Cheng et al., 2006; Dalla Vecchia, 2006), but some of these are known only from relatively complete cranial material (Augustasaurus Sander et al., 1997; Corosaurus Case, 1936; Cymatosaurus Fritsch, 1894; Pistosaurus Meyer, 1839; Yunguisaurus Cheng et al., 2006), whereas Yunguisaurus remains to date the only taxon represented by a complete skeleton.

Three genera of pistosauroids have been reported from the Triassic marine reptile faunas of southwestern China. Chinchenia sungi Young, 1965, from the upper Middle Triassic of Qingzhen, Guizhou Province, and Kwangsisaurus orientalis Young, 1959, from the upper Lower or lower Middle Triassic of Wuming, Guangxi Province, are both extremely fragmentary and listed as Pistosauroidea incertae sedis (Yang, 1959, 1965; Rieppel, 1999, 2000). Yunguisaurus liae Cheng, Sato, Wu, and Li, 2006, from the late Middle Triassic of Chajiang, Guizhou Province, and Fuyuan, Yunnan Province, is the only one represented by a complete skeleton, which is suggestive of early stages of adaptation towards the plesiosaurian functional style (Cheng et al., 2006; Zhao et al., 2008; Sato et al., 2010, 2014). Thus, more complete material should be described to provide new information that would better resolve the origin of Plesiosauria.

Here, we report a new pistosauroid, Wangosaurus brevirostris, gen. et sp. nov., from the late Middle Triassic of Xingyi, Guizhou Province, which shows a combination of plesiomorphic and derived characters (Fig. 1). Due to the rarity of complete and articulated skeletons of pistosauroids, and the presence of enough unique characters gleaned from the dorsal view of this specimen to establish a new genus, we here provide a preliminary description and phylogenetic analysis. 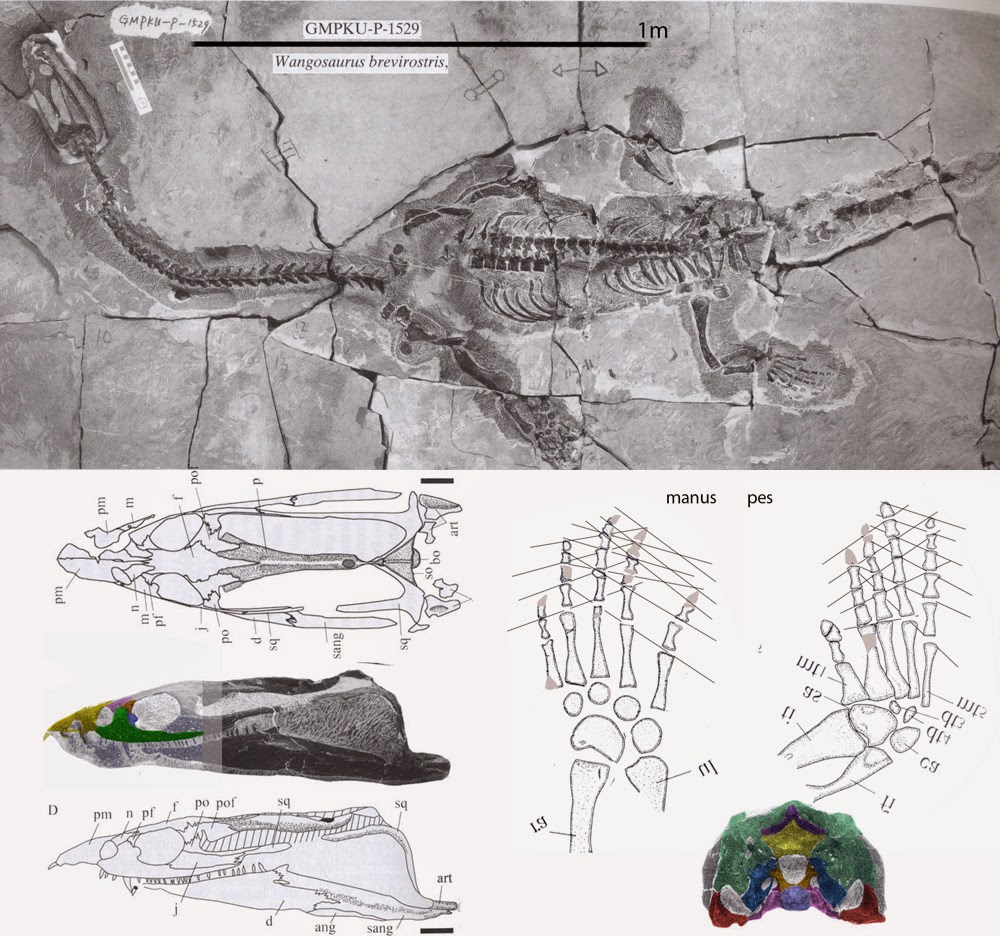 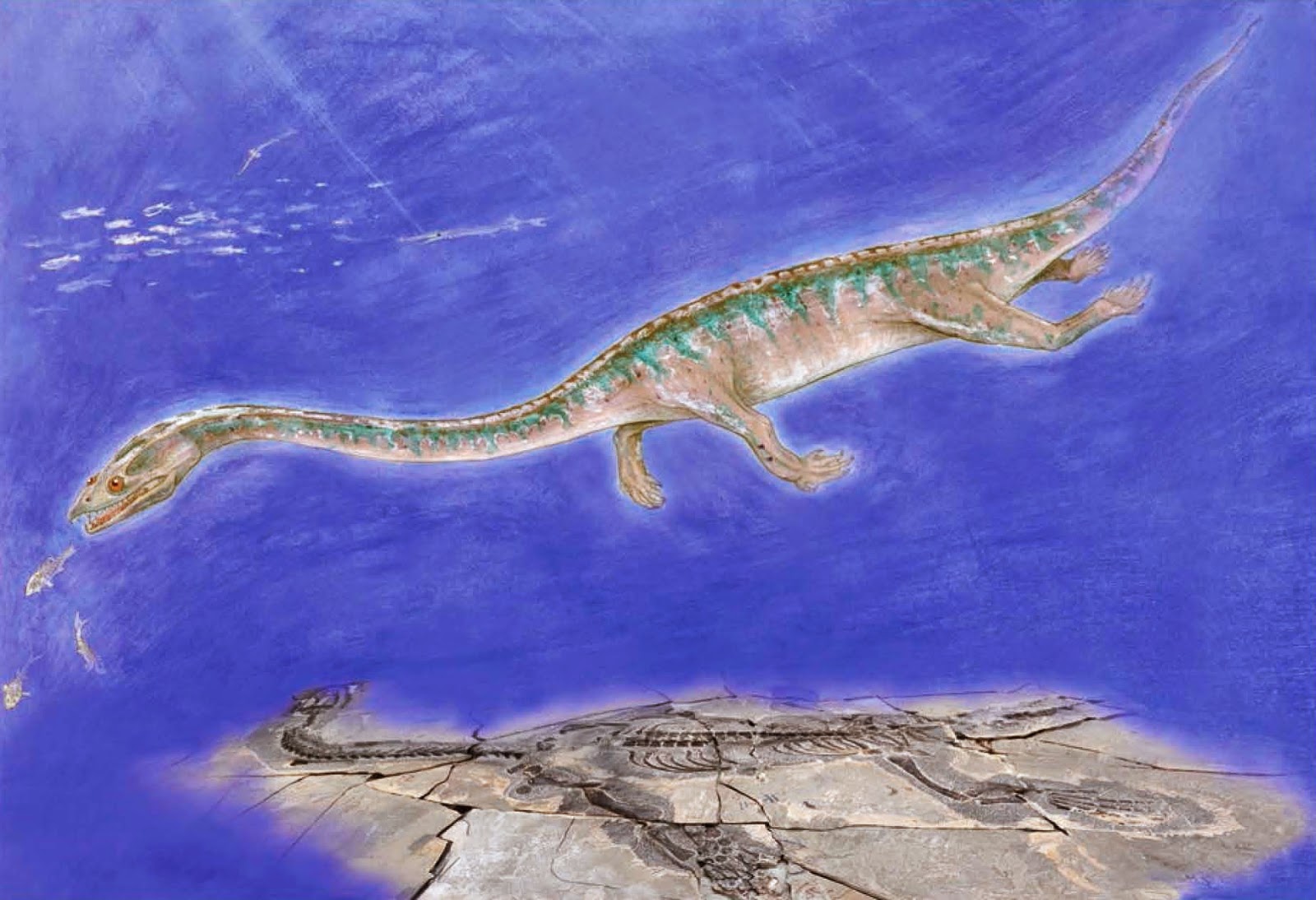 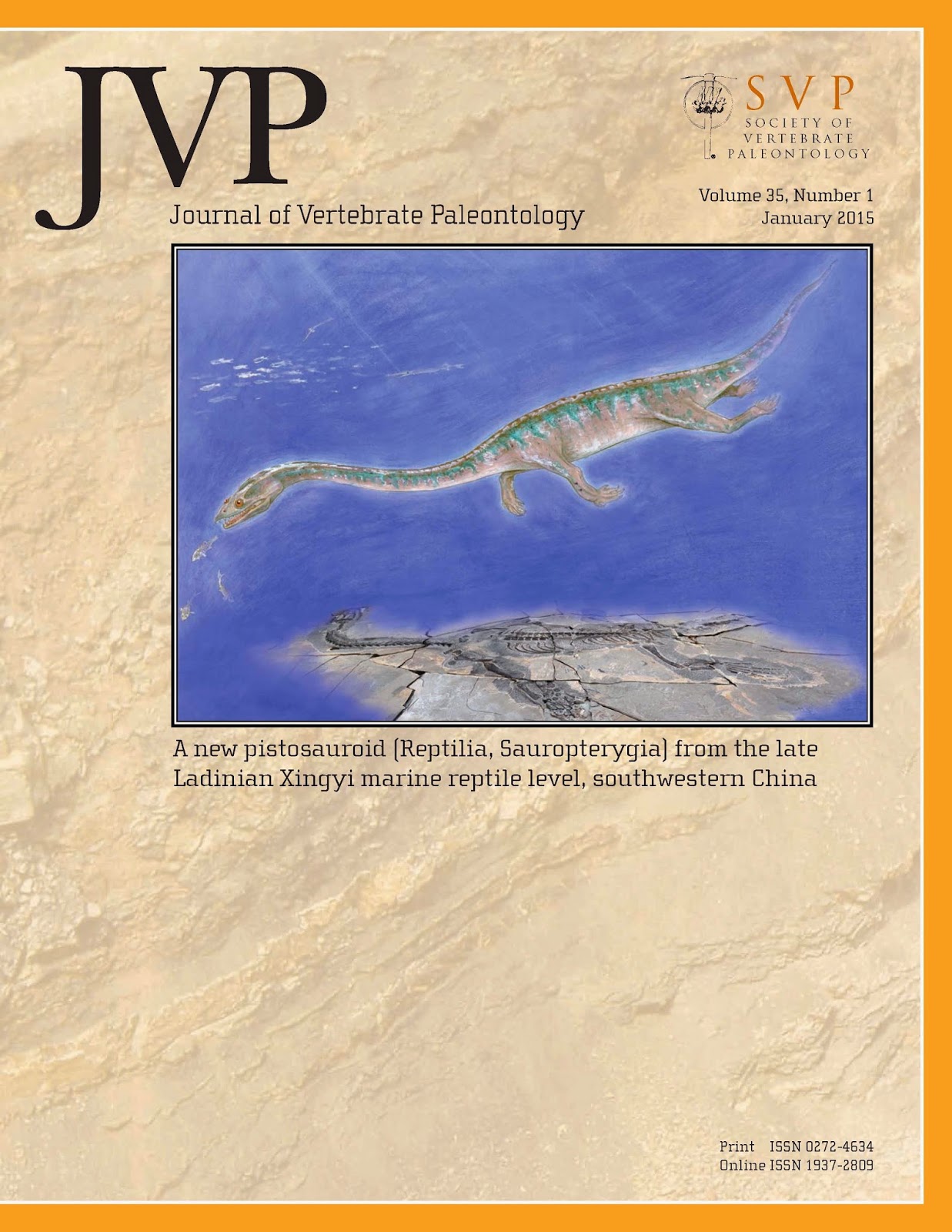