[Mammalogy • 2014] A Summary of the Taxonomy and Distribution of the Red Giant Flying Squirrel, Petaurista petaurista (Sciuridae, Sciurinae, Pteromyini), in mainland Southeast Asia with the First Record from Lao PDR 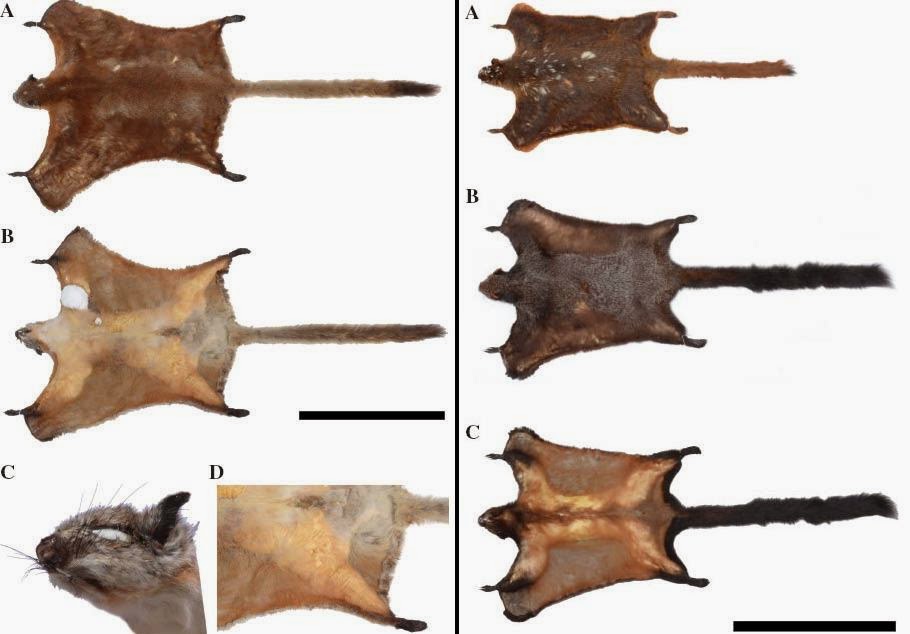 The occurrence of the red giant flying squirrel, Petaurista petaurista, in Lao PDR is confirmed on the basis of a single adult male specimen obtained from an informal food market in Thatlouang village, Xekong Province in the south of the country. This individual was reported to have been collected from close-by Thatlouang in the mixed deciduous forest or dry dipterocarp forest on the Bolaven Plateau. The record extends the known distribution of this species by approximately 700 km eastwards. Information is provided on the external, cranial, dental, and bacular characters of the new Lao specimen. It is compared with the holotypes and/or type descriptions of seven taxa, namely, barroni, candidula, cicur, melanotus, penangensis, taylori, and terutaus, described from mainland Southeast Asia, all of which are currently included in the synonymy of P. petaurista. On the basis of its external pelage colour, the Lao specimen is referred to P. p. barroni, which was described from southeast Thailand and is considered here to be a valid subspecies.