[Ichthyology • 2015] Barilius ardens • A New Species (Teleostei: Cyprinidae) from the Western Ghats, India, with redescription of B. malabaricus and B. canarensis

Abstract
The identities of Barilius canarensis and B. malabaricus have hitherto been confused. An attempt to resolve their identities by examining fresh collections from their respective type localities, i.e., southern Karnataka and northern Kerala, yielded a new species, which is herein described as Barilius ardens. The new species differs from B. canarensis and B. malabaricus by the presence of a row of 7–9 large vertically elongate blotches on the flank, in large adults the first three blotches broken into a smaller row of intercalate spots (vs. two rows of spots: the first consisting of 9–11oval spots, the second with 3–4 smaller spots); and 5+4+3 (vs. 5+4+2) pharyngeal teeth. The new species is distinguished from B. bakeri by having 5+4+3 (vs. 5+4+2) pharyngeal teeth; and the dorsal and anal fins margined with bright orange (vs. white). Barilius malabaricus (hitherto in the synonymy of B. canarensis) is shown to be a valid species distinguished from the latter by having 11½ (vs. 10½) branched dorsal-fin rays and 14½–15½ (vs. 13½) branched anal-fin rays; both species are redescribed. 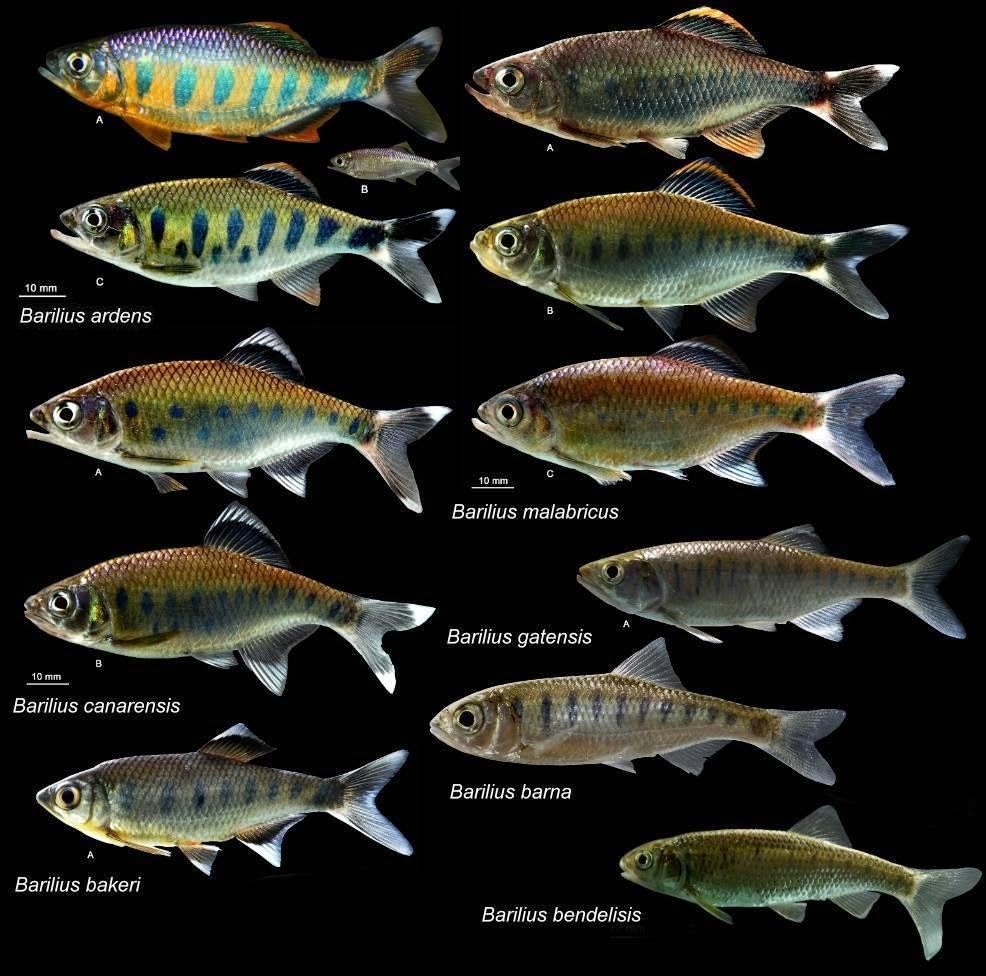 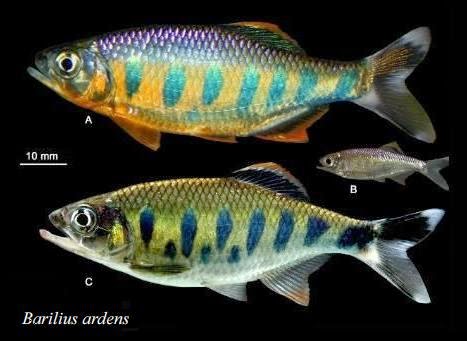