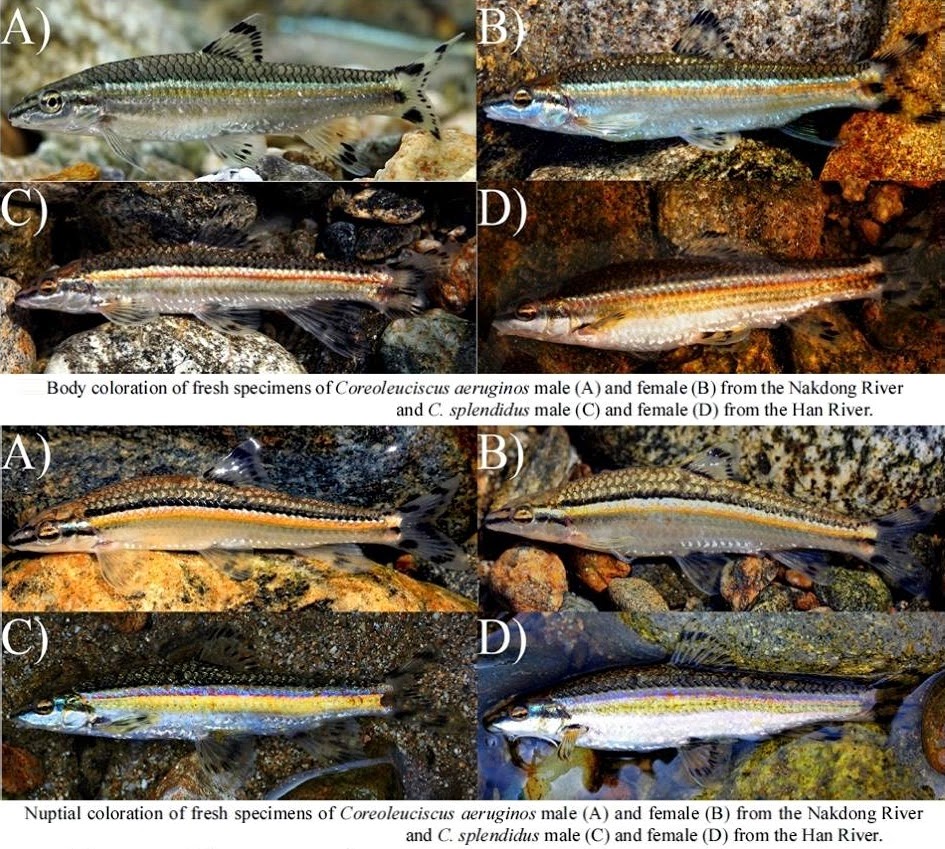 Abstract
Coreoleuciscus splendidus was first reported as a monotypic species. Recent morphological and genetic studies have revealed that the species is represented by two disjunct and distinct lineages. The two lineages of C. splendidus include populations inhabiting the Han and Geum rivers in the East Korea Subdistrict and populations inhabiting the Seomjin and Nakdong rivers in the South Korea Subdistrict. In this study, significant differences were found between these two independent lineages through a high degree of genetic divergence in the mitochondrial cytochrome c oxidase subunit I gene as well as conspicuous morphological differences in body coloration and shapes of black stripes on dorsal, anal and caudal fin rays. These morphological and genetic differences provide supporting evidence that the populations in the South Korea Subdistrict represent a new species, Coreoleuciscus aeruginos.