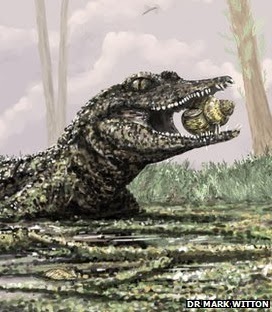 A substantially complete skull of a small crocodyliform recently found on the foreshore near Yaverland on the south-east coast of the Isle of Wight, southern England is described. The locality, mode of preservation and associated matrix indicate that it is derived from one of the plant debris beds of the Lower Cretaceous Wessex Formation (Barremian, Wealden Group). The dentition, unique among crocodyliforms, serves to confirm that the specimen is referable to the, until now, monotypic family Bernissartiidae Dollo, 1883. Apomorphies, including placement of the choana and disposition of cranial sutures demonstrate that the Isle of Wight skull cannot be referred to Bernissartia fagesii Dollo, 1883, known from contemporaneous strata. Furthermore, these characters indicate that the specimen should not be referred to a new species of Bernissartia. Uniquely among non-eusuchian neosuchian crocodyliforms, the choana appears to be bounded entirely by the pterygoids, although occupying an extreme anterior position within them. The specimen is therefore placed in a new genus and species, Koumpiodontosuchus aprosdokiti. The systematic position of Bernissartiidae, and characters used to diagnose Eusuchia are discussed. 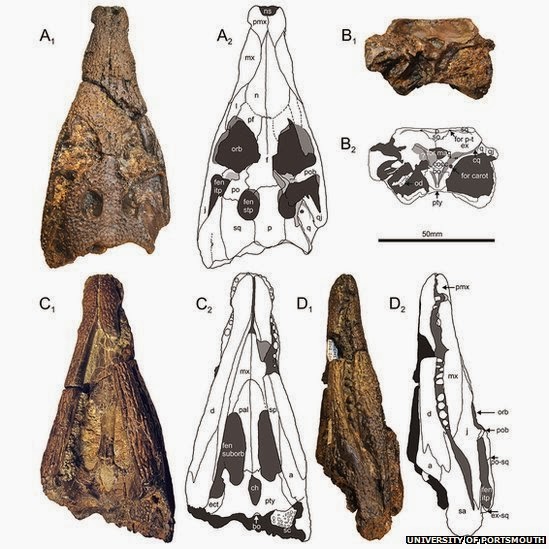 Koumpiodontosuchus aprosdokiti sp. nov.
Etymology: From Greek απροσδόκητη, unexpected, in reference to the unexpected fortuity of recovery of the rostral part of the specimen and the unexpected conclusions with regard to its taxonomic status. 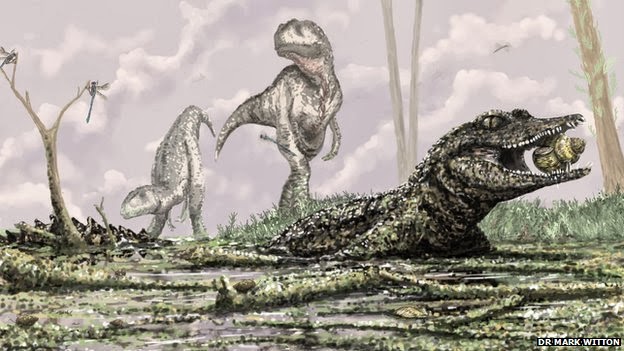 Skull fragments reveal new ancient crocodile species
Two fossilised skull fragments from a 2ft (60cm) crocodile found on the Isle of Wight point to the discovery of a new ancient species, a study has found.
......
http://bbc.com/news/uk-england-26519396