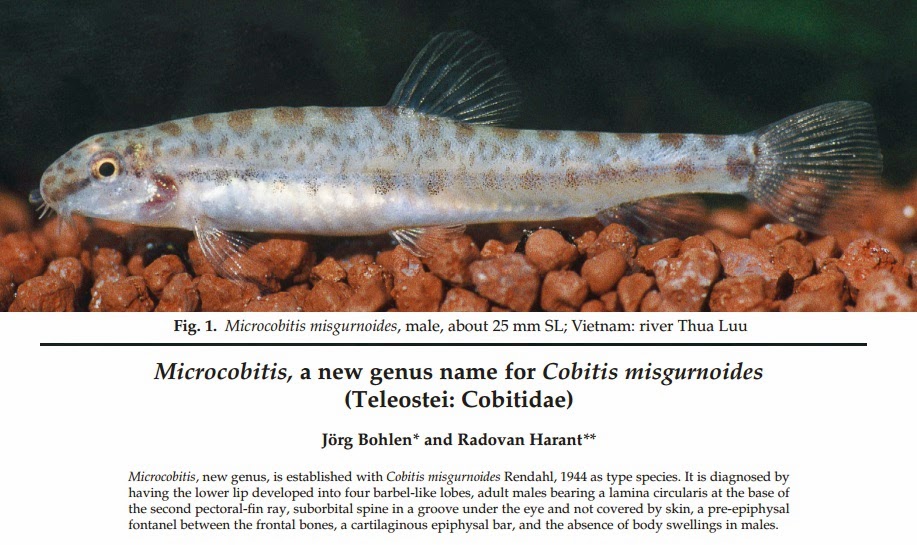 Microcobitis, new genus, is established with Cobitis misgurnoides Rendahl, 1944 as type species. It is diagnosed by having the lower lip developed into four barbel-like lobes, adult males bearing a lamina circularis at the base of the second pectoral-fin ray, suborbital spine in a groove under the eye and not covered by skin, a pre-epiphysal fontanel between the frontal bones, a cartilaginous epiphysal bar, and the absence of body swellings in males.

Etymology. The name is derived from the Greek word ‘micros’, small, used as prefix here, and the generic name Cobitis, the type genus of Cobitidae, in which Microcobitis was originally placed due to the similar shape of the lamina circularis in males. Gender feminine.

Distribution. Presently reported from river basins in Central Vietnam. Microcobitis has also been reported to occur in some tributaries of the Mekong in Laos on the western slope of the Annamite range (M. Kottelat, pers. comm.).