Background
Fossil species that can be conclusively identified as stem-relatives of stick- and leaf-insects (Phasmatodea) are extremely rare, especially for the Mesozoic era. This dearth in the paleontological record makes assessments on the origin and age of the group problematic and impedes investigations of evolutionary key aspects, such as wing development, sexual size dimorphism and plant mimicry.

Methodology/Principal Findings
A new fossil insect species, Cretophasmomima melanogramma Wang, Béthoux and Ren sp. nov., is described on the basis of one female and two male specimens recovered from the Yixian Formation (Early Cretaceous, ca. 126±4 mya; Inner Mongolia, NE China; known as ‘Jehol biota’). The occurrence of a female abdominal operculum and of a characteristic ‘shoulder pad’ in the forewing allows for the interpretation of a true stem-Phasmatodea. In contrast to the situation in extant forms, sexual size dimorphism is only weakly female-biased in this species. The peculiar wing coloration, viz. dark longitudinal veins, suggests that the leaf-shaped plant organ from the contemporaneous ‘gymnosperm’ Membranifolia admirabilis was used as model for crypsis.

Conclusions/Significance
As early as in the Early Cretaceous, some stem-Phasmatodea achieved effective leaf mimicry, although additional refinements characteristic of recent forms, such as curved fore femora, were still lacking. The diversification of small-sized arboreal insectivore birds and mammals might have triggered the acquisition of such primary defenses.

Conclusion:
Based on the combination of observed characters, viz. presence of ‘shoulder pads’ in the forewings, aspect ratios of thoracic segments and legs, unsegmented cerci, we infer that Cretophasmomima melanogramma is a genuine stem-Phasmatodea. The fossil stick insect already possessed leaf (or leaf-shaped organ) mimicking capabilities, but retained a number of putative plesiomorphic traits in regard to extant forms, such as presence of mandibular incisivi, two lacinial teeth, straight fore femora, well-developed long forewings in both sexes and a low degree of sexual size dimorphism that is only moderately female-biased. This new record suggests that leaf mimicry predated the appearance of twig and bark mimicry in phasmatodeans. Additionally, it complements our growing knowledge of the early attempts of insects to mimic plant parts 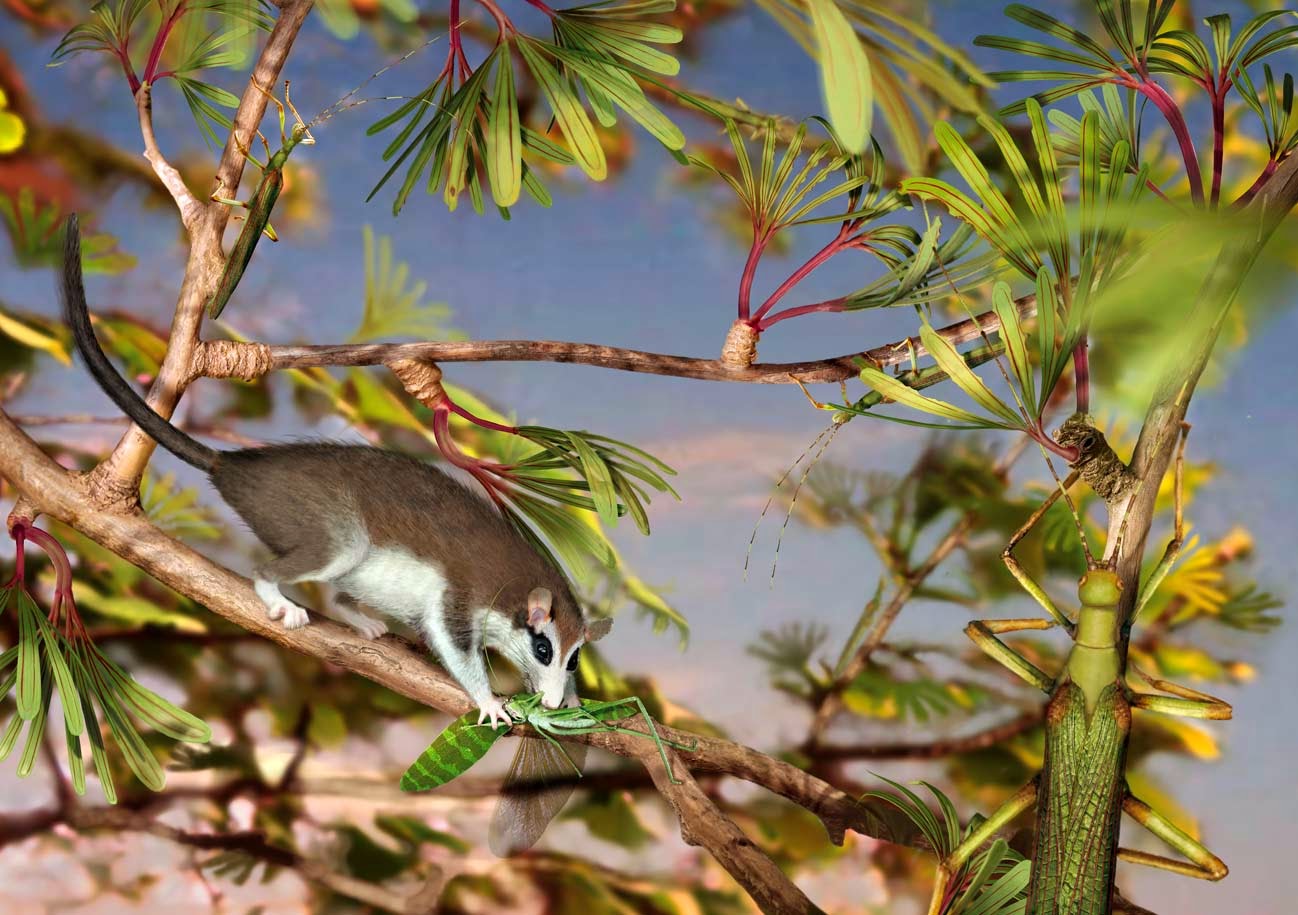