The oviraptorosaurian theropod dinosaur clade Caenagnathidae has long been enigmatic due to the incomplete nature of nearly all described fossils. Here we describe Anzu wyliei gen. et sp. nov., a new taxon of large-bodied caenagnathid based primarily on three well-preserved partial skeletons. The specimens were recovered from the uppermost Cretaceous (upper Maastrichtian) Hell Creek Formation of North and South Dakota, and are therefore among the stratigraphically youngest known oviraptorosaurian remains. Collectively, the fossils include elements from most regions of the skeleton, providing a wealth of information on the osteology and evolutionary relationships of Caenagnathidae. Phylogenetic analysis reaffirms caenagnathid monophyly, and indicates that Anzu is most closely related to Caenagnathus collinsi, a taxon that is definitively known only from a mandible from the Campanian Dinosaur Park Formation of Alberta. The problematic oviraptorosaurs Microvenator and Gigantoraptor are recovered as basal caenagnathids, as has previously been suggested. Anzu and other caenagnathids may have favored well-watered floodplain settings over channel margins, and were probably ecological generalists that fed upon vegetation, small animals, and perhaps eggs. 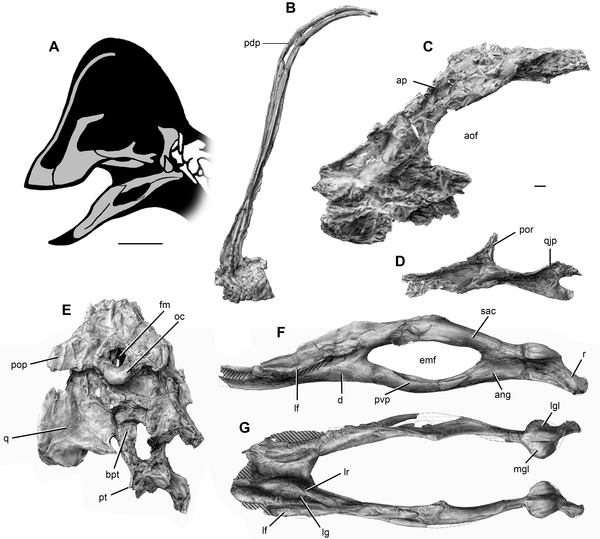 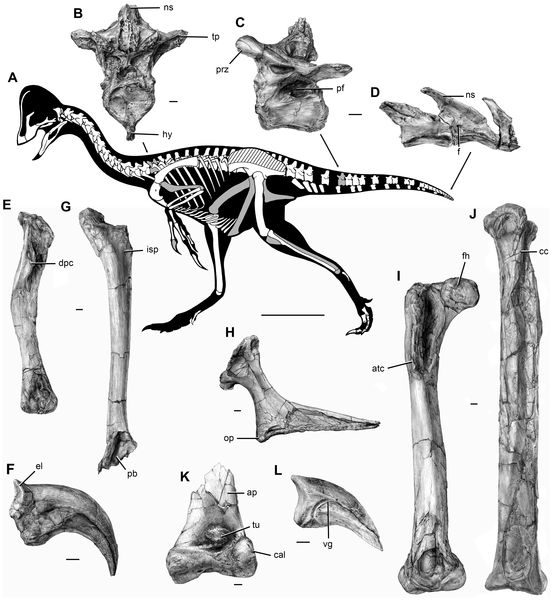 Etymology: The genus name is for Anzu, a feathered demon in ancient Mesopotamian (Sumerian and Akkadian) mythology, and alludes to the distinctive appearance of this large, presumably feathered dinosaur. The species name is for Mr. Wylie J. Tuttle, grandson of Mr. and Mrs. Lee B. Foster, in recognition of Mr. and Mrs. Foster's generous support of the scientific research and collections activities at Carnegie Museum of Natural History. 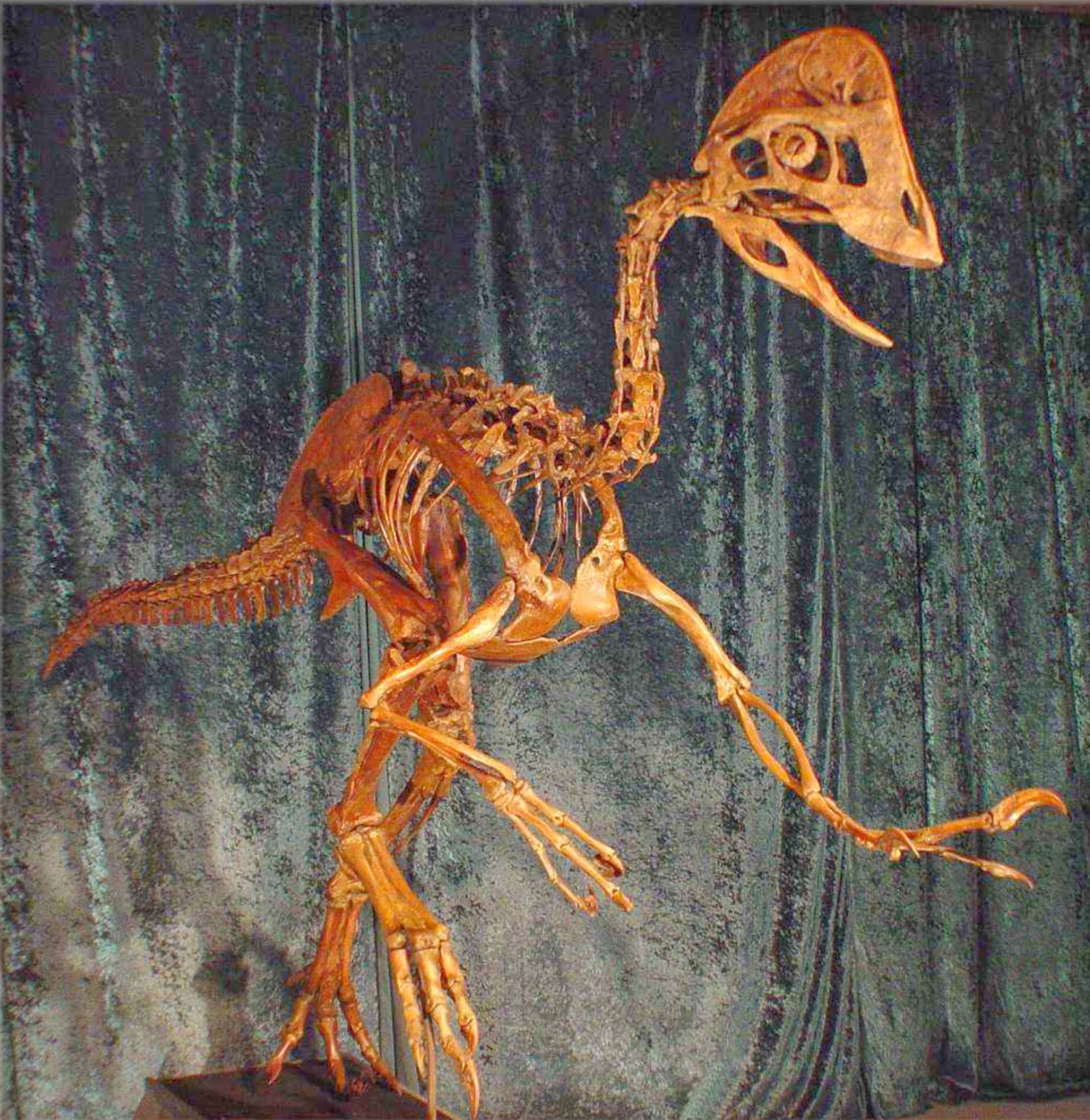