ABSTRACT
The Osteocephalus buckleyi species group is widely distributed in primary and secondary forests of the Amazon Basin and Guiana Region. Based on integrative analysis, including morphological and genetic data, we estimate the phylogenetic relationships and species boundaries among populations of the Osteocephalus buckleyi group from the Ecuadorian Amazon, focusing on the O. verruciger-O. cannatellai species complex. Our results uncovered the existence of one confirmed candidate species from Sangay National Park and one unconfirmed candidate species. Here, we describe the new species which is morphologically and ecologically distinct from other Osteocephalus species. The new species is unusual because it shows quite distinct morphology, but low genetic distances compared to its closest relatives. 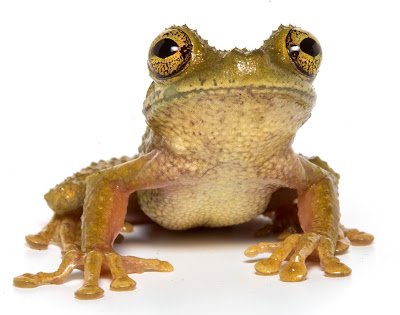 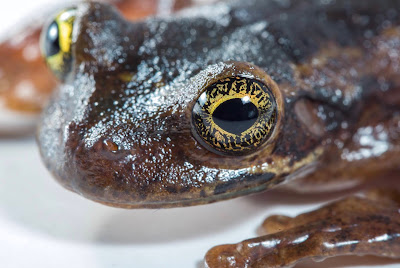 Distribution and ecology: Osteocephalus sangay is known from eastern Ecuador, Morona Santiago province, Sangay National Park, at four nearby localities (maximum distance between localities: 3.7 km), and elevations between 1551 and 1795 m above sea level. Osteocephalus sangay occurs sympatrically with O. verruciger at the type locality (Figure 2). This region corresponds to Eastern Montane Forest (based on Ron et al. [2019] classification). Specimens were found at night in primary terra firme forest, perching on vegetation up to 2 m above the ground.

Etymology: The specific epithet sangay refers to the area where the species was discovered: Sangay National Park, in Morona Santiago province. The park has more than 3220 lakes and three volcanoes: Sangay, Tungurahua and Altar. The word sangay originates from the native-American Shuar word “Samkay” that means to scare, in reference to violent explosions of this volcano. Sangay National Park is one of the most amphibian species-rich national parks in the world with a total of 100 species [Ron et al., 2019].