We describe Dendropsophus ozzyi sp. nov., a new species of treefrog, tentatively included in the Dendropsophus microcephalus Group and most notably diagnosed by the presence of pointed fingers and an advertisement call with a very high dominant frequency. The new species is known from three localities in the Brazilian Amazon forest, two on western State of Pará and one (the type locality) in eastern State of Amazonas (03°56’50”S and 58°26’36”W, 45 m a.s.l.). 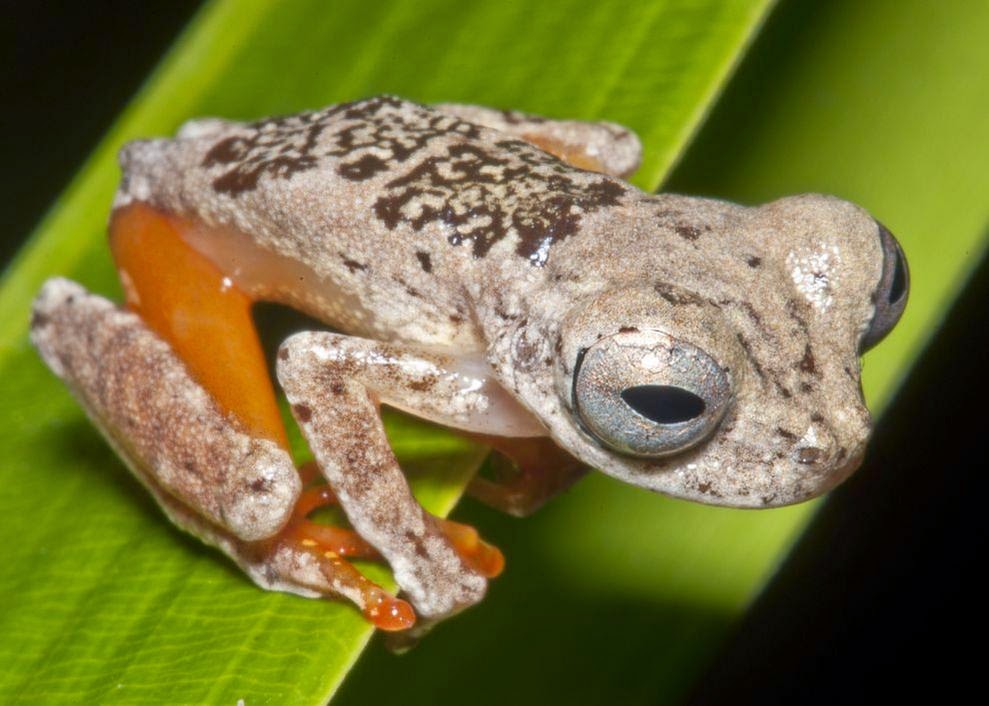 Natural history. Dendropsophus ozzyi was found mainly on bushes close to water bodies, such as ponds and swamps, inside Terra Firme forest. The most commonly used type of vegetation were shrubs and small trees < 5cm DBH (diameter at breast height), where individuals were observed on the leaves and branches in heights that varied from ground level (0 m) to 3.5 m, with prevalence between 1.0 and 1.5 m. No difference was observed in height of perch between sexes. Most individuals were observed 0.5 m away from water bodies. In addition, no individuals were observed farther than 5.0 m away from water bodies. Calling males were observed in the wettest months, from November to June. Time of observation varied overnight, from 18:00 to 23:00 and was more frequent between 19:00 and 21:00. Amplectant pairs and tadpoles were not observed. All collection sites are between the Tapajós and Madeira Rivers, and we expect more populations of D. ozzyi to be found within this area.

Etymology: The specific epithet is used as a noun in the genitive case and honors John Michael "Ozzy" Osbourne, a famous British rock singer, former vocalist of the rock band Black Sabbath, for its contribution to modern music and culture. Ozzy is commonly associated with bats because of the famous episode in which, on stage while he was performing a gig, he bit off a bat’s head thrown by a fan. He later stated that he thought it was a plastic toy.
When calling, this new Dendropsophus species can be vaguely associated with the high pitch sounds emitted by some bat species that are hearable to the human ear. When we heard this species in the field we immediately pictured a calling bat. Because of this “bat association” we take the opportunity to name this species after one of the biggest music legends of all time. 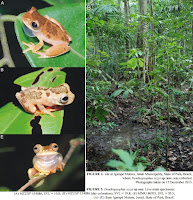