ABSTRACT
Genetic and morphological analyses revealed that the type specimen of Hume’s Owl Strix butleri, the geographical provenance of which is open to doubt, differs significantly from all other specimens previously ascribed to this species. Despite the absence of vocal data definitively linked to the same population as the type specimen, we consider that two species-level taxa are involved, principally because the degree of molecular differentiation is close to that seen in other taxa of Strix traditionally recognised as species. Partially complicating this otherwise straightforward issue is the recent description of “Omani Owl S. omanensis” from northern Oman based solely on photographs and sound-recordings. We consider that there is clear evidence of at least some morphological congruence between the butleri type and the phenotype described as “omanensis”. As a result, we review the relative likelihood of three potential hypotheses: that “omanensis” is a synonym of butleri; that “omanensis” is a subspecies of butleri; or that “omanensis” and butleri both represent species taxa. Until such time as specimen material of “omanensis” becomes available for genetic and comparative morphological analyses, we recommend that this name be considered as a synonym of butleri, especially bearing in mind the possibility (not previously considered in detail) that the type of butleri could have originated in Arabia, specifically from Oman. We describe other populations heretofore ascribed to S. butleri as a new species. 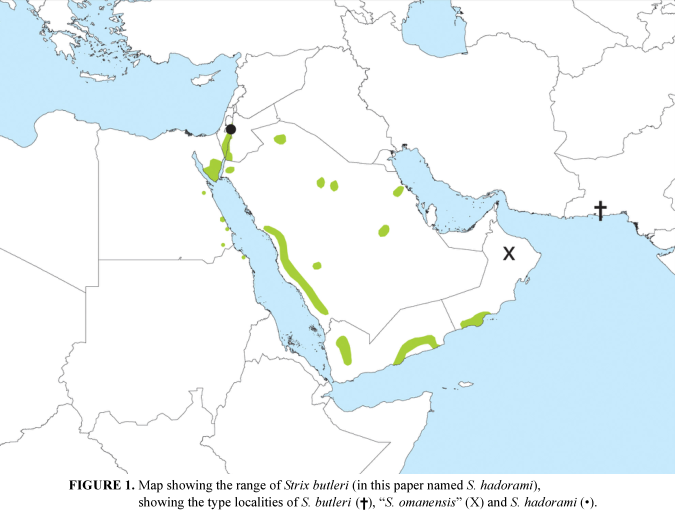 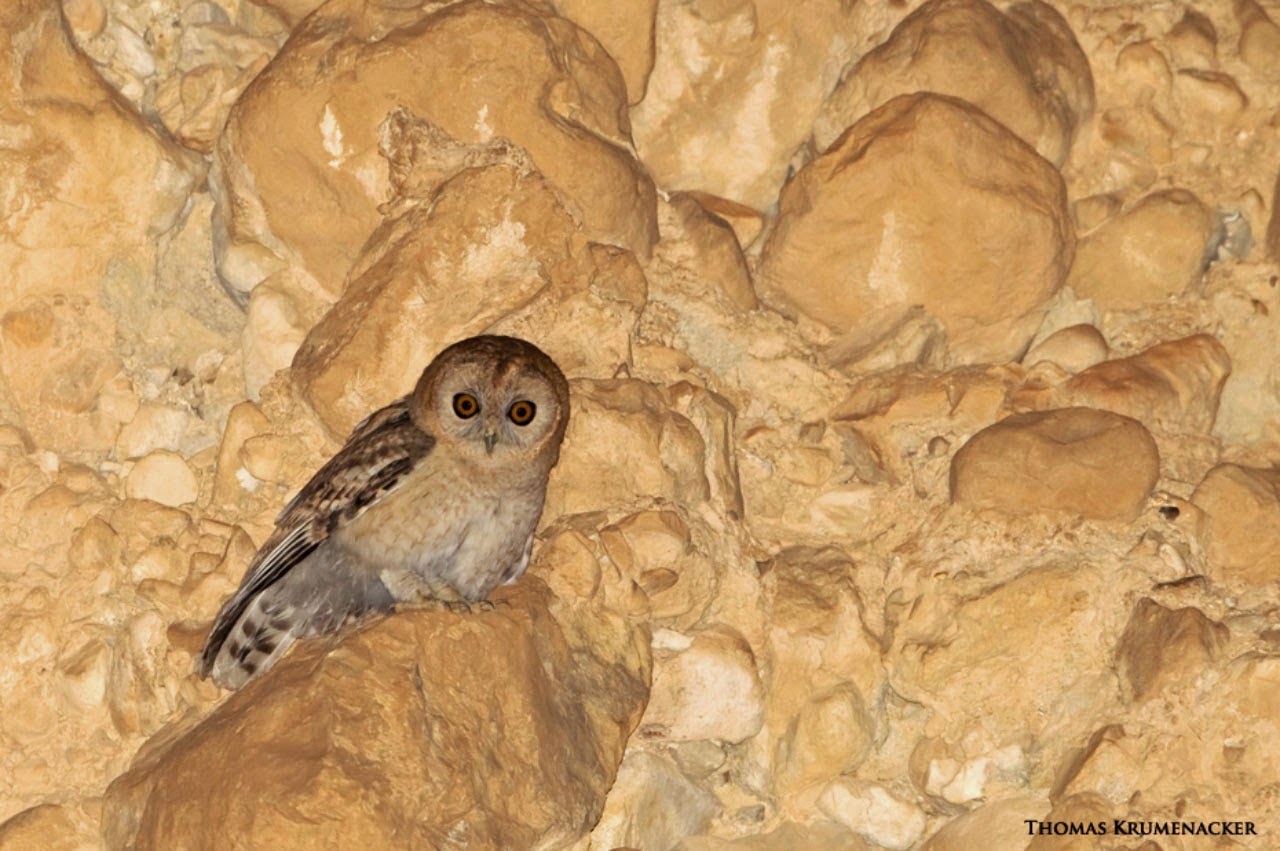