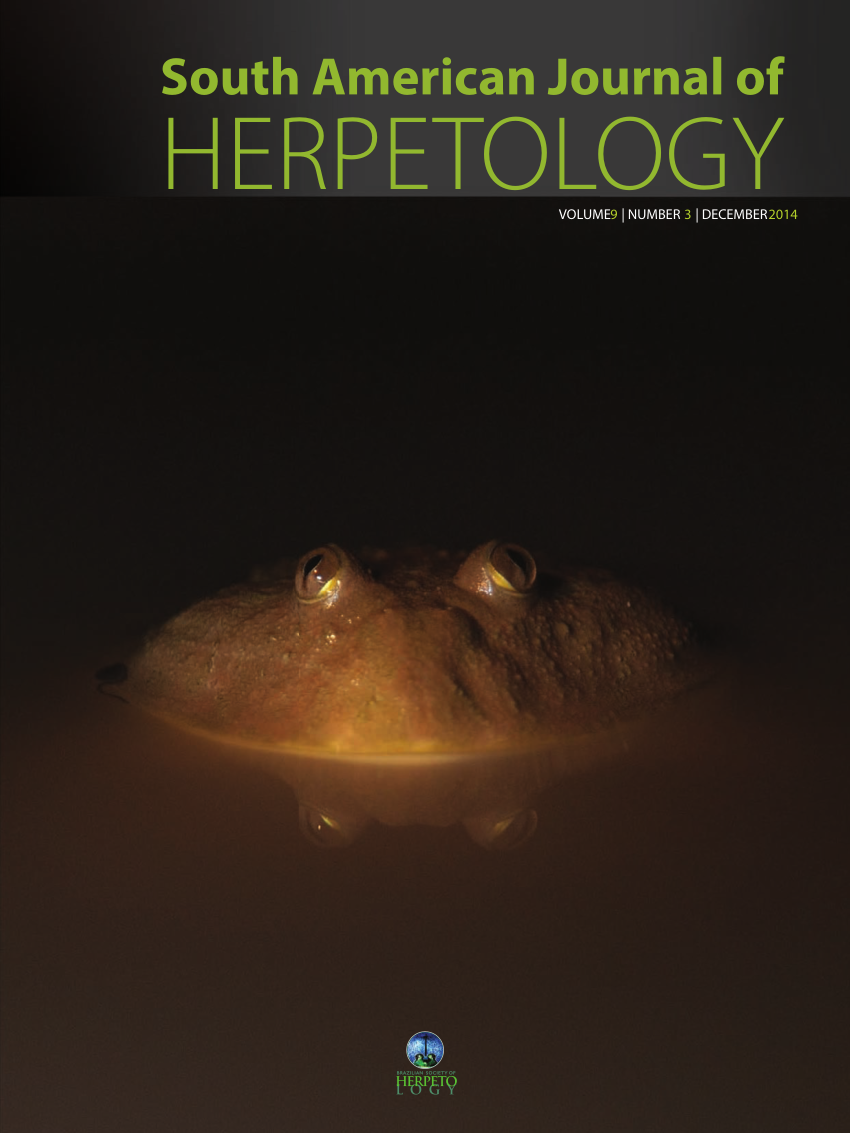 ABSTRACT
The horned frog family, Ceratophryidae, currently comprises three genera and 12 extant species, distributed from the Caribbean lowlands to the Pampean grasslands. Horned frogs are fossorial species that are remarkable in terms of their adult and larval morphology, karyotype, behavior, and other aspects of their biology. In this paper we present a molecular phylogenetic analysis with the goals of: (1) exploring the relationships among the species of Ceratophryidae; (2) studying the evolution of polyploidy; (3) studying the evolution of cocoon formation and larval development duration associated with surviving in semiarid environments; and (4) reviewing the ceratophryid fossil record that could be relevant as calibration points in molecular divergence estimations. The analysis included 11 of the 12 extant species and, when possible, multiple exemplars per species, as well as multiple outgroups. Sequence data were obtained on seven mitochondrial and six nuclear genes for up to 8200 bp per specimen. Our results indicate that the individual monophyly of Ceratophrys and Lepidobatrachus is well corroborated. The monotypic Chacophrys is recovered as the sister taxon of Lepidobatrachus, but with Jackknife frequency < 50%. Lepidobatrachus asper is the sister taxon of L. laevis + L. llanensis. Relationships within Ceratophrys are congruent with an earlier proposal, with a clade composed of the species possessing a dorsal bony shield (Ce. aurita, Ce. cranwelli, Ce. joazeirensis, and Ce. ornata), and another clade composed of Ce. stolzmanni, Ce. calcarata, and Ce. cornuta. Unlike earlier proposals, the octoploid species (Ce. aurita, Ce. joazeirensis, and Ce. ornata) are not monophyletic, as the diploid Ce. cranwelli, and Ce. ornata are sister taxa. This result implies an ambiguous optimization of ploidy levels, with either a single origin of octoploidy with a subsequent reversal to diploidy, or two independent origins of octoploidy being equally parsimonious; both alternatives are quite unusual from the perspective of chromosome evolution. Our results suggest that ceratophryids diversified in semiarid environments and three independent events resulted in three species subsequently occupying temperate or tropical humid areas. This early diversification in semiarid areas explains the retention of characteristics associated with these environments (like the production of a cocoon of dead skin during estivation, and possibly an accelerated larval period and development) in species present in humid areas. A revision of the fossil record of this family of frogs indicates that there are only two fossil remains that could serve as calibration points for molecular clock estimation, but a number of issues associated with them preclude their use. 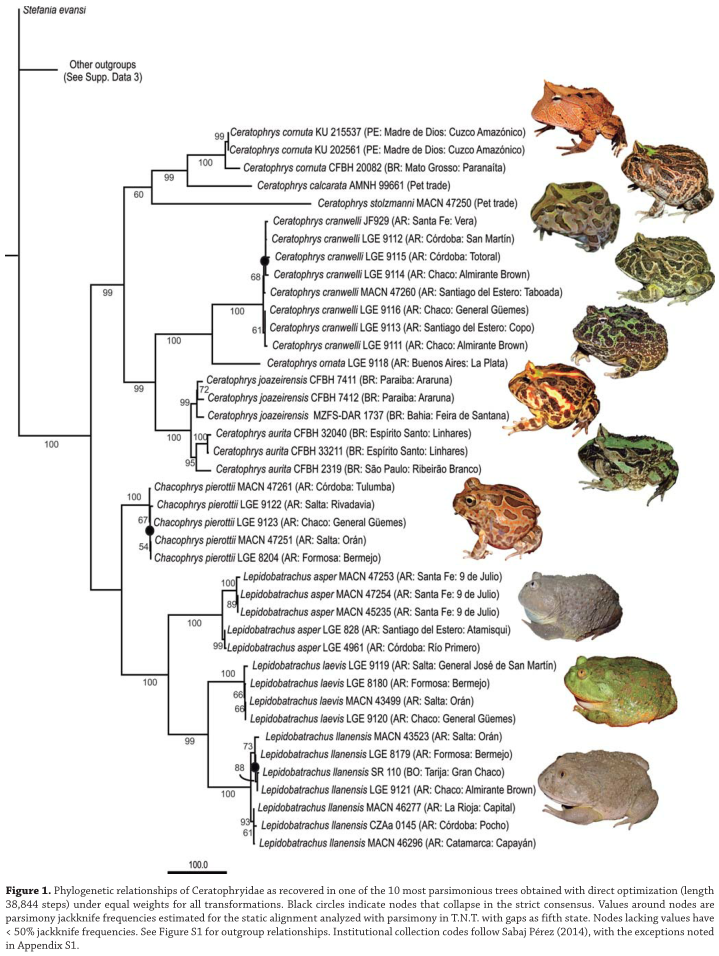