ABSTRACT
The previous oldest known fossil snakes date from ~100 million year old sediments (Upper Cretaceous) and are both morphologically and phylogenetically diverse, indicating that snakes underwent a much earlier origin and adaptive radiation. We report here on snake fossils that extend the record backwards in time by an additional ~70 million years (Middle Jurassic-Lower Cretaceous). These ancient snakes share features with fossil and modern snakes (for example, recurved teeth with labial and lingual carinae, long toothed suborbital ramus of maxillae) and with lizards (for example, pronounced subdental shelf/gutter). The paleobiogeography of these early snakes is diverse and complex, suggesting that snakes had undergone habitat differentiation and geographic radiation by the mid-Jurassic. Phylogenetic analysis of squamates recovers these early snakes in a basal polytomy with other fossil and modern snakes, where Najash rionegrina is sister to this clade. Ingroup analysis finds them in a basal position to all other snakes including Najash. 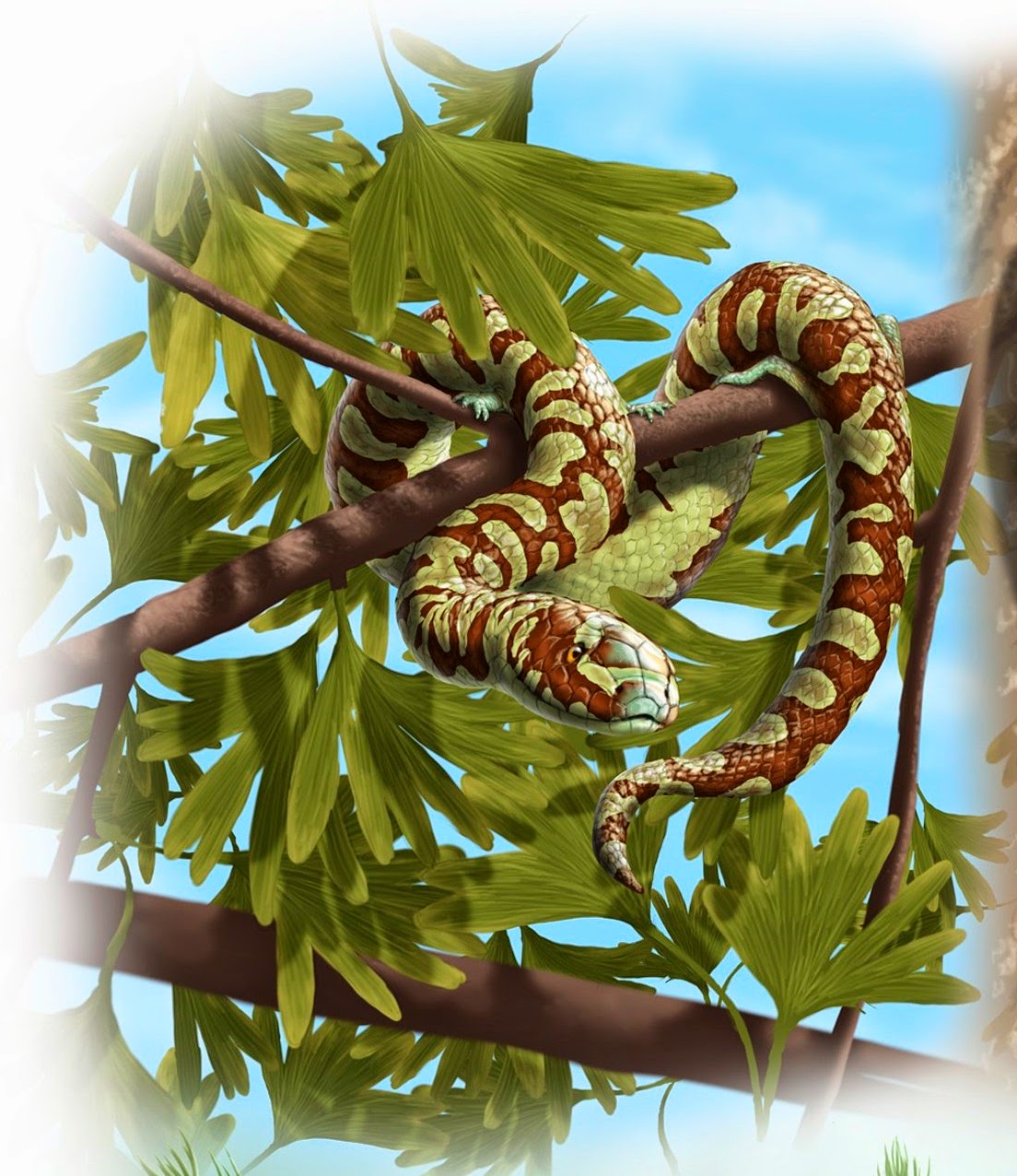