Two new species of chameleons from the genera Rhampholeon and Kinyongia are described from an isolated montane forest remnant situated toward the southern end of the Albertine Rift bordering Lake Tanganyika. The closest known localities of species from these genera are 200km and 400km to the north respectively, separated by large intervening tracts of lowland savannah and Brachystegia (Miombo) woodland - habitats not normally inhabited by species of these genera. Rhampholeon hattinghi sp. nov. and Kinyongia mulyai sp. nov. bear superficial resemblances to previously described species (Rh. boulengeri Steindachner and K. adolfifriderici  (Sternfeld)). Rhampholeon hattinghi sp. nov. has a relatively smooth supra-orbital ridge, deep axillary but absent inguinal mite pockets, prominent white spots on the base of the tail and a uniquely derived hemipenal morphology with billowing parasulcal evaginations. Like K. adolfifriderici, Kinyongia mulyai sp. nov. is devoid of a rostral appendage but differs in having a longer and narrower head, a higher upper labial scale count and by the absence of a dorsal crest in the male. To place these new chameleons within the context of their respective genera, Bayesian and maximum likelihood phylogenetic analyses were carried out utilising two mitochondrial (ND2 and 16S) and one nuclear marker (RAG1).  Both chameleons were found to have morphological features that distinguish them from other congeners. Based on phylogenetic analysis they are clearly separate evolutionary lineages and are described as new species. 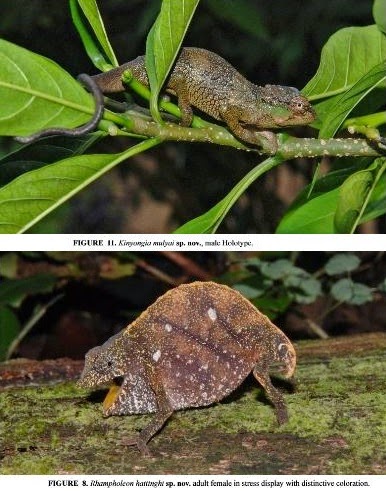 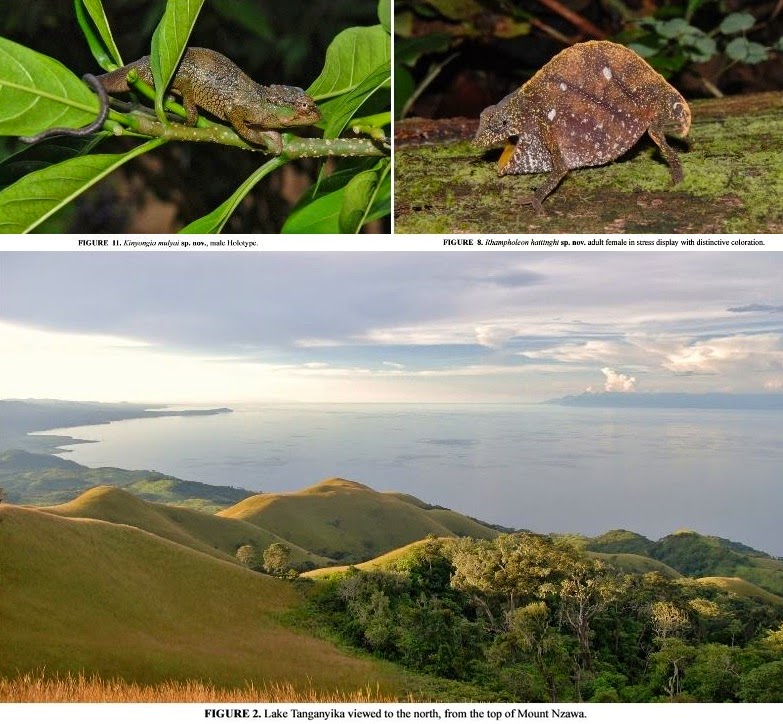