Abstract
A small fig tree has been misidentified as Ficus orthoneura for a long time. However, morphologically it is distinct from F. orthoneura and F. hookeriana. Typical are the ellipsoid, puberulous receptacle and caducous basal bracts. Leaf anatomy shows a multiple epidermis with the cells in the inner layer much larger than in the outer layer and thus both layers resemble an epidermis with a separate hypodermis. The abaxial cuticle is strongly sculptured, the palisade layer shows some long subdivided cells, and enlarged lithocysts are only present abaxially. Because of these differences we hereby describe it as a new species, named in honour of Cornelis (Cees) Berg: Ficus cornelisiana. 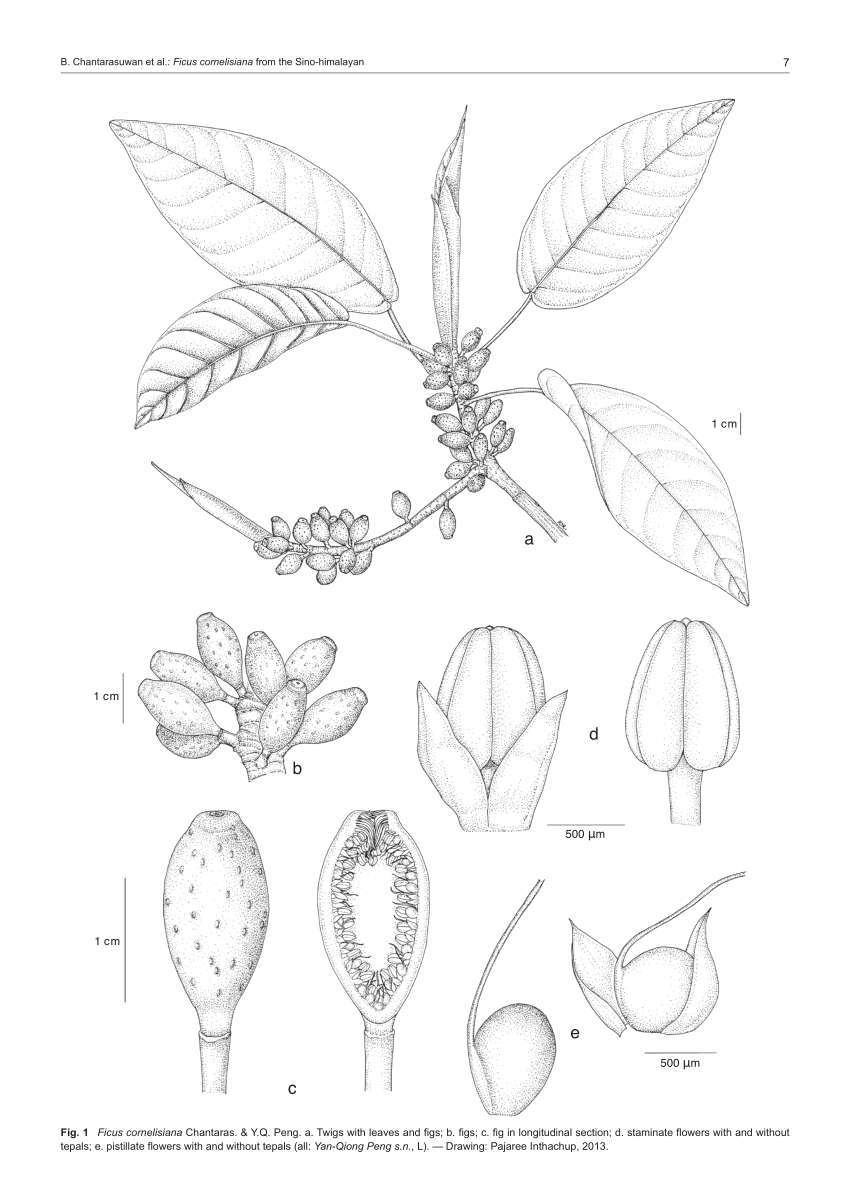 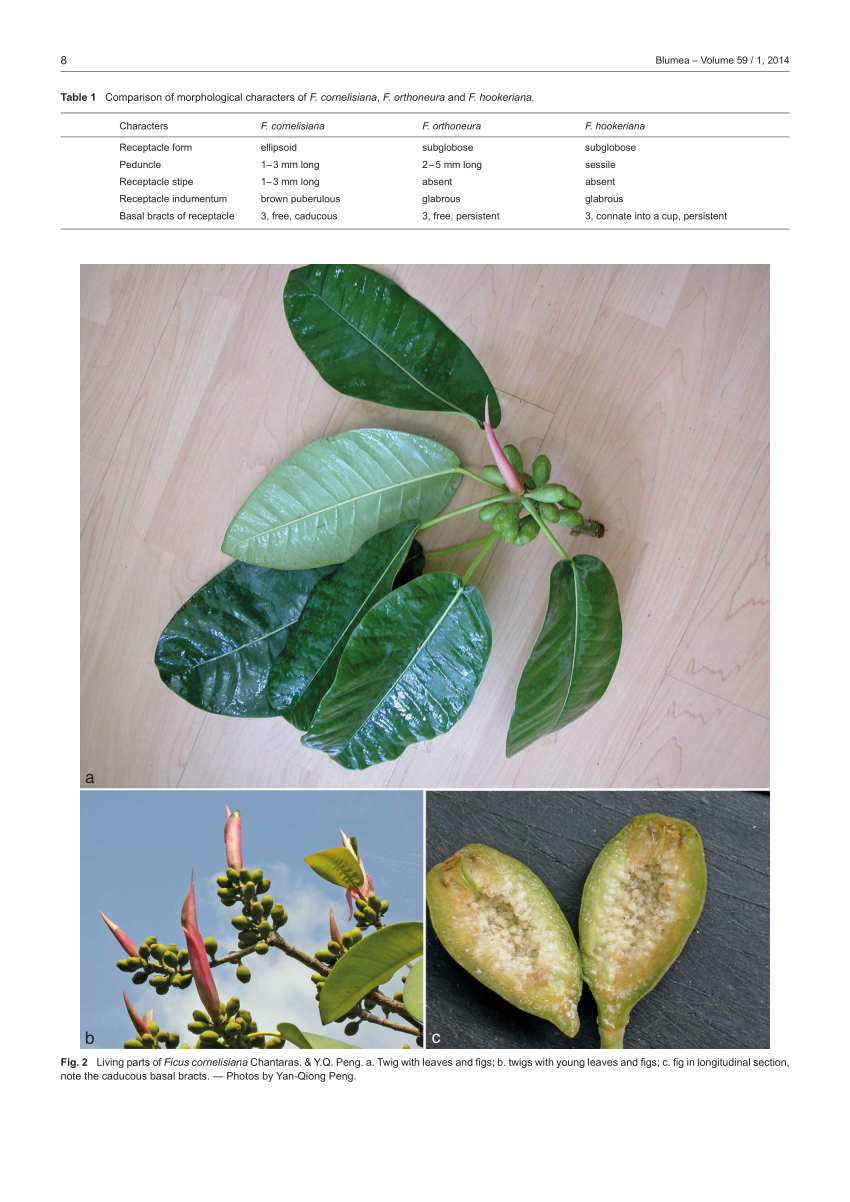 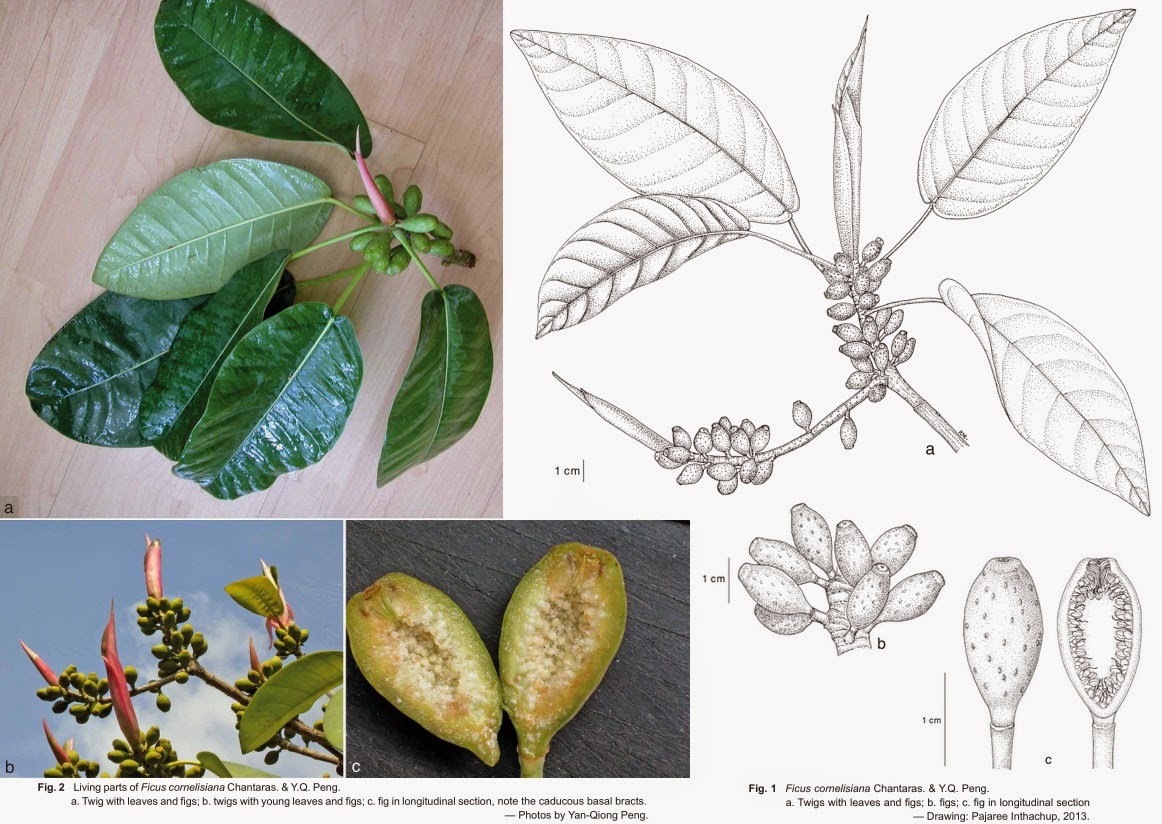