Microraptorines are a group of predatory dromaeosaurid theropod dinosaurs with aerodynamic capacity. These close relatives of birds are essential for testing hypotheses explaining the origin and early evolution of avian flight. Here we describe a new ‘four-winged’ microraptorine, Changyuraptor yangi, from the Early Cretaceous Jehol Biota of China. With tail feathers that are nearly 30 cm long, roughly 30% the length of the skeleton, the new fossil possesses the longest known feathers for any non-avian dinosaur. Furthermore, it is the largest theropod with long, pennaceous feathers attached to the lower hind limbs (that is, ‘hindwings’). The lengthy feathered tail of the new fossil provides insight into the flight performance of microraptorines and how they may have maintained aerial competency at larger body sizes. We demonstrate how the low-aspect-ratio tail of the new fossil would have acted as a pitch control structure reducing descent speed and thus playing a key role in landing. 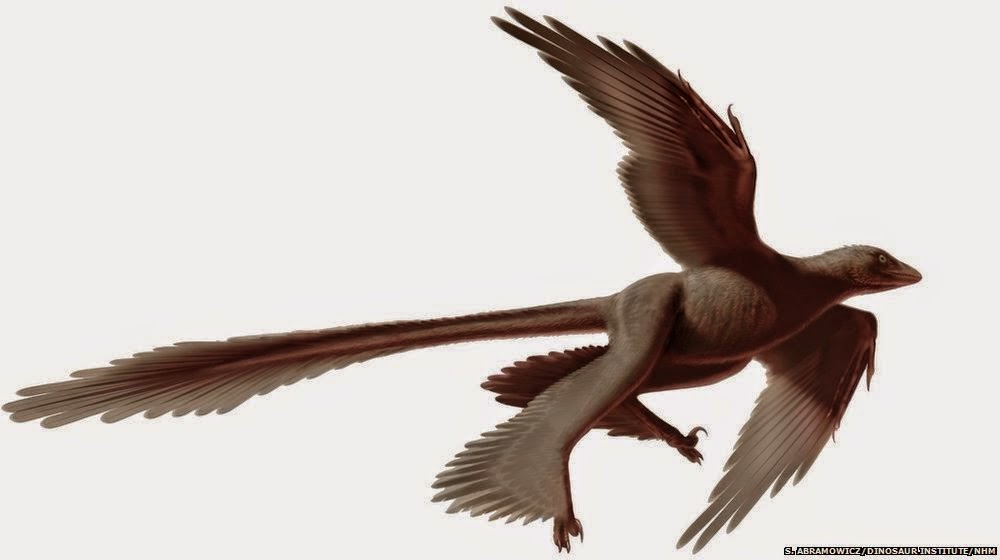 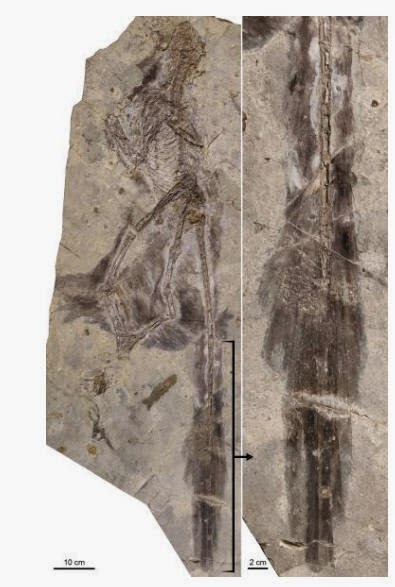 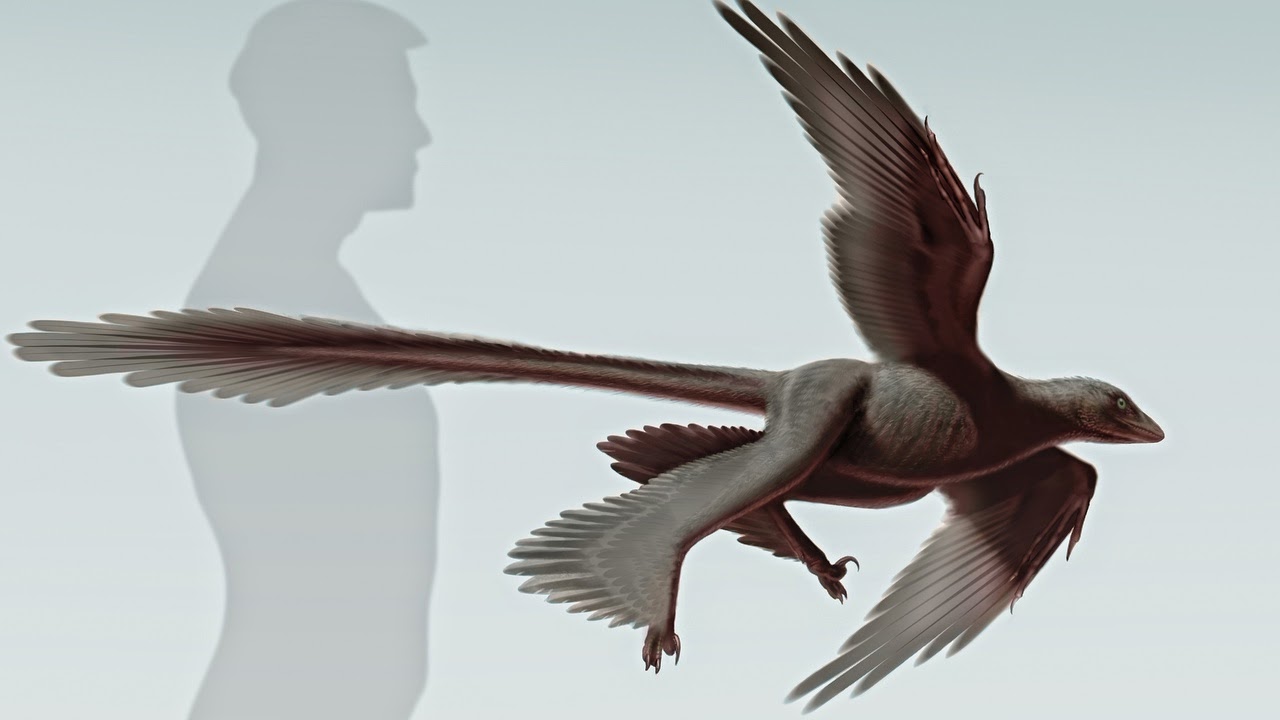