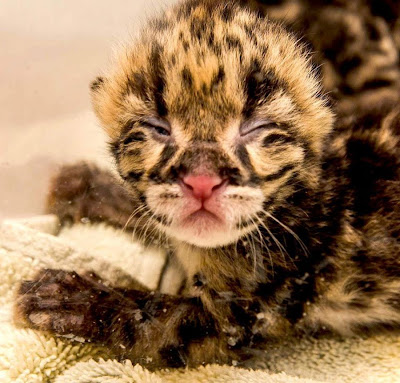 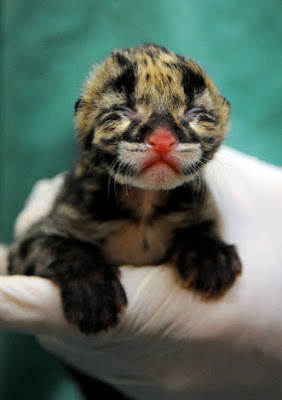 These cubs aren't just cute, they're genetically important. Clouded leopards are listed as "vulnerable" on the IUCN’s Red List of Threatened Species. Due to hunting and deforestation in Southeast Asia, there are thought to be fewer than 10,000 of these animals, said to have an "arboreal lifestyle," in the wild.

The zoo is trying to reduce these risks by hand-rearing these new babies -- which means giving them bottles, and otherwise taking care of them, while making sure not to "imprint" in a way that'll stop them from being able to interact productively with other clouded leopards.

“We feed them, burp them, and put them back to sleep,” hand-rearing expert, and senior mammal keeper at the Smithsonian Conservation Biology Institute headquarters, Kenneth Lang told Smithsonian Zoogoer in 2011. “We don’t try to make them pets.” 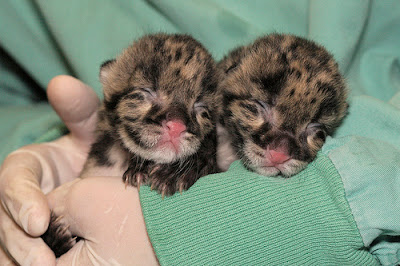 Early pairing with mates also seems to increase the likelihood of passing on these cutie-pie genes.

This is the second litter for mother Sita and father Ta Moon, who had another set of twins in 2011.

Lindsay Renick Mayer, a zoo spokesperson, told that the cubs are a boy, weighing 800g, and a girl who now weighs 700g. (That's under two pounds each -- full-grown, the male will likely reach about 50 pounds, the female about 35.)

"Their eyes and ears are now open," she said. "Their activity level is increasing daily and they now recognize when we are in the room and about to feed them. They are normally found asleep and wrapped around each other when we enter the room. The feedings have been dropped from 7 times a day to 6 times a day and will be dropped again next week. 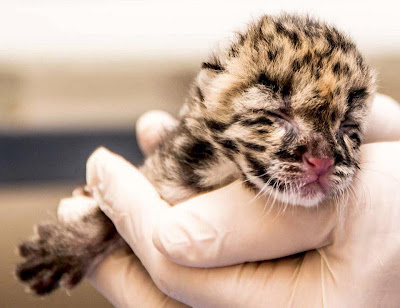