Abstract
Thirteen species of West Indian boas (Chilabothrus) are distributed across the islands of the Greater Antilles and Lucayan Archipelago. Hispaniola is unique among this group of islands in having more than two species of Chilabothrus—three are currently recognized. Here we describe a fourth species from Hispaniola, a newly discovered distinctive species of small boa from the dry forest of the Barahona Peninsula, southwestern Dominican Republic, near the border with Haiti. This new species resembles in body size and in other aspects its closest relative Chilabothrus fordii (Günther 1861), with which it appears to be allopatric. The new species, which we describe as Chilabothrus ampelophis sp. nov., differs from C. fordii in body, head, and snout shape; in scalation; in both coloration and color pattern; and in phylogenetic uniqueness. Some relevant meristic characters from C. ampelophis sp. nov. fall between C. fordii and C. gracilis (Fischer, 1888), accentuating the morphological and likely ecological differences from its sister species C. fordii. The discovery of this new species is especially important as it appears to be among the smallest boid (Boidae) species, has an arboreal specialization, and is found in a very restricted and highly threatened habitat. 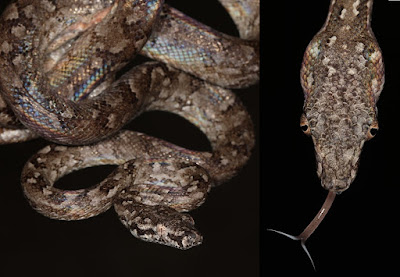 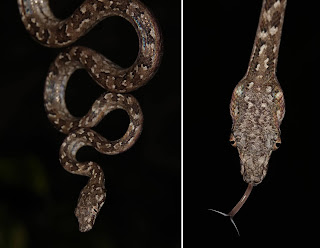 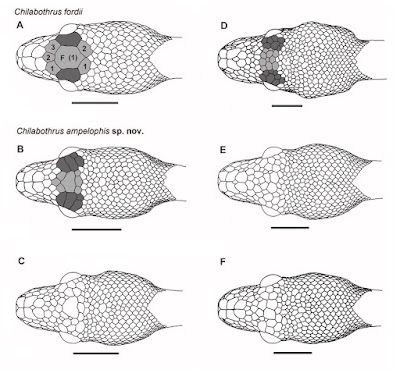 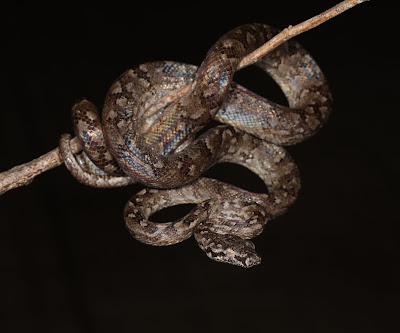 Chilabothrus ampelophis sp. nov.
Hispaniolan Vineboa
Etymology. The epithet is from ancient greek ampelos, meaning vine, in allusion to the slender body and head shape, which is rather unusual for the genus, and for the relative abundance of vines in the dry rocky habitat at the type locality. The suffix -ophis refers to a snake, hence the epithet is translated as ‘‘vinesnake.’’ 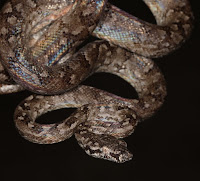 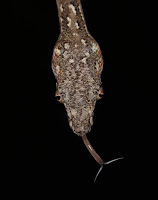 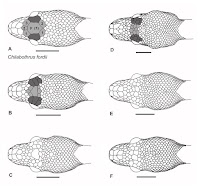 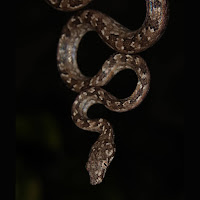