Abstract
Amazonia has the richest primate fauna in the world. Nonetheless, the diversity and distribution of Amazonian primates remain little known and the scarcity of baseline data challenges their conservation. These challenges are especially acute in the Amazonian arc of deforestation, the 2500 km long southern edge of the Amazonian biome that is rapidly being deforested and converted to agricultural and pastoral landscapes. Amazonian marmosets of the genus Mico are little known endemics of this region and therefore a priority for research and conservation efforts. However, even nascent conservation efforts are hampered by taxonomic uncertainties in this group, such as the existence of a potentially new species from the Juruena–Teles Pires interfluve hidden within the M. emiliae epithet. Here we test if these marmosets belong to a distinct species using new morphological, phylogenomic, and geographic distribution data analysed within an integrative taxonomic framework. We discovered a new, pseudo-cryptic Mico species hidden within the epithet M. emiliae, here described and named after Horacio Schneider, the pioneer of molecular phylogenetics of Neotropical primates. We also clarify the distribution, evolutionary and morphological relationships of four other Mico species, bridging Linnean, Wallacean, and Darwinian shortfalls in the conservation of primates in the Amazonian arc of deforestation. 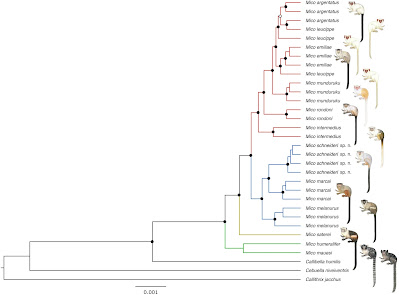 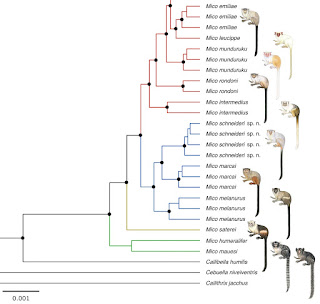 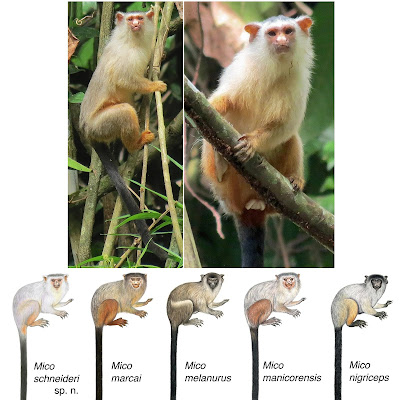