Abstract
The Bornean subspecies of Rajah Scops-Owl (Otus brookii brookii) has not been documented alive in the wild since its discovery in 1892 and there are no photographs of the bird in life. We report the rediscovery of this subspecies in the montane forests of Mount Kinabalu (Sabah, Malaysia) at an elevation of 1,650 m and provide the first photographs of this subspecies in the wild. Almost all basic elements of this species' ecology remain unknown, including vocalizations, distribution, breeding biology, and population size. Additionally, phylogeographic patterns of montane birds in Borneo and Sumatra, as well as plumage characters, suggest that O. b. brookii may be deserving of species classification. However, the rarity of O. b. brookii has made quantitative phylogenetic analysis impossible. Properly resolving the ecology, distribution, and taxonomic standing of O. b. brookii could have important conservation implications.
Key words: conservation, Malaysia, Sabah, Strigidae. 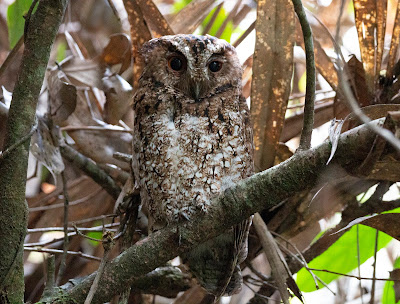 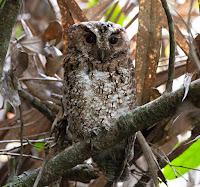