Abstract
The fossil record of basal paravians in Gondwana is still poorly known, being limited to the Cretaceous unenlagiids from South America and the problematic Rahonavis from Madagascar. Here we report on a new paravian from the Cenomanian-Turonian (Late Cretaceous) of Río Negro province, NW Patagonia, Argentina. The new taxon exhibits a derived bird-like morphology of the forelimbs (e.g., robust ulna with prominent, anteriorly oriented, and proximally saddle-shaped radial cotyle and wide medial flange on metacarpal I) and a plesiomorphic foot with a raptorial pedal digit II. Phylogenetic analysis recovers the new taxon in a monophyletic clade with Rahonavis, being the sister group of the remaining Avialae and more derived than other non-avian dinosaurs. Both exhibit derived forelimb traits in opposition with their plesiomorphic hind limbs. The position of the new taxon and Rahonavis as stem avialans indicates that Gondwanan basal paravians are represented by two different clades, at least. The new taxon probably constitutes a previously unknown grade in the avian-line theropods in which some flight-related adaptations of the forelimbs are present in cursorial taxa. The present discovery sheds light on the acquisition of flight-related traits in non-avian dinosaurs and on the still poorly known paravian radiation in Gondwana. 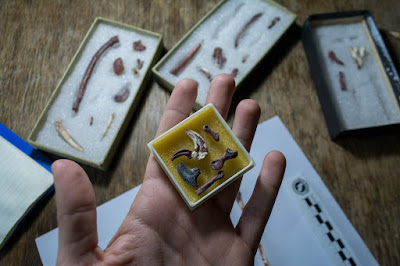 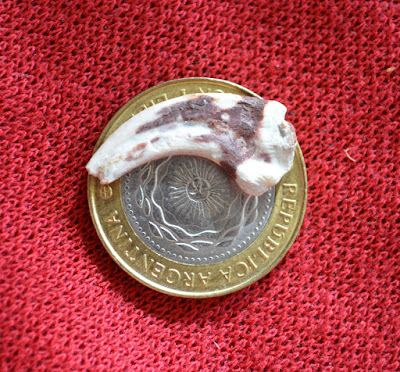 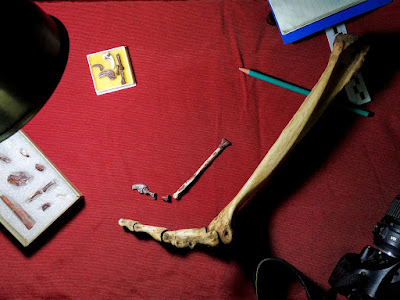 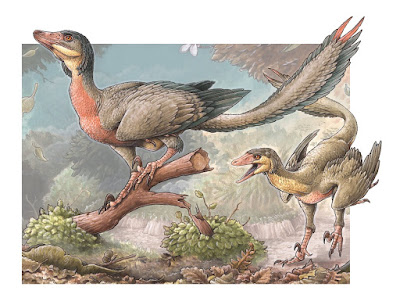 
Etymology: Overo from “overo” the Spanish word meaning piebald, in reference to the coloration of the O. chimentoi bones, which consists of a pattern of light and dark spots, and raptor from the Latin for thief. The species name chimentoi honors its discoverer, the paleontologist Dr. Roberto Nicolás Chimento. 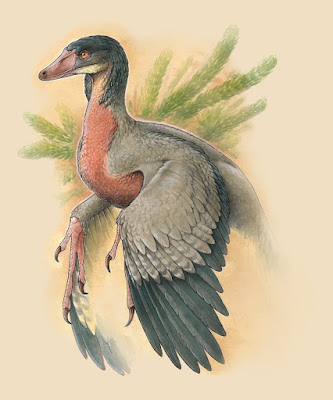 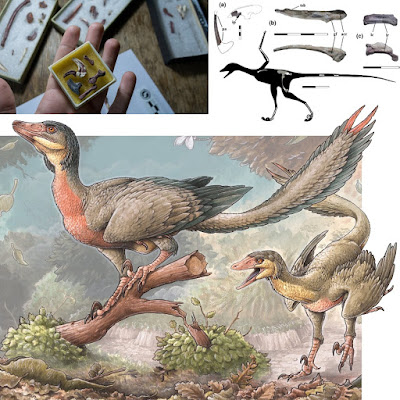 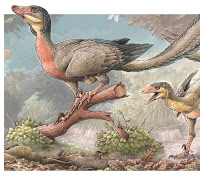