Abstract
Egg size and structure reflect important constraints on the reproductive and life-history characteristics of vertebrates. More than two-thirds of all extant amniotes lay eggs. During the Mesozoic era (around 250 million to 65 million years ago), body sizes reached extremes; nevertheless, the largest known egg belongs to the only recently extinct elephant bird, which was roughly 66 million years younger than the last nonavian dinosaurs and giant marine reptiles. Here we report a new type of egg discovered in nearshore marine deposits from the Late Cretaceous period (roughly 68 million years ago) of Antarctica. It exceeds all nonavian dinosaur eggs in volume and differs from them in structure. Although the elephant bird egg is slightly larger, its eggshell is roughly five times thicker and shows a substantial prismatic layer and complex pore structure. By contrast, the new fossil, visibly collapsed and folded, presents a thin eggshell with a layered structure that lacks a prismatic layer and distinct pores, and is similar to that of most extant lizards and snakes (Lepidosauria). The identity of the animal that laid the egg is unknown, but these preserved morphologies are consistent with the skeletal remains of mosasaurs (large marine lepidosaurs) found nearby. They are not consistent with described morphologies of dinosaur eggs of a similar size class. Phylogenetic analyses of traits for 259 lepidosaur species plus outgroups suggest that the egg belonged to an individual that was at least 7 metres long, hypothesized to be a giant marine reptile, all clades of which have previously been proposed to show live birth. Such a large egg with a relatively thin eggshell may reflect derived constraints associated with body shape, reproductive investment linked with gigantism, and lepidosaurian viviparity, in which a ‘vestigial’ egg is laid and hatches immediately. 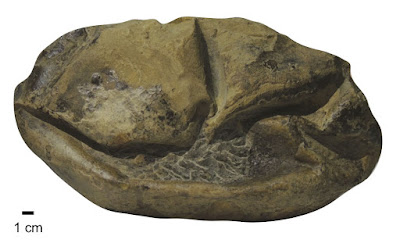 Etymology. Antarctic, referring to the continent where the specimen was discovered, Antarctica; oolithus, from Ancient Greek ōión for egg and líthos for stone; bradyi, from the Ancient Greek bradús for delayed or tardy, reflecting the 160 years between the description of the first Mesozoic egg from shallow marine deposits, Testudoflexoolithus bathonicae (Buckman, 1860), and that of this new ootaxon. 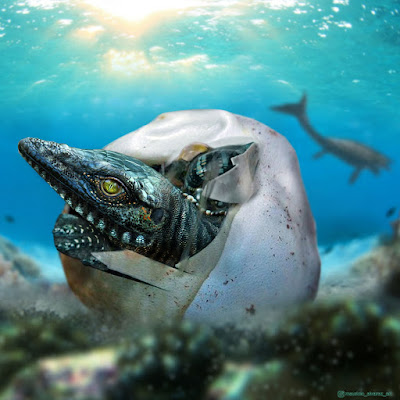 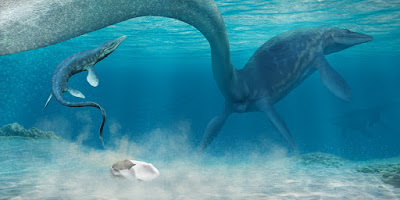 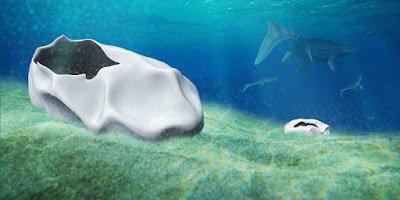 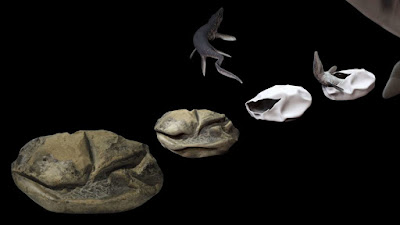 Egg from Antarctica is Big and Might Belong to an Extinct Sea Lizard
news.utexas.edu/2020/06/17/egg-from-antarctica-is-big-and-might-belong-to-an-extinct-sea-lizard
facebook.com/MauricioAlvarez904108/posts/3005603219561318
uchile.cl/noticias/164365/descubren-en-antartica-el-huevo-mas-grande-de-era-de-los-dinosaurios 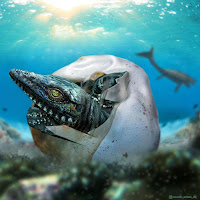 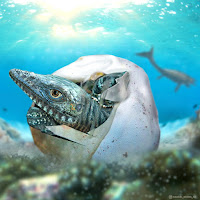