While studying the systematics and taxonomy of round-eared sengis (genus Macroscelides), we identiﬁed an unusual specimen from remote northwestern Namibia in the collection of the California Academy of Sciences. To determine if this represented a different species, we made 9 collecting trips with 5,616 trap-nights of effort that produced 16 voucher specimens (including the original specimen) of the unusual sengi. These specimens are distinguished from other Macroscelides species by morphological metrics (they are smaller), external features (rusty-tinged pelage, large subcaudal gland, and lack of dark skin pigment), and by divergence at 3 independently segregating DNA loci. These traits are the basis for the description of a new species of Macroscelidesthat seems to be conﬁned to gravel plains associated with the distinctive reddish colored Etendeka geological formation of northwestern Namibia. The new species appears to be reproductively isolated from congeners, because portions of its distribution are sympatric with that of the Namib round-eared sengi (M. ﬂavicaudatus), and we found no evidence of hybrid individuals or gene ﬂow. The new species is allopatric with the Karoo round-eared sengi (M. proboscideus), which is found about 500 km to the south. The new species, along with M. ﬂavicaudatus, is endemic to Namibia. With this 3rd species in the genus, there are now 19 recognized extant species in the order Macroscelidea. 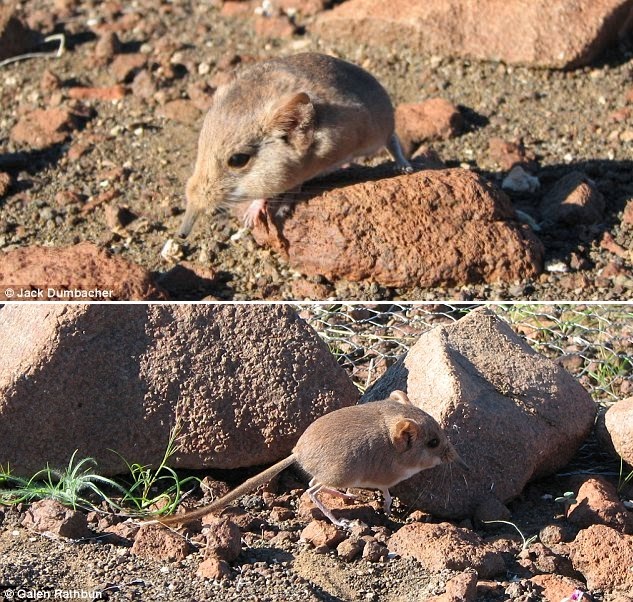 Etymology.— The derivation of micus is Greek (mickros) meaning small, which reﬂects the diminutive size of this species; indeed, it is the smallest of any known sengi. This epithet continues the practice of using names that reﬂect distinctive features of each taxon in this genus (see below). We suggest the common name for the new species be Etendeka round-eared sengi (or elephant-shrew), which is based on the widely recognized common name used when the genus was monospeciﬁc (round-eared sengi), and incorporates the name of the region in Namibia where it occurs. Etendeka is from the Himba/Otji-Herero language of the Himba people from northwestern Namibia, and refers to the distinctive ﬂat-topped mountains and rust-colored substrates of the region. The other 2 species in the genus are the Karoo round-eared sengi (M. proboscideus) and the Namib round-eared sengi (M. ﬂavicaudatus) 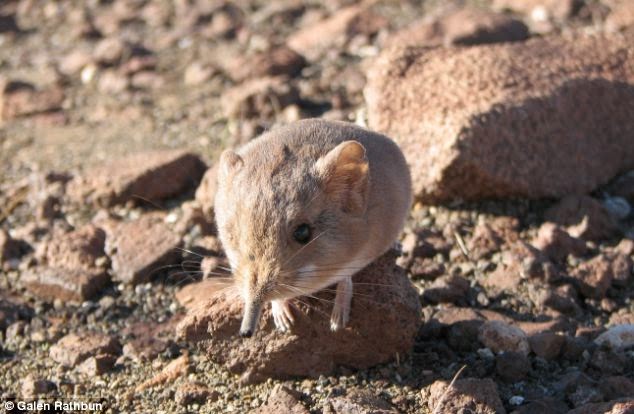