ABSTRACT
Nadzikambia is a monotypic genus described to accommodate the Mulanje chameleon, N. mlanjensis. During herpetological surveys of isolated mountains in Mozambique a population of chameleons was discovered on Mount Mabu. It is referable to the genus Nadzikambia, but features of scalation, colouration and genetic divergence distinguish this population from N. mlanjensis. It is described as a new species, Nadzikambia baylissi, and represents the second species in the genus and the first record of the genus in Mozambique. Notes on reproduction in N. mlanjensis are appended. The discovery of the new species in a mid-altitude evergreen forest remnant on Mount Mabu emphasises the high conservation importance of the region, previously signalled by the discovery of a new species of forest viper (Atheris mabuensis), and a number of undescribed butterflies and freshwater crab species in the region. 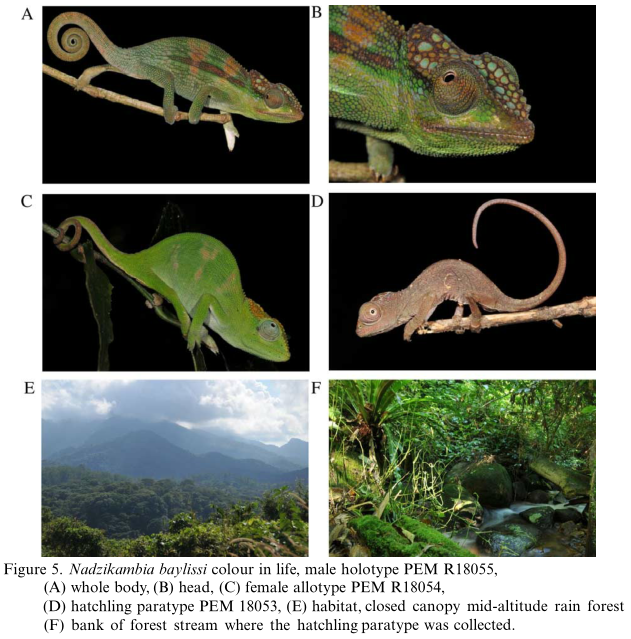