[Mammalogy • 2012] Paucidentomys vermidax • Evolutionary Novelty in A Rat with No Molars | A New Genus and Species (Rodentia: Muridae) from montane forest of Sulawesi Island, Indonesia 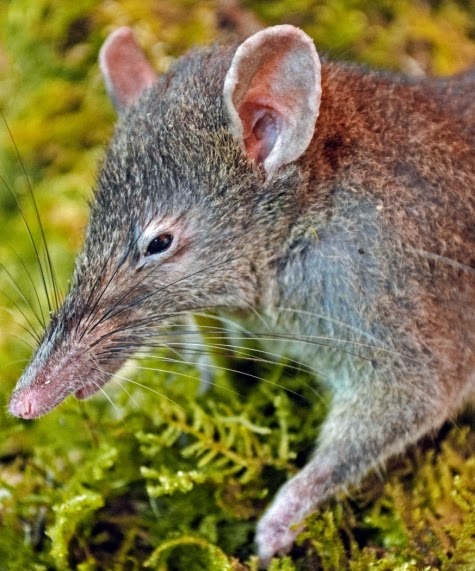 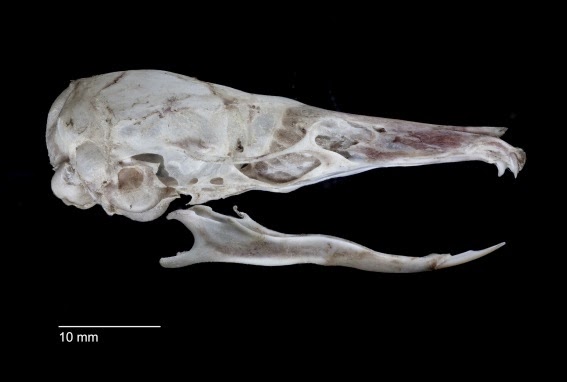 Abstract
Rodents are important ecological components of virtually every terrestrial ecosystem. Their success is a result of their gnawing incisors, battery of grinding molars and diastema that spatially and functionally separates the incisors from the molars. Until now these traits defined all rodents. Here, we describe a new species and genus of shrew-rat from Sulawesi Island, Indonesia that is distinguished from all other rodents by the absence of cheek teeth. Moreover, rather than gnawing incisors, this animal has bicuspid upper incisors, also unique among the more than 2200 species of rodents. Stomach contents from a single specimen suggest that the species consumes only earthworms. We posit that by specializing on soft-bodied prey, this species has had no need to process food by chewing, allowing its dentition to evolve for the sole purpose of procuring food. Thus, the removal of functional constraints, often considered a source of evolutionary innovations, may also lead to the loss of the very same traits that fuelled evolutionary diversification in the past.
Keywords: convergence, key innovation, new species, shrew-rat, Sulawesi, vermivory 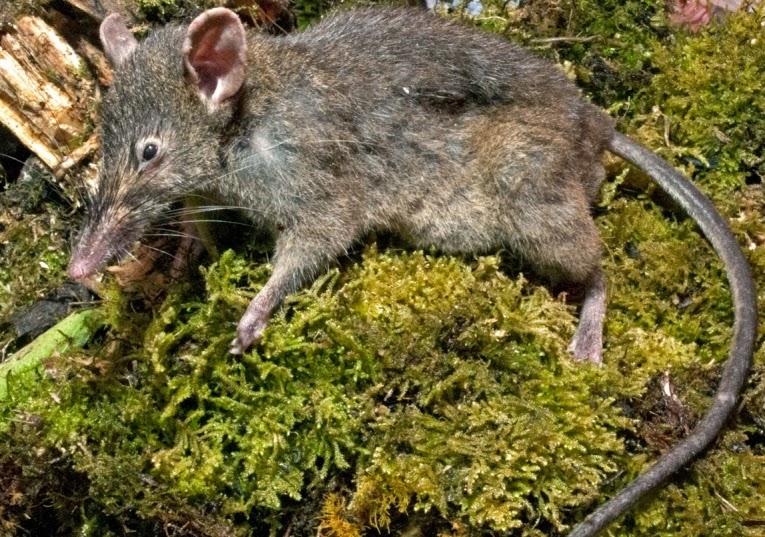 Distribution: Paucidentomys is known only from montane forest on Mount Latimojong and the transition between lowland and montane forest on Mount Gandangdewata, but probably occurs more broadly in mid- to high- elevation areas. The species may be endemic to the southwestern mountains of central Sulawesi.
Etymology: The generic name combines the Latin ‘paucus’ (few) with ‘dentis’ (tooth) and the Greek ‘mys’ (mouse) in reference to the lack of molars. The epithet is a hybrid of ‘vermi’ (worm) and ‘edax’ (devourer), in reference to the animal’s diet. "worm-eating few-toothed mouse"

Ecology: The stomach of MZB 35001 was distended by segments of earthworms, each 5–10 mm long. No other contents were found. Paucidentomys probably eats only soft animal tissues and perhaps only earthworms. The incisors probably serve to cut or tear earthworms into segments before they are swallowed. Paucidentomys is probably a terrestrial (i.e. not scansorial or arboreal) earthworm specialist restricted to moist forests above ca 1500 m.