ABSTRACT
Here we describe a new partial sauropod skeleton from the late Kimmeridgian (Late Jurassic) of the Lourinhã Formation, central west Portugal. The closely associated specimen comprises a complete tooth (with root), a fragment of cervical neural arch, an anterior chevron, and an almost complete right pectoral girdle and forelimb. The new sauropod, Zby atlanticus, n. gen. et sp., can be diagnosed on the basis of four autapomorphies, including a prominent posteriorly projecting ridge on the humerus at the level of the deltopectoral crest. Nearly all anatomical features indicate that Zby is a non-neosauropod eusauropod. On the basis of several characters, including tooth morphology, extreme anteroposterior compression of the proximal end of the radius, and strong beveling of the lateral half of the distal end of the radius, Zby appears to be closely related to Turiasaurus riodevensis from approximately contemporaneous deposits in eastern Spain. However, these two genera can be distinguished from each other by a number of features pertaining to the forelimb. Whereas previously described Late Jurassic Portuguese sauropods show close relationships with taxa from the contemporaneous Morrison Formation of North America, it appears that turiasaurians were restricted to Europe. All adult sauropods recovered in the Late Jurassic of Portugal thus far are very large individuals: it is possible that the apparent absence of small- or medium-sized adult sauropods might be related to the occupation of lower-browsing niches by non-sauropods such as the long-necked stegosaur Miragaia longicollum. 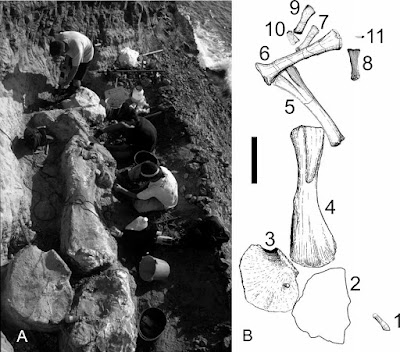 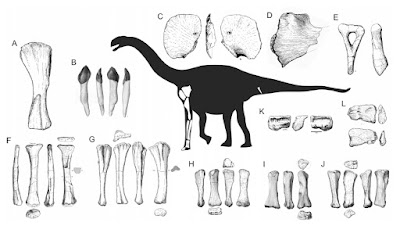