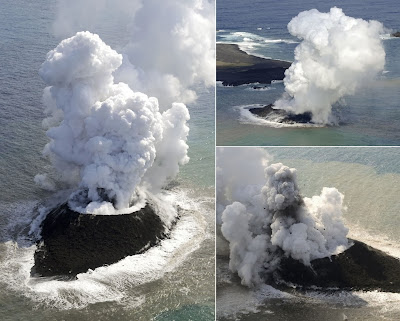 A new island was born today [20 Nov 2013] in the Pacific Ocean in Japan's Izu (or Volcano) island chain. It is produced by a new submarine eruption which is currently taking place about 500 m southeast of Nishino-Shima island.

The eruption was first spotted by Japanese navy this morning at 10:20 (local time) who documented surtseyan activity at the eruption site (explosive interaction of sea-water and lava, generating violent jets of steam and ash). It appears that the eruption has already built an island of about 200 m diameter in size, which suggests that the vent was already located in very shallow waters.

A small steam and ash plume rising to about 600 m. was reported by VAAC Tokyo. The last known eruption of the volcano occurred in 1973 . 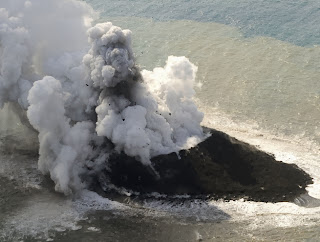 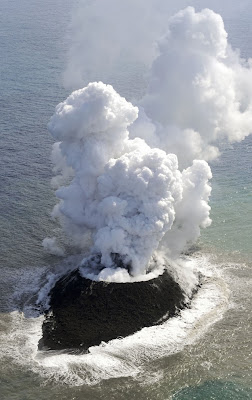 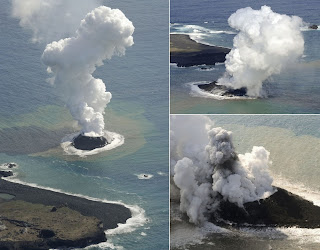