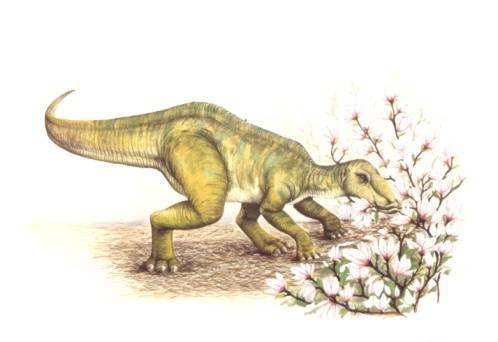 Abstract
Hadrosaurids form the most diverse and derived clade of ornithopod dinosaurs. Although well represented in Asia and North America, its presence in South America is known only from rare and fragmentary remains that are poorly documented and mostly unstudied. As a result, the impact of these animals on the phylogenetics and biogeography of hadrosaurids as a whole is poorly known. Here, we provide a revised and complete osteology of the type specimens and hypodigms for the only two taxa known from South America, Secernosaurus koerneri and Kritosaurus australis. Likewise, we infer the phylogenetic position and historical biogeography of South American hadrosaurids using a nearly complete taxonomic sampling of hadrosaurid species. Parsimony methods were used to infer phylogenetic relationships, whereas Fitch parsimony and Dispersal-Vicariance analyses were implemented to reconstruct ancestral areas. Kritosaurus australis is regarded as a junior synonym of Secernosaurus koerneri, based on a combination of iliac and pubic characters unique to these two taxa. Inclusion of S. koerneri within the genus Kritosaurus is not supported by the phylogenetic analysis. S. koerneri is inferred to be a member of the Kritosaurus-Gryposaurus clade within Saurolophinae, as the sister taxon to the Argentinean unnamed hadrosaurid from Salitral Moreno. Another unnamed hadrosaurid from Big Bend National Park, Texas, is positioned as the closest outgroup to the South American clade. The results of this biogeographical analysis supports the hypothesis that the Secernosaurus clade originated in South America during the late Campanian after a dispersal event (probably followed by vicariance) from southern North America before the end of that geologic stage.