Abstract
Mud snakes (Serpentes: Homalopsidae) are a morphologically diverse family of aquatic snakes distributed from eastern Pakistan, eastward through South Asia, mainland and maritime Southeast Asia, and extending to New Guinea and northern Australia. Some species of homalopsids represent the most abundant tetrapods in aquatic systems in tropical Asia, but with few evolutionary studies investigating their diversity with dense geographic and taxonomic sampling. The genus Hypsiscopus includes two named species that inhabit freshwater systems throughout most of Southeast Asia: H. matannensis of Sulawesi, and the widespread H. plumbea found in rivers, lakes, and rice paddies in the remainder of Southeast Asia. We use a multilocus dataset of two mitochondrial and three nuclear genes with dense sampling of H. plumbea to elucidate the evolutionary history of this genus. We find that H. plumbea is paraphyletic with respect to H. matannensis, with populations around and north of Central Thailand's Khorat Plateau phylogenetically outside of a clade containing H. matannensis and H. plumbea south of the Khorat Plateau. This lineage differs morphologically and genetically from H. plumbea sensu stricto (south of the Khorat Plateau) and H. matannensis. We describe this lineage as a third species of Hypsiscopus based on its phylogenetic position and meristic and color pattern data. This study exemplifies the need to investigate widespread, abundant taxa to better understand the evolutionary histories of aquatic snakes in Southeast Asia. 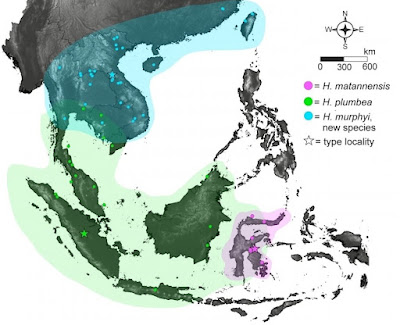 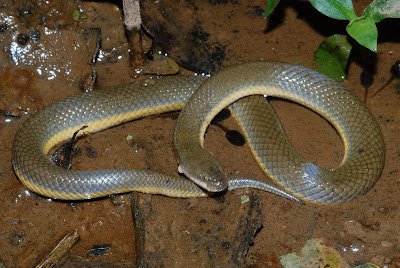 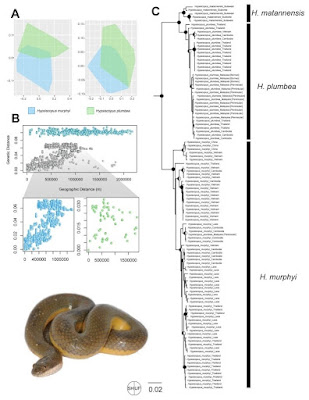