Abstract
Although the Atlantic Forest marmosets (Callithrix spp.) are among the best studied Neotropical primates, the Amazonian marmosets (Callibella humilis, Cebuella spp. and Mico spp.) are much less well-known. Even species diversity and distributions are yet to be properly determined because field data and materials currently available in scientific collections do not allow comprehensive taxonomic studies of Amazonian marmosets. From 2015 to 2018, we conducted 10 expeditions in key-areas within southern Amazonia where little or no information on marmosets was available. In one such region—the Tapajós–Jamanxim interfluve—we recorded marmosets with a distinctive pelage pigmentation pattern suggesting they could represent a new species. We tested this hypothesis using an integrative taxonomic framework that included phylogenomic data (ddRAD sequences), pelage pigmentation characters, and distribution records. We found that the marmosets of the northern Tapajós–Jamanxim interfluve have unique states in pelage pigmentation characters, form a clade (100% support) in our Bayesian and Maximum-Likelihood phylogenies, and occur in an area isolated from other taxa by rivers. The integration of these lines of evidence leads us to describe a new marmoset species in the genus Mico, named after the Munduruku Amerindians of the Tapajós–Jamanxim interfluve, southwest of Pará State, Brazil. 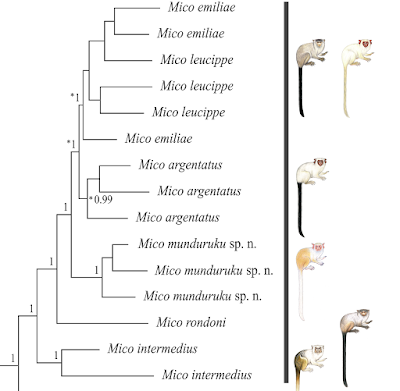 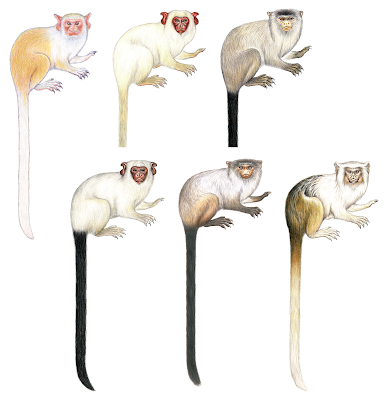 Diagnosis. The new species is unambiguously diagnosable from all other species of Mico by the possession of a white tail, feet and hands, white forearms with a beige-yellowish spot on the elbow, and beige-yellowish saddle.

Etymology. The specific epithet is a noun in apposition and honors the Munduruku Amerindians of the Tapajós–Jamanxim interfluve. 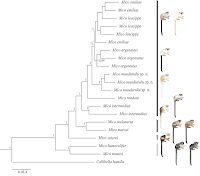 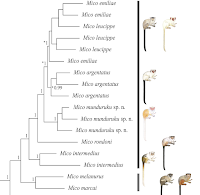 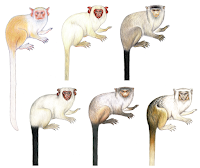