Abstract
Sauropod dinosaurs were the largest terrestrial vertebrates; yet despite a robust global fossil record, the paucity of cranial remains complicates attempts to understand their paleobiology. An assemblage of small diplodocid sauropods from the Upper Jurassic Morrison Formation of Montana, USA, has produced the smallest diplodocid skull yet discovered. The ~24 cm long skull is referred to cf. Diplodocus based on the presence of several cranial and vertebral characters. This specimen enhances known features of early diplodocid ontogeny including a short snout with narrow-crowned teeth limited to the anterior portion of the jaws and more spatulate teeth posteriorly. The combination of size plus basal and derived character expression seen here further emphasizes caution when naming new taxa displaying the same, as these may be indicative of immaturity. This young diplodocid reveals that cranial modifications occurred throughout growth, providing evidence for ontogenetic dietary partitioning and recapitulation of ancestral morphologies. 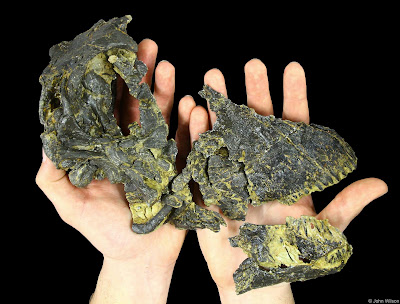 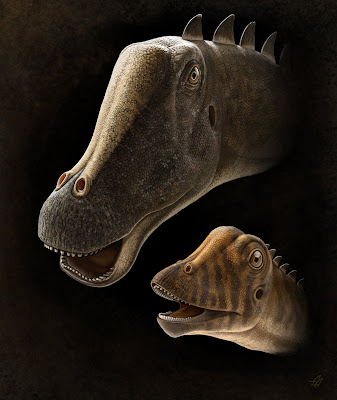 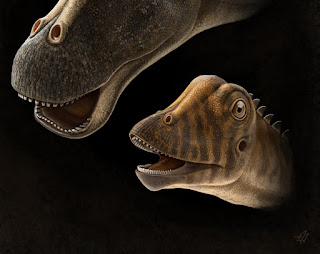 Within Dinosauria, there are small bodied taxa that display basal and derived characters and occupy unusual basal phylogenetic positions. The validity and position of such taxa has been disputed, and regarding sauropodomorph phylogeny, we would advocate that the combination of basal and derived characters and basal phylogenetic recovery should be recognized as an indicator of an immature ontogimorph – instead of a distinct taxon. In light of the current wealth of information pertaining to dinosaur ontogeny, we can no longer assume that all morphological differences correspond with phylogenetic distinctiveness. Accounting for ontogeny could prove as test for our phylogenies. Recognizing the ontogenetic age of immature specimens provides important insights into the life history of these animals. The immature Diplodocus specimen CMC VP14128 extends our understanding of the ontogeny of the genus and the evolution of diplodocids into new areas, where:

(1) The combination of basal and derived characters in the juvenile is broadly congruent with the phylogenetic transition from eusauropods to diplodocoids.
(2) The plesiomorphic tooth morphology is retained in immature Diplodocus and lost with maturity, and we predict this growth pattern will be seen in all other diplodocoids.
(3) As first proposed by Whitlock et al. (2010), tooth and skull morphology indicate that during growth Diplodocus inhabited different trophic levels/niches, where juveniles were generalists (i.e., browsers; Fig. 5) and more mature individuals were specialists (i.e., ground-level browsing), a pattern that we predict is ancestral for Diplodocoidea. 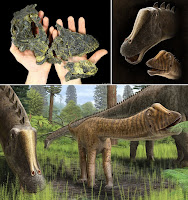