We describe a new red-bellied species of the microhylid frog genus Stumpffia from the Andasibe region (18°56' S, 48°25' E, ca. 900 m elevation) in central-eastern Madagascar. Stumpffia kibomena sp. nov. differs from all other described Stumpffia species in coloration, morphology, and by genetic differentiation in the mitochondrial 16S  rRNA gene (≥8.6% uncorrected p-distance to all other nominal species of the genus). It is furthermore distinguished from most other Stumpffia species by its advertisement calls. The new species is reliably known only from a few specimens collected in the Andasibe region and based on the limited knowledge we suggest its IUCN Red List classification as "Data Deficient". 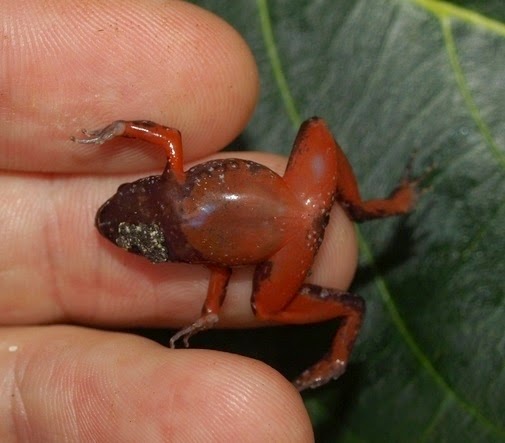