ABSTRACT
We describe a new species of Lower Jurassic (Hettangian/Sinemurian–Pliensbachian) ichthyosaur, Ichthyosaurus anningae, sp. nov., from west Dorset, England, U.K. The holotype of I. anningae (DONMG:1983.98), at least a subadult, is from the lower Pliensbachian Stonebarrow Marl Member (Charmouth Mudstone Formation). It is the most complete ichthyosaur known from this time interval worldwide. The species is assigned to Ichthyosaurus on the basis of humerus, forefin, and pectoral girdle morphologies. Diagnostic features of the species include a short, robust humerus with prominent processes; a femur in which the proximal width is almost as large as the distal width; and a very small femur relative to the humerus (humerus/femur ratio >1.7). Four other specimens, at least three of which are juveniles, are referred to this species. The new species may display sexual dimorphism in humeral morphology, but this cannot be confirmed due to a lack of stratigraphic information. With the recognition of I. anningae, at least three and possibly as many as five ichthyosaur species, representing three genera, are known from the Pliensbachian. 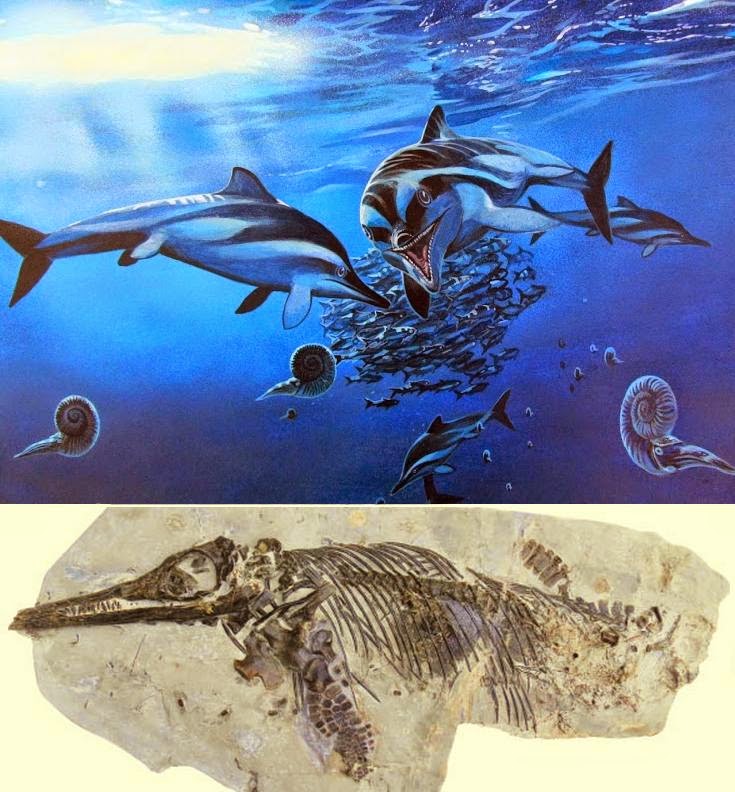 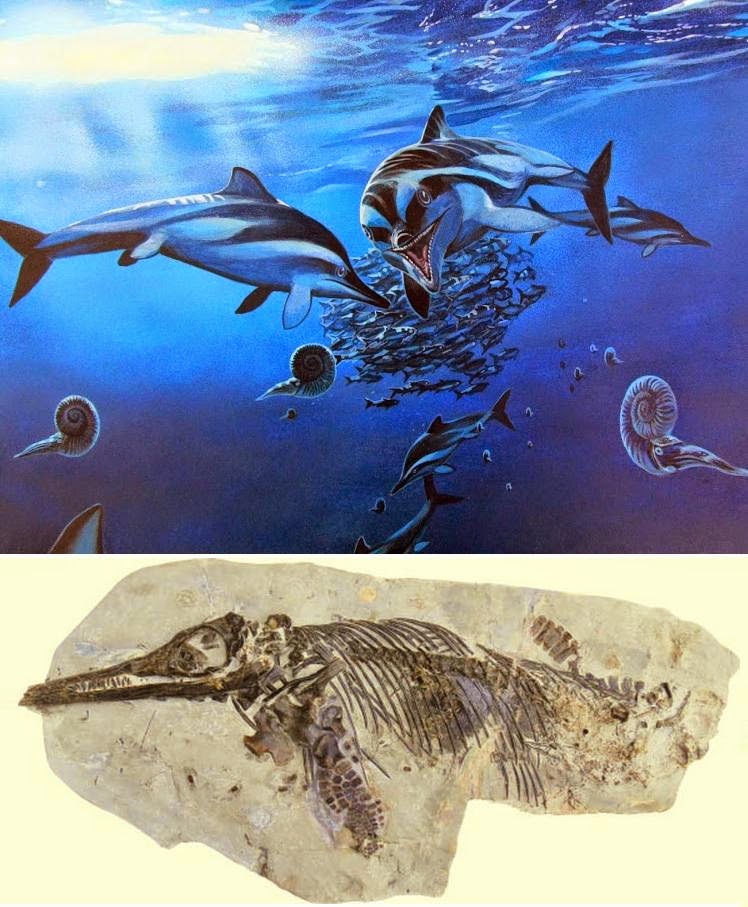 Secret of extinct British marine reptile uncovered
A new species of ichthyosaur, an extinct marine reptile which was alive at the same time as the dinosaurs, has been identified from a fossil found on Dorset’s Jurassic coast.
http://www.manchester.ac.uk/discover/news/article/?id=13922
http://www.natural-history-conservation.com/DoncasterIchthyosaur.pdf