[Herpetology • 2014] Echinotriton maxiquadratus • A Missing Geographic Link in the Distribution of the Genus Echinotriton (Caudata: Salamandridae) with Description of A New Species from southern China 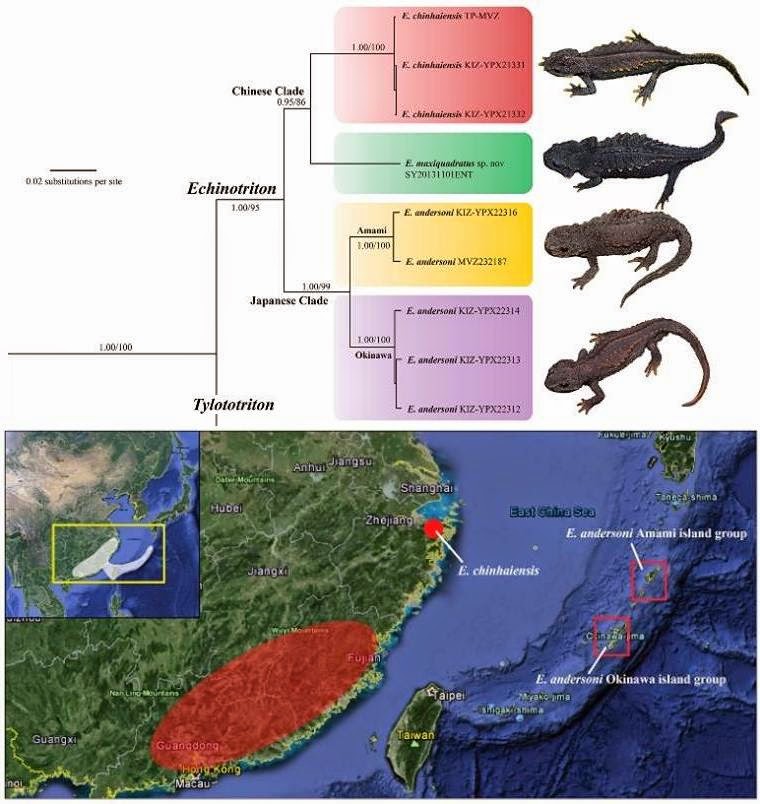 Disjunct geographic distribution of a species or a group of species is the product of long-term interaction between organisms and the environment. Filling the distributional gap by discovery of a new population or a species has significant biogeographic implications, because it suggests a much wider past distribution and provides evidence for the route of range expansion/contraction. The salamandrid genus Echinotriton (commonly known as spiny salamanders, spiny newts, or crocodile newts) has two species that are restricted to two widely separated areas, one in eastern Zhejiang province, China and the other in the Ryukyu Archipelago of Japan. It has been hypothesized that Echinotriton was once continuously distributed between the two areas through a historical land bridge that connected mainland China, Taiwan, and the archipelago. Finding fossils or relic populations along the postulated distribution are strong evidence for the hypothesis. Hundred-twenty-two years after the description of E. andersoni and eight-one years after that of E. chinhaiensis, we discover a third species of Echinotriton in southern China, which fills the distributional gap of the former two species. Species status of the new species is confirmed through molecular phylogenetic analysis and morphological comparison. Mitochondrial DNA indicates that the new species is sister to E. chinhaiensis, while nuclear DNA does not support this relationship. The new species has a very large quadrate projection, a single line of lateral warts pierced by distal rib extremities, normally developed 5th toes, and conical skin tubercles. Our discovery supports the hypothesis that there was a continuous distribution of Echinotriton from eastern coastal China to the Ryukyu Archipelago. We suggest that other species of this genus may also be found in Taiwan. Due to the rarity of this new species, we urge all hobbyists to refrain themselves from collecting this salamander or leaking locality information if encountered, and boycott any trading. 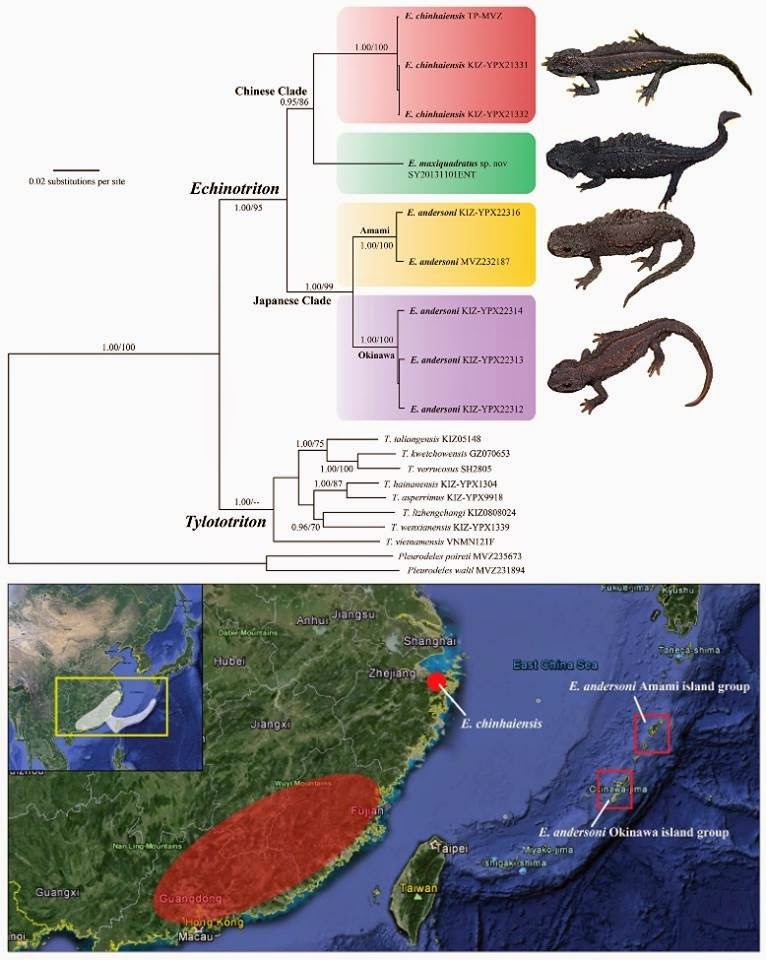