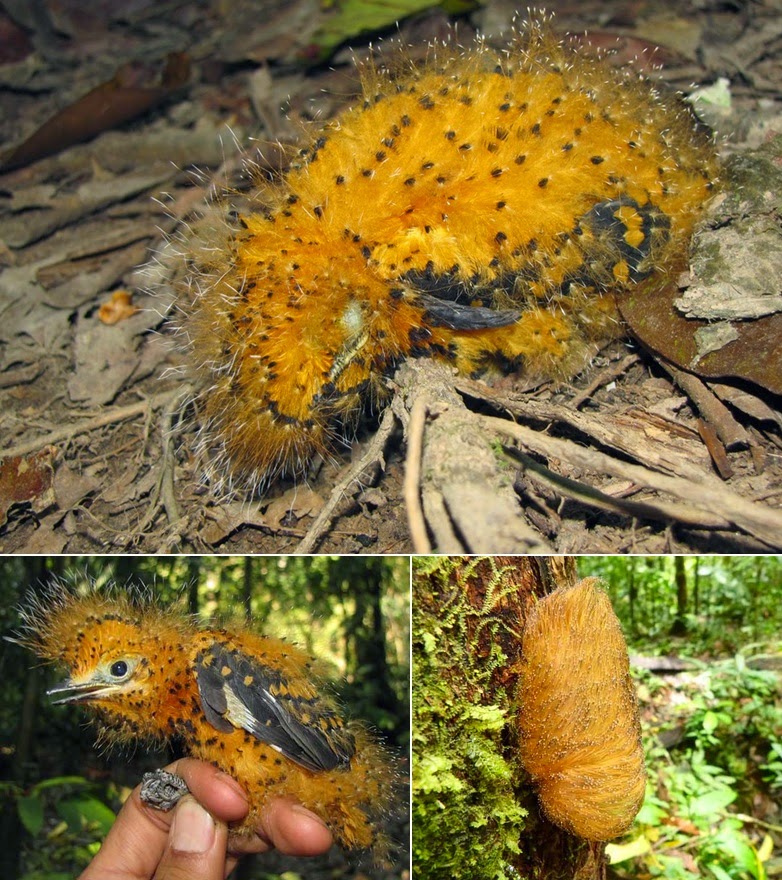 Abstract
Because predation is the main cause of avian nest failure, selection should favor strategies that reduce the probability of nest predation. We describe apparent Batesian mimicry in the morphology and behavior of a Laniocera hypopyrra nestling. On hatching, the nestling had a distinctive bright orange color and modified feathers all over its body, and 6 days after hatching, it started to move its head very slowly from side to side (in a “caterpillar” movement) when disturbed. These traits gave it a resemblance to a hairy, aposematic caterpillar. This species has a long nestling period for its size (20 days), perhaps due to slow provisioning rates (about one feeding per hour). We argue that the slow growth rate, combined with high nest predation, favors the evolution of antipredation mechanisms such as the unique morphological and behavioral characteristics of L. hypopyrra nestlings. 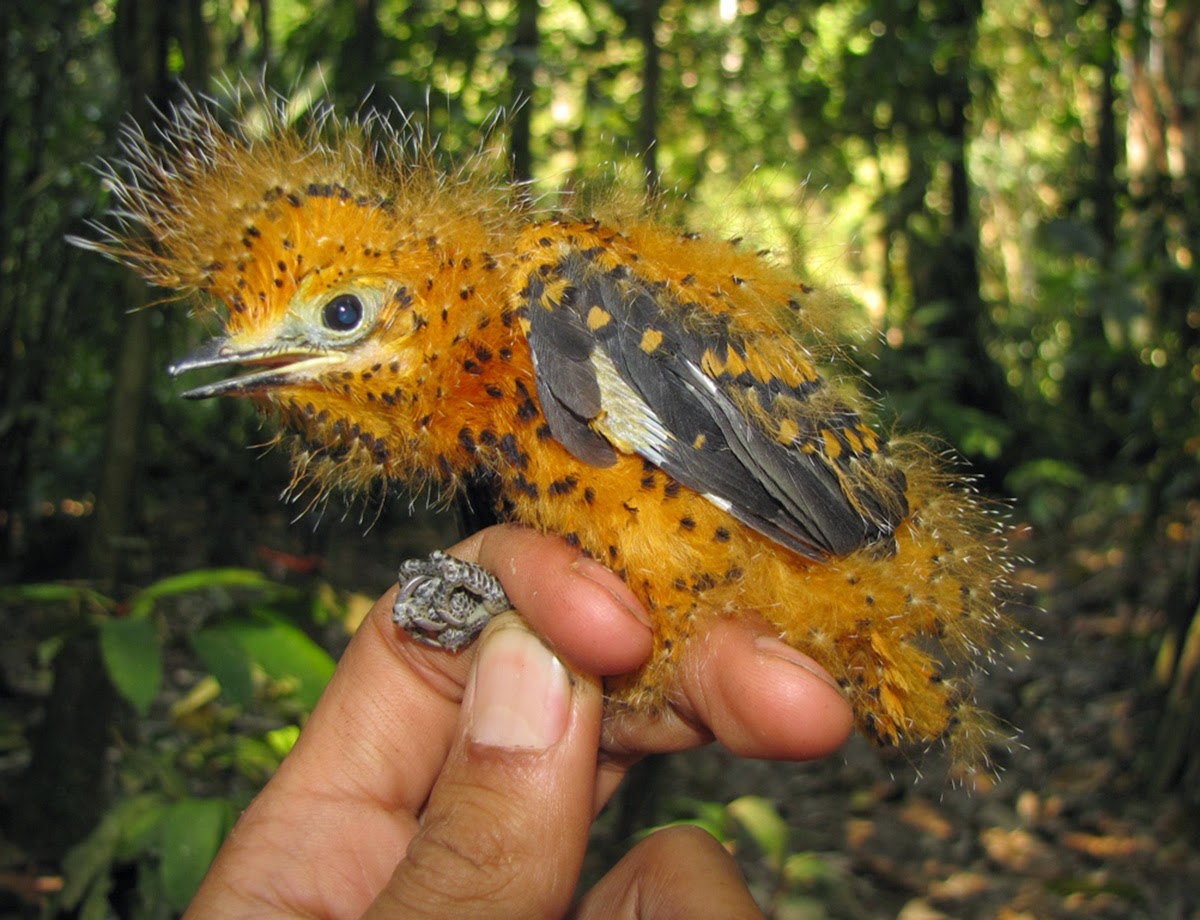 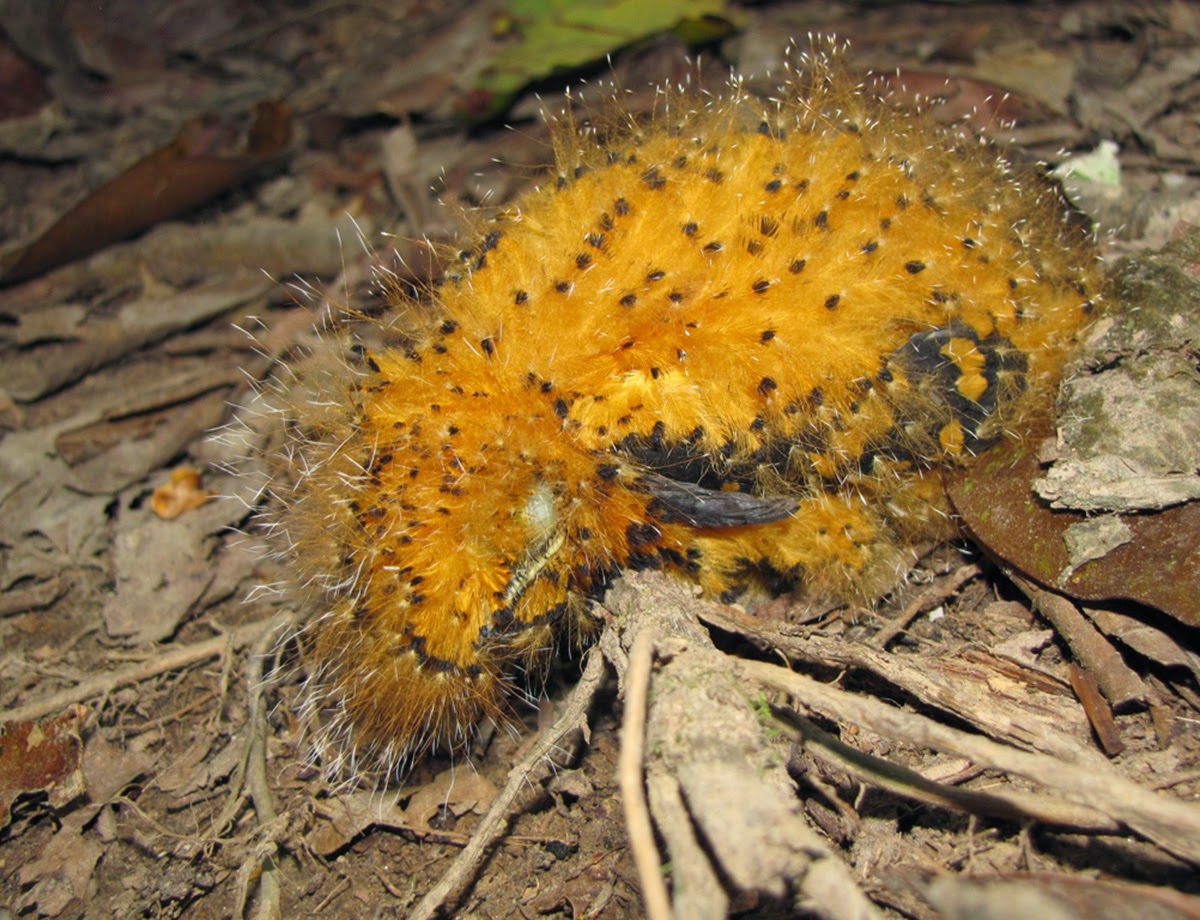 Gustavo A. Londoño, Duván A. García and Manuel A. Sánchez Martínez. 2014. Morphological and Behavioral Evidence of Batesian Mimicry in Nestlings of a Lowland Amazonian Bird. The American Naturalist. DOI: 10.1086/679106 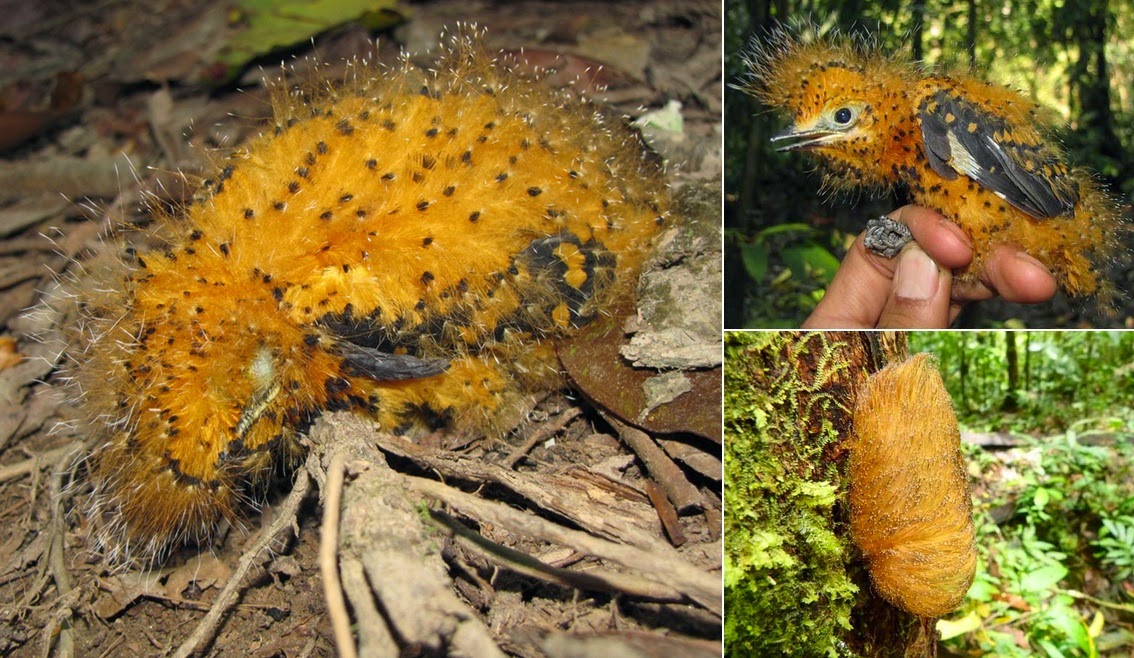