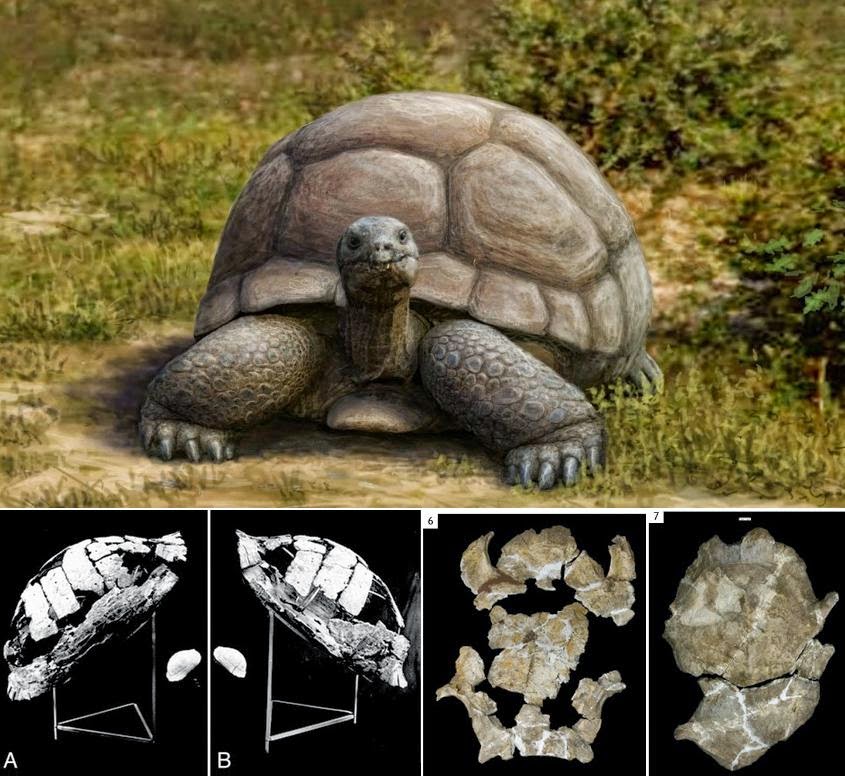 Fossil testudinids are known in Europe since the Eocene, with several taxa of medium size (from more than 0.3 m to less than 0.7 m) recognized in the Palaeogene record, most of them being poorly known. The size of several European Neogene taxa was larger (between 1 and 2 m). These large testudinids were relatively abundant and diverse, ranging from the early Miocene to the Pleistocene. However, there is a nomenclatural gap at the generic level for the Neogene forms, as their generally used assignment to the more primitive Eocene Cheirogaster cannot be sustained. This is because relatively little material has been assigned to the described species, and also because of the absence of a detailed study comparing all of the European taxa. Here, the European Cenozoic taxa are incorporated for the first time in a data matrix, so that a hypothesis on their phylogenetic relationships is justified. This study identified the large testudinids from the Neogene of Europe as belonging to a monophyletic clade, assigned to the new genus Titanochelon. The hitherto poorly understood ‘Testudo’ bolivari, proposed nearly a century ago but lacking diagnosis, is analysed in detail. It is recognized as the best-represented large testudinid from the European record, and is identified as the type species of Titanochelon gen. nov. Its comparison with the other Neogene species allowed a detailed study of the new genus and an analysis of its phylogenetic relationships with the other European taxa.

Adán Pérez-García and Evangelos Vlachos. 2014. New Generic proposal for the European Neogene Large Testudinids (Cryptodira) and the First Phylogenetic Hypothesis for the medium and large representatives of the European Cenozoic record. Zoological Journal of the Linnean Society. 172, 653–719. DOI: 10.1111/zoj.12183