[News 2012] The death of Lonesome George and the extinction of the Pinta Island Giant Tortoise Chelonoidis nigra abingdonii (Günther, 1877) 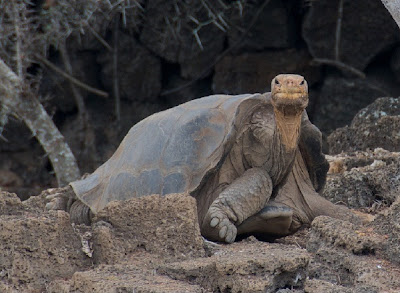 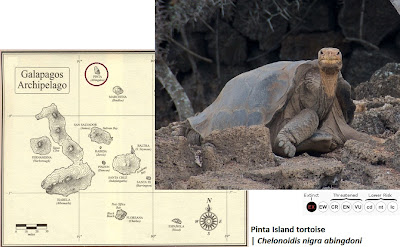 On 24 June 2012 Edwin Naula of the Galápagos National Park announced the death of a Giant Tortoise named Lonesome George at the Charles Darwin Research Station on Santa Cruz Island. Lonesome George had been a resident of the Station since 1972, after it was discovered that his native habitat on the remote, volcanic, Pinta Island had been devastated by introduced feral goats. 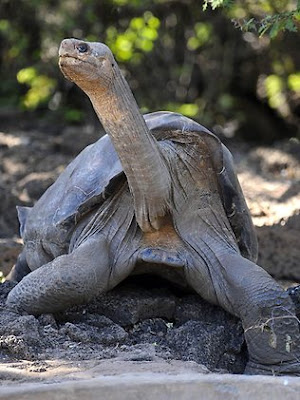 Lonesome George was almost certainly the last member of his species, the Pinta Island Giant Tortoise, Chelonoidis nigra abingdoni, (there is another male Tortoise rumored to be a member of the species in Prague Zoo, but this animal has never been formally described in any scientific publication), meaning that his death comes the extinction of the species. The Charles Darwin Research Station had made several attempts to mate Lonesome George with females of the closely related Isobella Island Tortoise, Chelonoidis nigra becki, but this had failed to produce viable eggs (note: technically Chelonoidis nigra abingdoni and Chelonoidis nigra becki are subspecies, but most biologists define species as reproductively isolated units, which would seem to apply here). This was combined with the clearing of feral goats from Pinta Island, with a view to re-introducing the (hybrid) tortoises; it is likely that the Island will now be re-populated by Tortoises from elsewhere in the Galapagos. 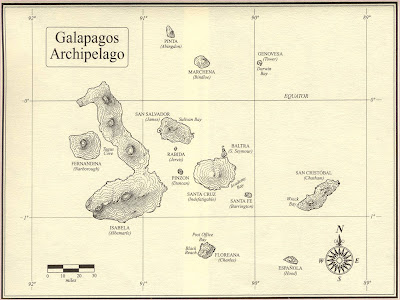 The Galapagos Islands have (or had) a distinctive fauna of Tortoises, with many islands, and some regions on larger islands, having evolved their own distinctive strains of Tortoise adapted to local conditions. When Charles Darwin visited the Galapagos in 1835 the Vice Governor of the islands, Nicholas Lawson, boasted of being able to tell what island a tortoise originated from at a glance. 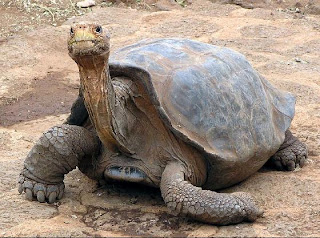 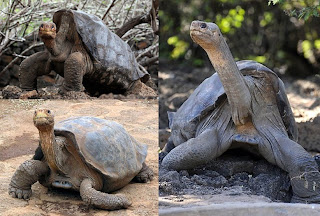 by Joe Bauwens: The death of Lonesome George and the extinction of the Pinta Island Giant Tortoise. http://sciencythoughts.blogspot.com/2012/06/death-of-lonesome-george-and-extinction.html