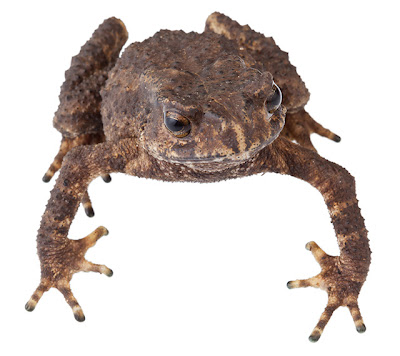 We saw several of them of different sizes in Pange and on our way from Ziro to Pange. The adult measured roughly 80 mm and it did not secrete sticky mucus when handled. However there were some secretions from the skin and could be distinguished from the distinct smell and sticky sensation after they were handled. It had an indistinct ridge on the head and the warts were less keratinized than in D. melanostictus or D. himalayanum. The fore limbs were longer than the latter species. The parotid glands are distinct but have a diffuse margin. Third finger was longest and the second finger was shortest. The feet had large prominent inner metatarsal tubercles. There were large palmar tubercles on the hands, suggesting a cursorial habit of the species. The sides of the fingers and toes had spinous warts. Under high magnification the warts on the dorsum had a rounded base with a pointed tip at the centre. The tympanum or the ear was indistinct and smaller than the pupil. Ventral surface of the skin was granular throughout. There was faint barring on the limbs. The webbing score was 20 out of max of 23. We found individuals as large as 80 mm. This species probably has a wide distribution in the hills of the northeast. 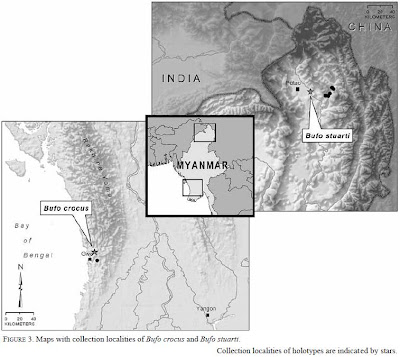 Dubois, A. and Ohler, A. 1999. Asian and Oriental toads of the Bufo melanostictus, Bufo scaber and Bufo stejnegeri groups (Amphibia, Anura): a list of available and valid names and description of some name bearing types. Journal of South Asian Natural History: 133-180.