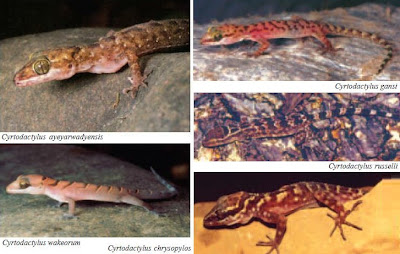 Seven new species of the gekkonid lizard genus Cyrtodactylus are described on the basis of material collected by the Myanmar Herpetological Survey. These include four small to moderately sized species with relatively short digits and three larger species with long, slender digits. Among the smaller forms two are allied to C. khasiensis; one from the Ayeyarwady delta and adjacent lowlands, the other from higher elevations in the Chin Hills. The remaining small species, from Alaungdaw Kathapa National Park (Sagaing Division) and Rakhine Yoma Elephant Range (Rakhine State) are probably most closely allied to C. consobrinoides. The large-bodied forms include the apparent sister species of C. slowinskii, from far northwestern Myanmar, and two other, distinctive species from Mon State and Shan State, respectively. A dichotomous key to the sixteen species of Cyrtodactylus known from Myanmar is presented. The discovery of seven new species of the genus suggests that each hill range, as well as isolated peaks, may be expected to harbor endemic species of geckos. The collections of the Myanmar Herpetological Survey in areas to the west of the Ayeyarwady River complement historical collections derived chiefly from areas to the south (the former Lower Burma) and to the west of the central arid zone. 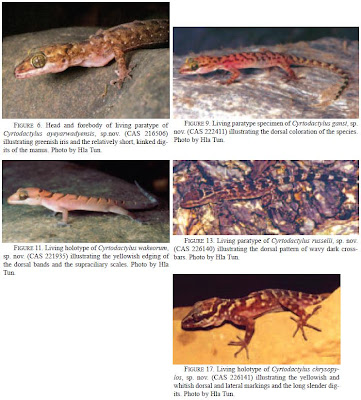 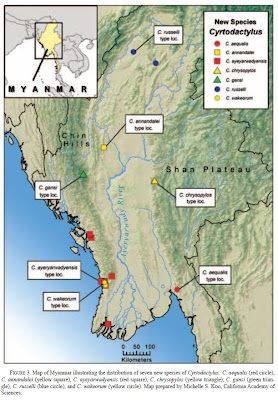