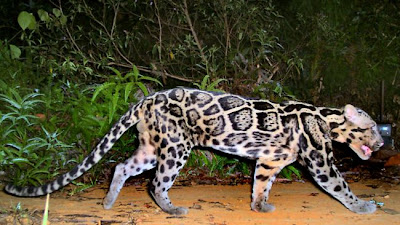 Summary
The clouded leopard, Neofelis nebulosa, is an endangered semiarboreal felid with a wide distribution in tropical forests of southern and southeast Asia, including the islands of Sumatra and Borneo in the Indonesian archipelago. In common with many larger animal species, it displays morphological variation within its wide geographical range and is currently regarded as comprising of up to four subspecies. It is widely recognized that taxonomic designation has a major impact on conservation planning and action. Given that the last taxonomic revision was made over 50 years ago, a more detailed examination of geographical variation is needed. We describe here the results of a morphometric analysis of the pelages of 57 clouded leopards sampled throughout the species' range. We conclude that there are two distinct morphological groups, which differ primarily in the size of their cloud markings. These results are supported by a recent genetic analysis. On that basis, we give diagnoses for the distinction of two species, one in mainland Asia (N. nebulosa) and the other in Indonesia (N. diardi). The implications for conservation that arise from this new taxonomic arrangement are discussed. 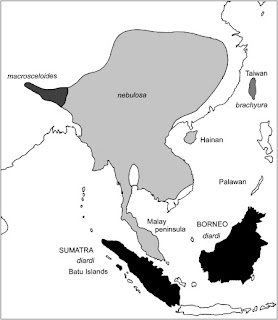 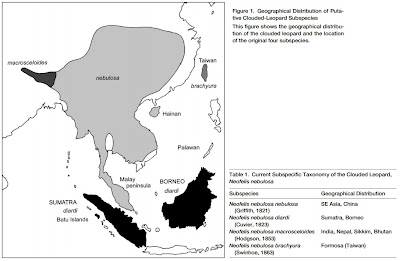 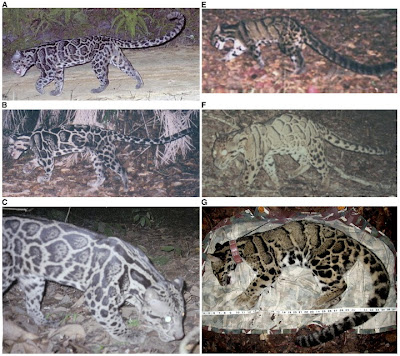 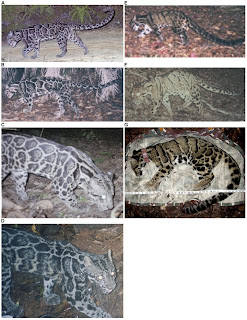