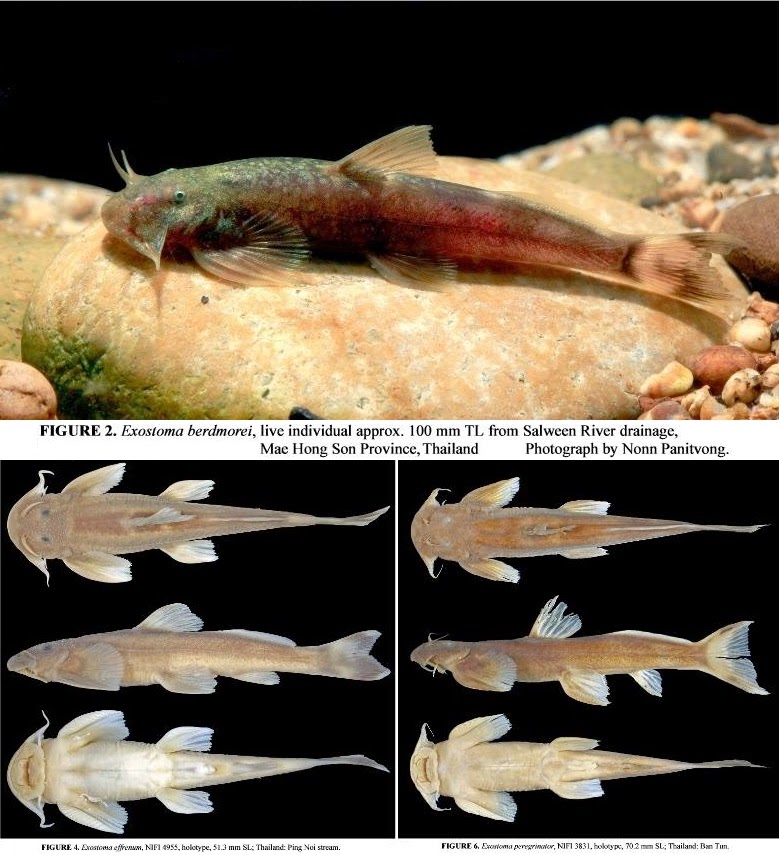 Abstract
We review members of the sisorid catfish genus Exostoma known from Thailand. Three species are recognized, of which two from the headwaters of the Chao Phraya River drainage in northwestern Thailand, are described here as new: Exostoma effrenum and E. peregrinator. In addition to the two new species, E. berdmorei (which is here redescribed) is also known from the Salween River drainage in western Thailand. The three species can be distinguished from each other and other congeners by the morphologies of the adipose and caudal fins, as well as morphometric data for the eye diameter, head width, dorsal-to-adipose distance, body depth at anus, caudal-peduncle length, caudal-peduncle depth, and numbers of branched pectoral-fin rays and preanal vertebrae.